The TranStar Corporation are attempting to contain and extract abilities from an alien race they have captured and named the Typhon. After a failed attempt, Morgan Yu must uncover the secrets on Talos 1 and get to the center of the Morgan Yu’s past and what it really means to be a TranStar employee. 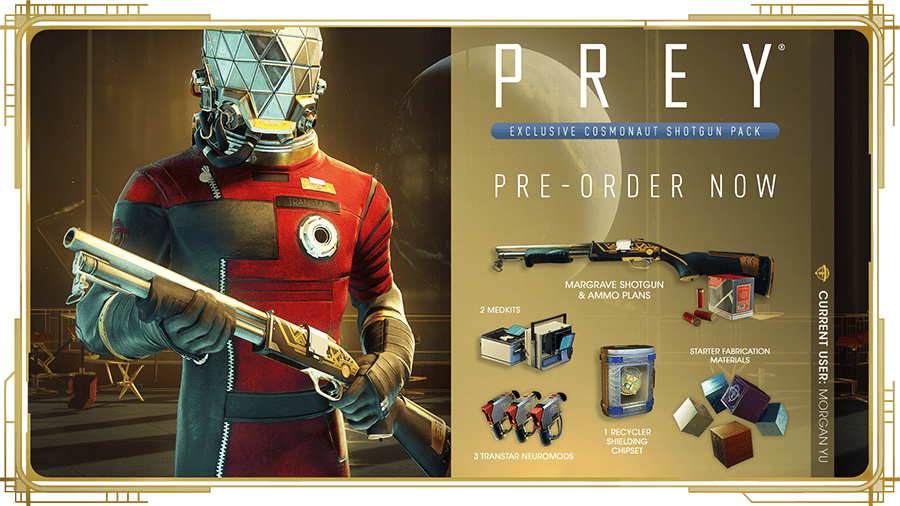 If you pre-order the game, you’ll have access to exclusive weapon and booster features to get you started in Prey including,

Who will you play as in Prey?

As the Prey main character, Morgan Yu. You discover early on that you are aboard Talos 1, working with the TranStar, standing proudly in your uniform to help the team carry out their experiments.