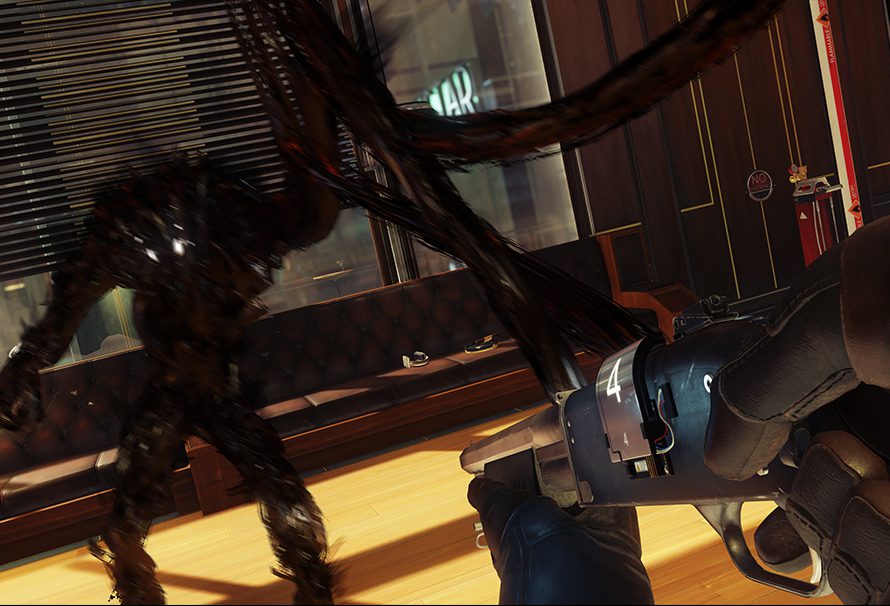 SPOILER WARNING! Please be aware that this gameplay video does contain story spoilers for the first hour of the game.

Last week we were invited over to Bethesda to get some hands on time with Prey, the next title being made by Arkane Studios the developers who were behind the Dishonored franchise. We were lucky enough to play the first hour of the game and explore the first areas of the Talos 1 space station.

Players jump into the role of Morgan Yu, a cleverly selected gender-neutral name as players can pick whether they are either female or male at the start of the game. Morgan is a guinea pig who is exploited by the Transtar Corporation in order to test out their new Neuromod technology. Life starts off pretty mundane as you wake up each morning, completing a couple of tests and then rinse and repeat. However, things start to feel a bit out of sorts when the tests start to feed back unexpected results. From here the game launches the player into what could potentially be an epic and deep story with plenty of plot twists. Even after the first hour I felt gripped and wanted to know more about the protagonist Morgan and the Talos 1 space station. 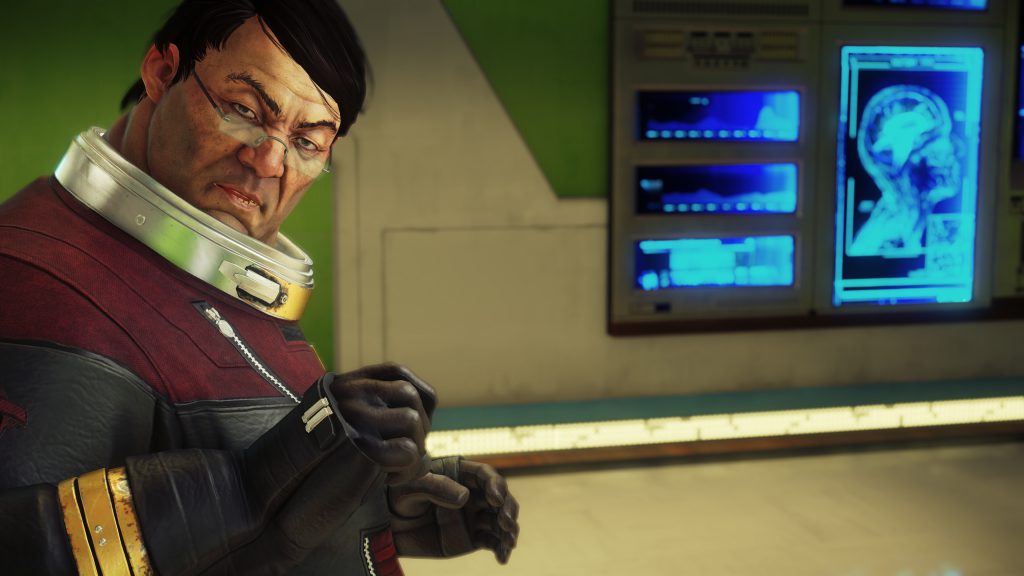 Prey is able to tell its story whilst the player is in the driving seat. Much like games such as Bioshock, the narrative is told as you play the game. Whilst you explore the Talos 1 you are able to read emails, watch videos and get constant audio updates from your AI companion January (Think Cortana in Halo). This method of story telling really draws the player into Prey’s dark and mysterious world. Making the game feel a bit like the original System Shock games that many gamers, including myself, fell in love with a fair few years ago.

Adding to the overall futuristic, yet creepy ambiance is the games soundtrack which is nothing short of amazing. From the music playing as the titles roll, to the adrenaline inducing music that kicks in when in the throws of battle, the soundtrack is the amalgamation between retro sci-fi and futuristic synth-wave which in turn fits perfectly with the games overall feel.

Prey’s developers, Arkane Studios are well known for their work on the Dishonored series which in my opinion is more stealth based. Prey on the other hand feels more like an all-guns-blazing affair which is more up my street. However both Prey and Dishonored highlight that the player can play the game their way and this is very much apparent in Prey. For example, there is one moment in where you are tasked with escaping from your apartment, I favoured one way which seemed the most obvious to me whilst I was told after my play through that there were other ways out of the apartment. It’s methods like this that add to Prey’s replay value and will encourage players to replay the game from the very beginning. 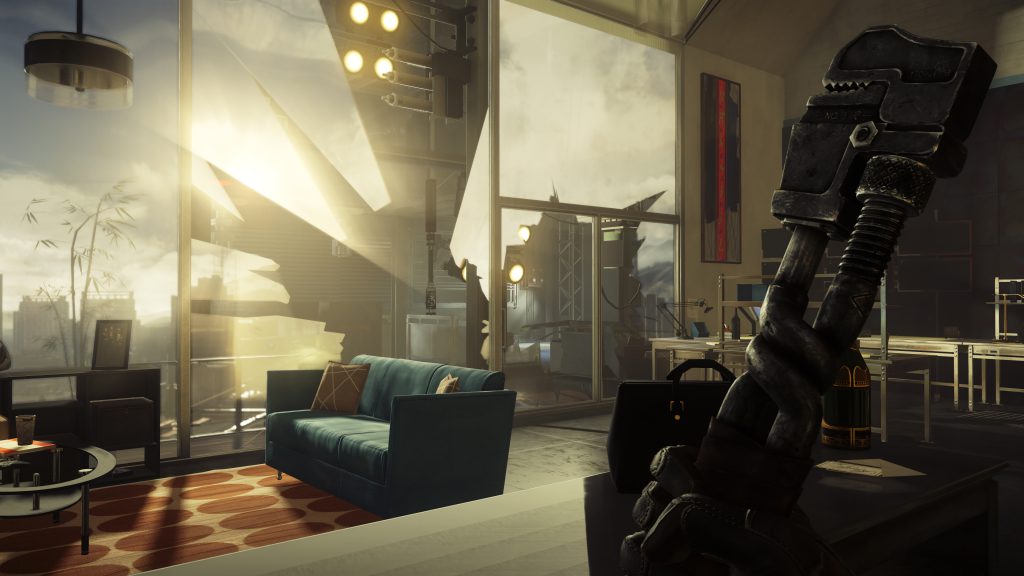 I felt very much at home with Prey’s combat. Unlike Dishonored I felt like I wasn’t forced in to having to do stealth in order to survive. Even though we weren’t able to use the Typhon powers that Morgan will be able to use later in game, we were able to use a variety of weapons such as The Wrench, Shotgun, Pistol and Gloo Cannon. The Gloo Cannon is a lot of fun to use and is essential for taking down even the smallest of Typhon enemies, as it is able to freeze them in mid combat allowing you to equip your wrench and smash them into tiny pieces. This is the perfect tactic should you be swarmed by a horde of Mimics.

Mimics are the smallest of the Typhon enemies and and are able to assume the form of anything around them. Many a time I found myself hitting waste paper bins just to make sure that a Mimic wasn’t going to jump out at me. It is a great way to give the player a constant feeling on unease whilst exploring Talos 1 as you can never quite trust anything. We also got the opportunity to fight Phantoms. A larger Typhon enemy, the Phantom is a nimble biped which is able to phase and strafe in order to dodge attacks, The Gloo Cannon isn’t as effective on the Phantom as it is on the Mimics, but fire enough Gloo at it and it will eventually stop in it’s tracks. This in turn makes ammo conservation quite difficult.

If you do find yourself low on ammo you are able to recycle rubbish in order to create materials. These materials can be made using a recycler machine, these are dotted around Talos 1 and are usually accompanied by a Fabricator. The Fabricator is able to take your recycled materials and create them into useful items such as weapons and ammo and it is a great way for you to create some much needed items in a pinch. This also adds an interesting dynamic to your inventory management as you can fill your pockets full of rubbish quite easily. 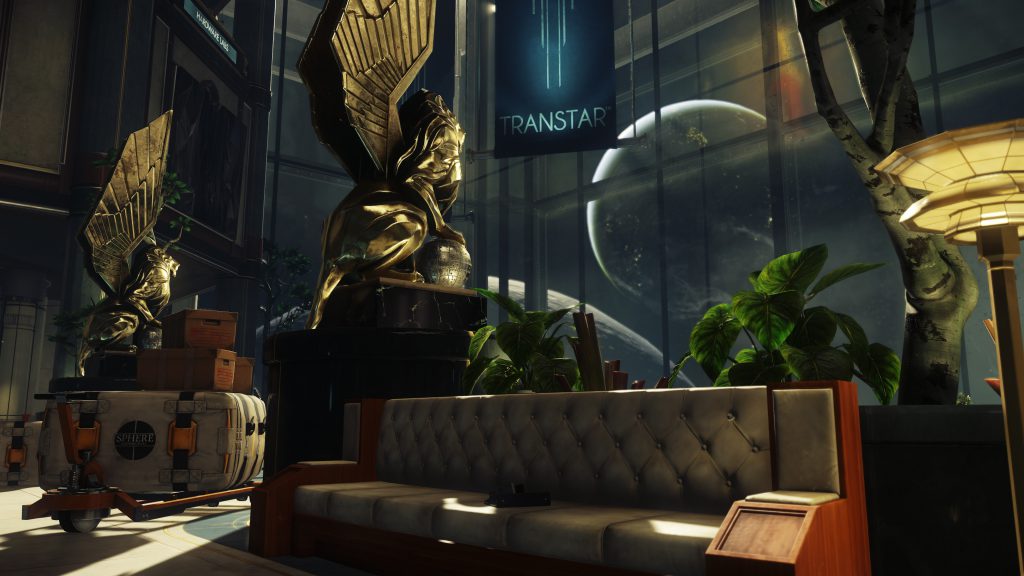 Weapons and skills are also upgradeable. Morgan can upgrade his/her skills by finding Neuromods around Talos 1 which then can be added to his/her skill tree. Skills are broken down three sections; Scientist, Engineer and Security with each focussing on a different element of Morgan’s skill. Weapons are also upgraded by using Weapon Upgrade kits which can be found around the space station. These are great additions that add to the character building in Prey, adding more emphasis to ‘playing your way’.

After an hour with Prey, I can say that I am impressed. This is a fun game with an engrossing story and very immersive world. I can’t wait to get my hands on the full game on the 5th of May.

You can check my full play through of my hour gameplay in the video above. Stay tuned to Green Man Gaming as we will be uploading another video with added commentary soon.

You can Pre-Purchase Prey from the Green Man Gaming Store right now.