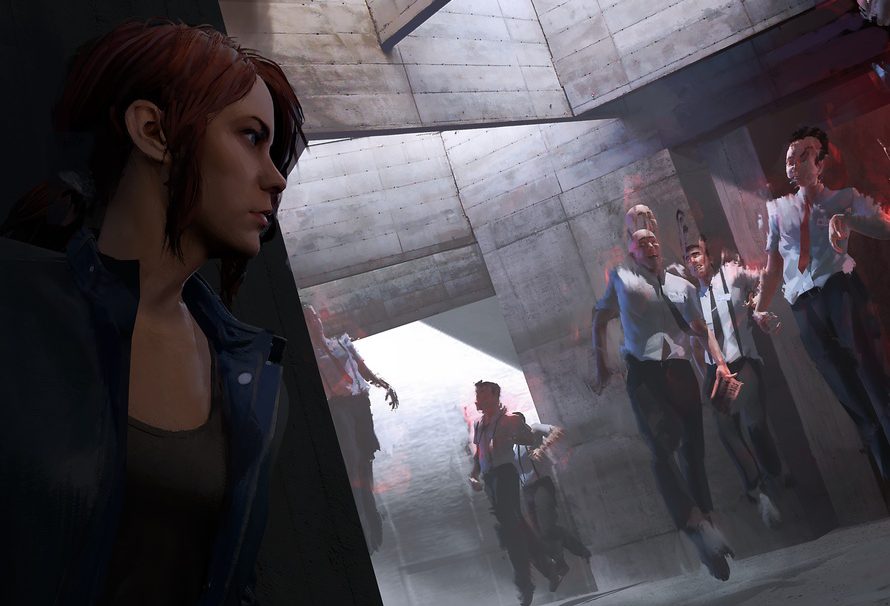 Horror is such an interesting genre, representing a huge portion of the entertainment industry, never mind games. And yet, so many people are cut off from exploring these set of experiences for worry of jump scares, horrific nightmares and general fear. I should know, as I’m one of them.

It’s a shame, as many people enjoy getting their heart pumping but simply don’t want to go all-in and subsequently end up curling up in a corner jumping at the sight of their own shadow. That’s why we’ve put together a list of the best games to play if you are a true scaredy-cat but still enjoy the rush. Whether that be outright horror or titles that feature major horror elements, we’ve got you covered.

As a young kid, the big wide world seemed a terrifying place. Everything was amplified from the dark to animals to strangers. That’s where Dynamic Pixel’s Hello Neighbor comes in. The survival horror focuses on stealth tactics as players must investigate their new, mysterious neighbour’s secret basement.

Utilising artificial intelligence to track movement, the creeping man is never too far away, always laying traps and making sure you are keeping out of his private business. Available across practically every platform, Hello Neighbor offers a lot in its 10-hour story. It’s also highly replayable, and never goes too dark for both an entertaining but tense outing. If you don’t trust us of its quality then believe the 30 million sales shifted across all platforms.

Think of ever every classic, tropey horror film. That pretty much makes up the best parts of Until Dawn. The interactive horror drama is the crown jewel of Supermassive Games’ catalogue, featuring a great line-up of personalities, an absorbing story and most importantly, plays as a perfect party game.

Yes, it’s not something you can finish in one sitting but with every character assigned to a different person, it can make for some memorable nights with friends. Though it may be cheesy and predictable for those used to horror, the group aspect grants it a place on this list.

Many entries in the Resident Evil series are true staples of what horror in video games means. It’s likely one of the first games people think of, albeit has ventured from horror-survival to horror action to whatever Resident Evil 6 was over the years – meaning there are a few releases worth trying for the not so brave of us.

Resident Evil 5 was selected because it blends third-person shooter action with horror elements and is actually a lot of fun; if not a bit wacky by the time the credits roll. Being able to play the entire story alongside a partner helps to fight the frights too. However, if you are feeling plucky, Capcom’s remake of Resident Evil 2 is absolutely worth mustering up the courage to play through due to its sheer brilliance.

Remedy Entertainment’s action-adventure following the trials and tribulations of Jesse Faden as she investigates the Federal Bureau of Control is a must-play. It’s creepy, moody and throws up a number of surprises throughout but never veers too far that you have to stop and walk away for a breather.

One stand out (of many) is the music that encompasses the world and really resonates the peculiar, paranormal and perilous nature of the setting that Control is based.

Zombies, zombies, everywhere, and not enough to kill. Dead Rising has been a hugely popular series since its inception back in 2006, seeing a protagonist (typically Frank West) trapped in a location and forced to use every object at their disposal as a weapon against the living dead.

More comical than scary, there’s great challenge to progressing as earning the best scores will result in the best rewards, making the carnage of taking out the meatbags even more delicious.

Delving into the world of VR briefly, Rocksteady’s latest release is set between Arkham City and Arkham Knight, as Batman must face his biggest nightmares… literally. A short-experience at around the 2-hour mark, every moment is felt to its full because of the technology as well as some surreal scenarios that will make any comicbook fan glee.

There’s an overarching sense of dread but Batman Arkham: VR never actually goes full horror and plays on what’s going on in your head instead of what’s actually happening in-front of your eyes.

Parkour with zombies. What more could you ask for? Dying Light is a first-person survival horror set in the open world city of Harran. Though the not so walking dead are a plenty, they never truly feel horrifying during the day.

More so, the further player’s progress the less threatening enemies become and you start to feel more and more of a badass than anything. With a promising sequel in the works, Dying Light bring fast-paced action coupled with high suspense and is absolutely worth the purchase.

All too often overlooked, Prey follows Morgan Yu’s exploration of space station Talos I, where the adventure relies much more on atmosphere than jump scares – though there are a few. The gloomy, cosmic escapade from the Dishonored developers offers satisfying combat and a cool narrative that results in an essential get for sci-fi horror lovers.  If you enjoy this, and feel like upping the ante, then Creative Assembly’s Alien: Isolation should be your next pick.

Little Nightmares is true to its name, throwing up odd monsters and unusual adversaries from start-to-finish. Everyone is super freaky as Six – the game’s hero – journey’s through various common childhood nightmares to try and escape The Maw.

It can be quite uncomfortable and distressing due to the survival elements but in some ways, it’s sort of cute. Like Muppets gone bad or something from Labyrinth. Creepy but cuddly.

Set in a dystopia, Inside sees you controlling a faceless boy in an almost unrecognisable world that has been shred of colour and soul. The less you know about the game the better but for comparison-sake, think of the works of David Cronenberg. As humans and other creatures constantly chase the young boy, there’s a great sense of macabre, alongside a captivating narrative that is drip fed until the final curtain. Stick with it and the rewards are plentiful.

Which one is your favourite? Comment below and head over to the Green Man Gaming Community site to join the conversation with all our gamers.