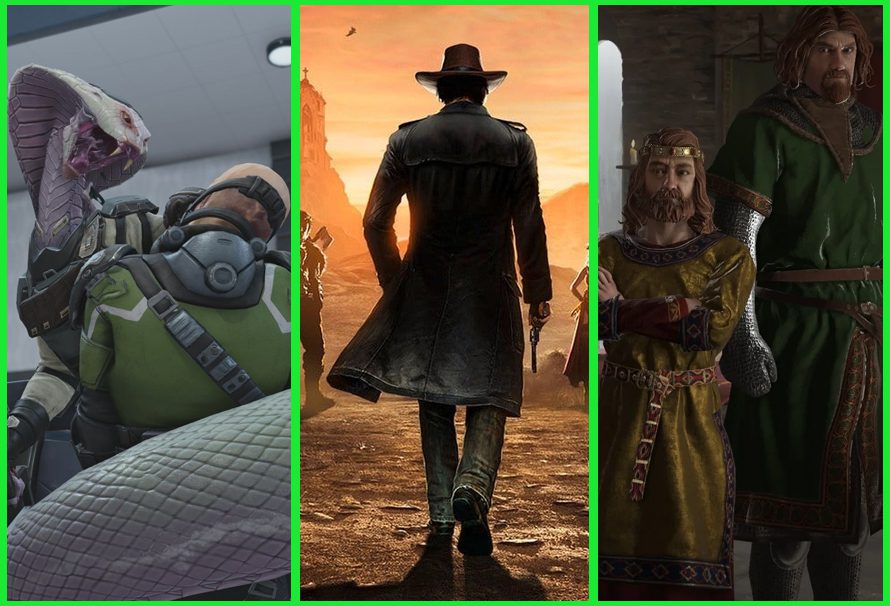 Greetings, strategos. If you’re here it’s because you have a passion for strategy. You may love the strategy of the battlefield, grand strategy, or the strategy of managing an empire, but whatever it is – you have to have some strategy in your life. Planning your moves, seeing them play out, and dealing with the consequences. It’s all music to your ears.

That’s why we’re here, to talk strategy with you and give you the lowdown of the absolute best strategy games released this year. So ready your maps, grab your binoculars, and get ready for the top 10 strategy games of 2020.

Crusader Kings III sees you travel back to medieval times to take control over a dynasty as you try to carve out a fiefdom for yourself and your descendants. With one of the most in-depth simulations of medieval politics ever created, Crusader Kings III will hold your attention for years. It’s also the perfect anecdote generator, as you’ll be killing off relatives, getting stabbed in the back by your spouse, and making a donkey your spymaster. It’s all just another day in Crusader Kings III.

The Trojan War is one of the great legends of the world, so getting to take control over the campaign from a variety of perspectives is a dream come true for many strategy fans. Will you see Troy crumble before the Aegean hordes, or will you defend against Agamemmnon and his pesky pals? Replay history’s most famous war from the comfort of your own home. With new DLC adding deadly Amazons, there’s even fresh blood to stir into your strategy brew.

Gears Tactics is that rare creature, a game that takes an established series and puts its own spin on it – successfully. If you’ve played one of the more recent XCOM games you’ll be at home here, but there’s enough twists and turns that mix up the action, and keep you pumping with Gears’ trademark aggression. Gears Tactics is both familiar and different enough to keep strategy fans happy, and you’ll definitely not regret diving into its chunky turn-based combat.

The old west isn’t just full of cattle and cowboys, it’s filled with strategy too. In Desperados III you undertake a series of missions with your gang of outlaws, each with their own unique abilities that’ll help you sneak or fight your way to your objectives. Desperados III is tough but brilliantly rewarding, getting through its levels will be an achievement you can shout about.

Ah the high seas, there’s no place better. Apart from your own Carribean island paradise, of course. As a new governor you’ll build up your Carribean colony amongst the Dutch, Spanish, French, and English as you fight for supremacy in Port Royale 4. Trade, take part in naval battles, and survive as you take your burgeoning colony to new heights. Just beware, the seas are beautiful, but they can be deadly too.

A more bite-sized strategy game, XCOM: Chimera Squad takes the series to City 31, a shining example of human and alien co-operation, but a city that’s under threat. With new classes, a new interleaved turn system, and a new breaching system, you’ll be busting doors down and knocking human and alien heads in one of 2020’s top strategy games. With immense replayability built into the game and a multitude of ways each battle can play out, XCOM: Chimera Squad may be a smaller entry than other XCOM games, but it’s no less of a time stealer.

You read that right. One of the top 10 strategy games of 2020 is a game originally released in 1995. But with updated visuals, upscaled cinematics, a remastered soundtrack, and a UI that’s been modified to be more easy to use, Command & Conquer Remastered shows the world how remasters should be done. No matter what year it is, this remains one of the best games out there.

You may be familiar with Factorio but in the good year of 2020 it was released out of Early Access and into a full release. That’s right, Factorio hit 1.0. If you’ve ever wanted to tame a planet and use its resources to fuel a vast machine of your designing, then Factorio is the game for you. It’s surprisingly simple to pick up, and before long you’ll have your own sprawling factory across the planet’s surface.

Crusader Kings III takes a grand approach to medieval strategy, Mount & Blade II: Bannerlord is the opposite side of a coin. You control a person, singular, at least at the start. From there, Mount & Blade II starts to build up in scale. You’ll recruit new allies, build an army, take control over territory, make enemies, find love, and much more in this medieval life strategy game. You’ll be taking direct control over your character, riding forth to battle with your soldiers, giving orders as they unleash hell on your enemies. If you’ve ever wanted to feel like you’re living that medieval noble life, Mount & Blade II: Bannerlord will scratch that itch. If you want more info, guides, and articles about it, head on over to our Bannerlord hub and get armed with knowledge.

A stalwart of the strategy genre is the card game, and card games rarely get better than in Legends of Runeterra. Released earlier in the year in April, Legends of Runeterra’s unique selling point is that it lets you see the results of actions before you take them. This lets you plan out your moves with authority and confidence, but beware, you can still make mistakes and time is often not on your side. Often frantic, always rewarding, Legends of Runeterra is one of the best strategy card games out there.
There you have it, our picks for the top 10 strategy games of 2020. If you’re a strategy fan you should find something here that will satisfy your cravings.

What’s your favourite strategy game from 2020? Hit us up on the forum and have your say, we’d love to hear what you think.