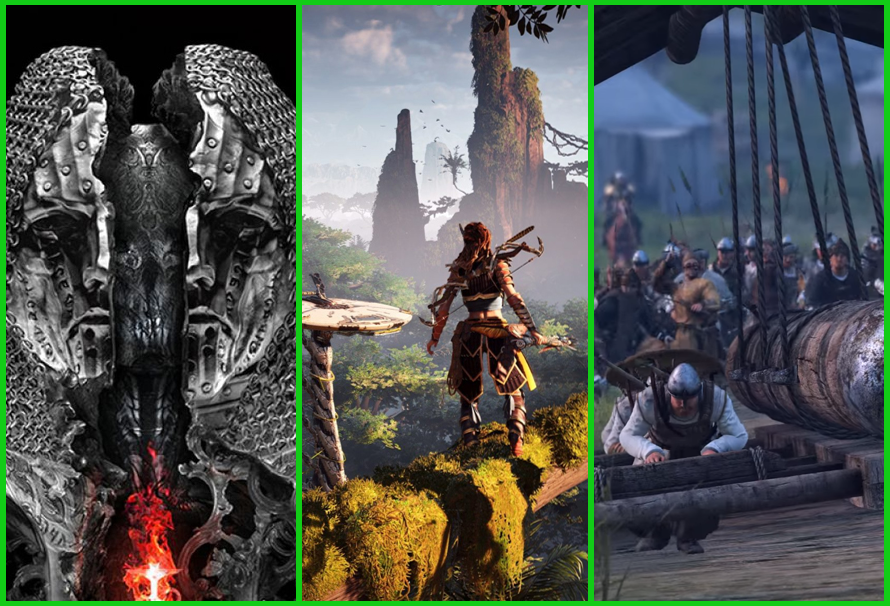 Got a spare hundred hours or so that you can sink into the latest RPG? Then we have you sorted, because in our top 10 RPGs of 2020 feature, we’ll clue you into ten of the best RPGs that this year has to offer. Whether you’re stalking some monsters in a deep, dank cave, or fighting your way through a mutant apocalypse, you’ll want to leave your social calendar at the door.

A highly sophisticated action RPG set in the remnants of a grim, nihilistic world, Mortal Shell certainly takes a chunk of inspiration from the likes of Dark Souls, but it also boasts a fair few unique mechanics of its own too. Chiefly, while you’ll find the dead corpses of warriors past strewn across Mortal Shell’s unrelentingly dark world, you start to even the odds by possessing these fallen champions and absorbing their skills in the process.

Find out more about Mortal Shells Lore and Story.

A tactical, turn-based RPG roguelike (try saying that three times quickly) set against the backdrop of an epic struggle against an intergalactic force called the Imperium, Star Renegades deftly blends anime and 32-bit JRPGs stylings in a way that feels both refreshing and unique. As you take your band of titular Star Renegades across the galaxy in a series of on-going battles against the Imperium, you’ll bolster your ranks with new officers and soldiers who themselves are the progeny of a previous generation of warriors in your army. Simply put, Star Renegades is just as much about laying waste to your intergalactic enemies as it is about building bonds between your warriors to secure the future. Top stuff.

From the same magnificent minds that brought us the stellar likes of 80 Days and Heaven’s Vault, Pendragon whisks players back to AD 673 where Camelot has fallen and the legendary Round Table must reform themselves in order to save a wayward King Arthur. In practice, Pendragon assumes an isometric perspective and has players directing the members of the Round Table around a board, meeting with local villagers and nobles in order to rebuild their shattered reputation. A narrative strategy game that is different with every playthrough, Pendragon is easily one of the most unique RPGs you can buy.

One of the best free to play adventures available, Phantasy Star Online 2 is an opulent MMORPG that updates the iconic online RPG with stunningly vivid visuals and an endless array of missions and raids to keep players occupied for months and even years to come. Where Phantasy Star Online 2 truly soars however, is in its combat system in which its ultra-responsive conflicts feel much more like a third-person action adventure such as Devil May Cry, rather than the somewhat stunted battles seen in other MMORPG offerings. Oh and also, did we mention it was free to play?

A third-person action RPG that encompasses the World’s Mightiest Heroes, Marvel’s Avengers does a grand job of transplanting the iconic heroes and villains of Marvel into a thunderously epic action RPG the likes of which has never been seen previously. With a palpably entertaining single-player campaign and a swathe of online multiplayer missions, raids, free additional content and special quests that are unique to each superhero, Marvel’s Avengers is an action RPG that is every bit as epic as its titular marquee superheroes.

For more check out our beginners guide to Mount and Blade 2: Bannerlord

Boasting ultra-responsive controls and a flair for the extravagant, Hades is an action RPG that you soon won’t forget. Forged by the practiced hands that brought us the award winning likes of Transistor, Bastion and Pyre, Hades commands that players plumb the depths of the Greek mythological underworld and deal with its unsavory denizens by spell and sword. An immensely fine-tuned take on the hack and slash formula pioneered by Blizzard’s Diablo, Hades blends roguelike design and deep, character driven storytelling to create a dungeon crawling odyssey that stands heads and shoulders above the rest.

Making its leap from PlayStation exclusivity, Horizon Zero Dawn touches down on PC with no shortage of grandeur. Boasting cutting edge visuals and sound, Horizon Zero Dawn puts players in the shoes of Aloy, a determined warrior seeking to discover her own past amidst a machine-dinosaur apocalypse. With an emphasis on third-person adventure, combat tactics and a deep storyline filled with intriguing characters, Horizon Zero Dawn is the sort of Hollywood blockbuster style epic that only comes along once in a generation.

Check out our guide to the best weapons in Horizon Zero Dawn.

It’s quite likely that had Bethesda never bought the Fallout license in some alternate timeline, that Wasteland 3 is pretty much what that legendary franchise would look like. As it is, Wasteland 3 serves as a timely reminder that isometric, turn-based tactical RPGs with many hours of gameplay under their belt are as relevant today as they were 20 years ago. Set in the frigid wastes of post-apocalyptic Colorado, Wasteland 3 is a stunningly non-linear adventure that invites players to resolve situations by confrontation, conversation, stealth or subterfuge. Encompassing a sprawling world that seemingly gets bigger with every playthrough, Wasteland 3 is a toweringly excellent RPG that will make mincemeat of your social calendar.

Feverishly anticipated for the better part of two decades, Baldur’s Gate 3 has finally been willed into existence by the fantastically talented folks at Larian Studios who previously brought us the incredible Divinity: Original Sin games. Set many years after the events of the previous entry in the series, Baldur’s Gate 3 welcomes players back to the iconic Forgotten Realms setting with completely revamped turn-based combat, origin driven character narratives, gorgeous visuals and over 1.5 million words of dialogue Simply put, Baldur’s Gate 3 is a next-generation RPG in every way that a game can be and shouldn’t be missed.

Find out more about every race currently confirmed in Baldurs Gate 3.

Looking for something a little different? check out our guide to the top 10 FPS games of 2020.