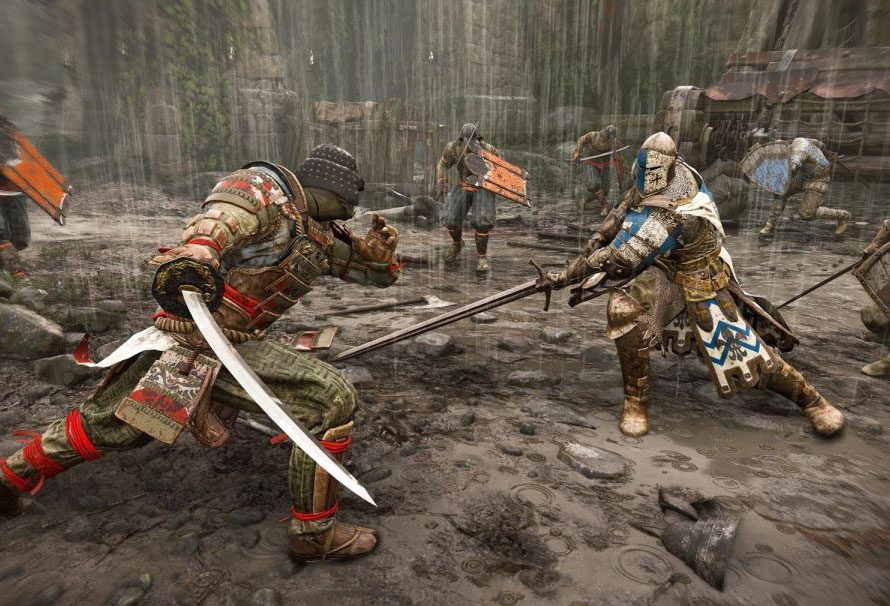 The For Honor beta came to an end today, and we were fortunate enough to try out the new tactical multiplayer battle game from Ubisoft this weekend and put our best knight’s flail forward! Here’s everything we learned from the beta and why we’re excited for the full launch on 14 February.

Possibly one of the best third person melee combat systems we’ve seen. Yes, it is daunting at first, but once you get the hang off the complex battle system, it is accessible and extremely rewarding once mastered. The gameplay doesn’t necessarily mean learning combos and moves, it’s all about mastering strategy and learning when to attack, when to block and when to just quit and run. Although we played mainly as the Vikings, including the Raider and Berserker, each hero has very unique playstyles and you’re forced to adapt to their abilities and your opponents skills. The maps are incredibly detailed and the environments have been well thought through to complement gameplay, although we wish there were less ledges to prevent the overwhelming amount of insta-kills.

Always a part of the game that would be heavily scrutinised, as there are so many characters and there has to be a good level of fair PvP fighting. The good news is that all the characters seem pretty well balanced, which makes for great fights, with no clear winner. Although some classes do have stronger abilities, another character could excel in defence. It’s all about knowing your strengths and admitting your weaknesses. The weapons are a great unique addition and really differentiate each character and give their playstyle more depth.

There are 5 online multiplayer modes and we put three to the test in the For Honor beta!

Duel: A great practice to really hone your skills, you’ll also be up against like minded individuals to really test yourself! The ease and accessibility of this mode is fantastic and a popular one to jump in and out of.

Brawl: A 2v2 duel, ideal for playing online with friends, a lot of satisfaction in this mode, especially when you win multiple games!

Dominion: Probably one of the modes that needs some work before launch, as with larger multiplayer modes in general, certain gameplay is always frowned upon (COD camping I’m looking at you) but always seems to get the wins. This does happen slightly in Dominion, with a complicated scoring system that doesn’t seem to benefit the lone ranger going for the 1v1 kills. The mechanics are fun and with some special abilities that seem a little bit too special including buffs, bear traps and stun bombs, it does get crazy!

Overall, the visuals are incredible and the complex battle system adds to the realistic feel of the game, it’s not the hack and slash we thought it would be, for all the right reasons. For Honor does require tactics and patience, but once you feel comfortable with the controls, it’s a lot of fun.