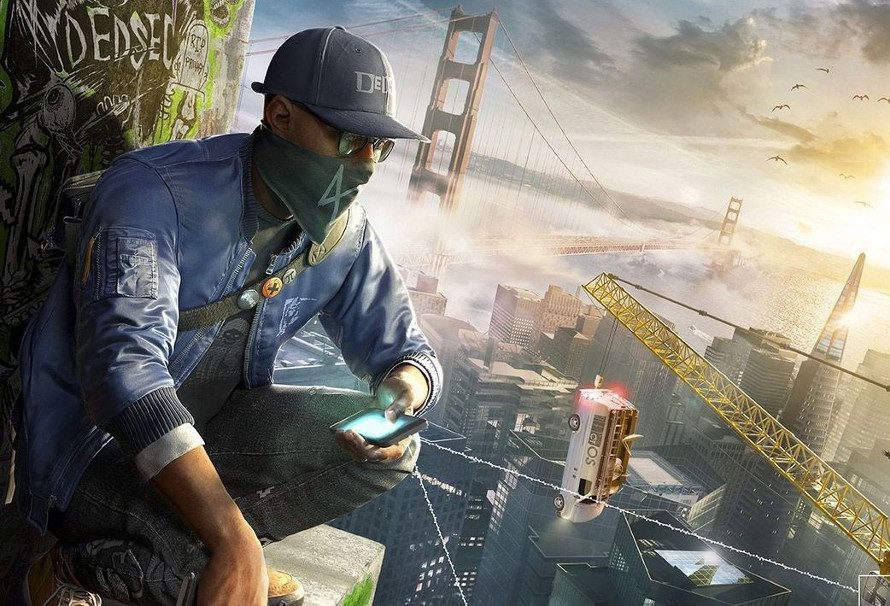 Watch Dogs 2 was quietly a success, mostly overlooked because of the average-ness of its predecessor, it didn’t do enough to convince gamers that it was that much of an improvement, as well as coming out alongside some heavy hitters like FFXV, Dishonored 2 and Harvest Moon: Skytree Village. However, I’m here to tell you it’s the Watch Dogs game you deserve, and you definitely deserve to pick it up in a sale and give it a go.

Watch Dogs 1 took place in Chicago, whereas the sequel has moved the game to shiny San Francisco. Not only is the topography more interesting in SF, but the city is well-known as the home of the tech industry, Silicon Valley lies just outside the city, and therefore fertile ground for a story and characters that revolve around being on the cutting edge of technology and a all-connected world. Nothing against Chicago, but it was quite grey and, as far as I’m aware, does not have a high number of tech giant HQs and campuses. San Fran is colourful, varied and has a permeable atmosphere that is the best ground for a Watch Dogs game.

You play Marcus Holloway, and unlike Aiden Pierce, he has a personality and a dress sense. In fact you can buy new clothes like in GTA, so even if you don’t like the character you can change his look. But why wouldn’t you like Marcus? He’s witty and clever, he has a group of cool hacker friends and is just as likely to sneer and make a jab at that person taking endless selfies and pictures of their food as you are. Personally I like his style and his agile movements, he feels like a young criminal out to undermine the huge organisations that are totally taking over the world, man. The characters may be more larger-than-life than before, and that may turn people off, but let’s face it, would you prefer too much personality or too less?

As I’ve already mentioned, Watch Dogs 2 takes place in San Francisco amongst the fictitious tech giants that closely align to our own. Super corporation Nudle is their Google equivalent, and the game addresses several topics that concern us today like privacy, security and an always connected world, but fronted by an innocent, altruistic,  almost religious marketing. Even bugbears such as not being able to use a gadget because the new version has removed the port make an appearance, it feels like Watch Dogs 2 definitely knows it’s audience. Marcus is part of a hacking group called DeadSec, which is a more glamorous version of real-life hacker group Anonymous. They have cool branding, even cooler outfits and Marcus can put headphones on during missions to listen to music. Because what young person doesn’t wear their earbuds at every opportunity?

The world of Watch Dogs first captured the imagination of the gaming industry when it promised a city that was entirely connected, and hackable from your character’s phone. Traffic lights could change, cameras could be switched off, even intercity trains could be controlled. What resulted was a lot of shoot-outs, car chases and admittedly cool melee takedowns, but hacking was seen as just too much effort. Now though, you can sit across the street from your objective and, using drones, hacked self-driving cars and other gadgets, you don’t even need to draw a gun. This fits the fantasy of being a master hacker. You don’t need anything apart from your phone and wits. You’re like the bad guys in Die Hard 4.0, scaring everyone shitless with your ‘e-bombs’.

Like most Ubisoft games these days, drones are there in all their glory. I think the Tower Designer at Ubisoft was sacked and then brought back on with a fake moustache as Drone Designer. Either way, drones and more tech means that the hacking potential is so much higher than before, and Marcus controls a mini-army of robots and electronic systems to overcome his missions. It’s not just mission critical stuff either, Marcus can use his phone to call Uber-like taxis, create music playlists and snap selfies. Watch Dogs 2 has taken the premise of the first game and really ramped up the parts that should’ve made it stand out in the first place.

Have you played Watch Dogs 1 or 2? Do you agree that 2 was better? You can pick up Watch Dogs 2 in our Summer Sale right now.