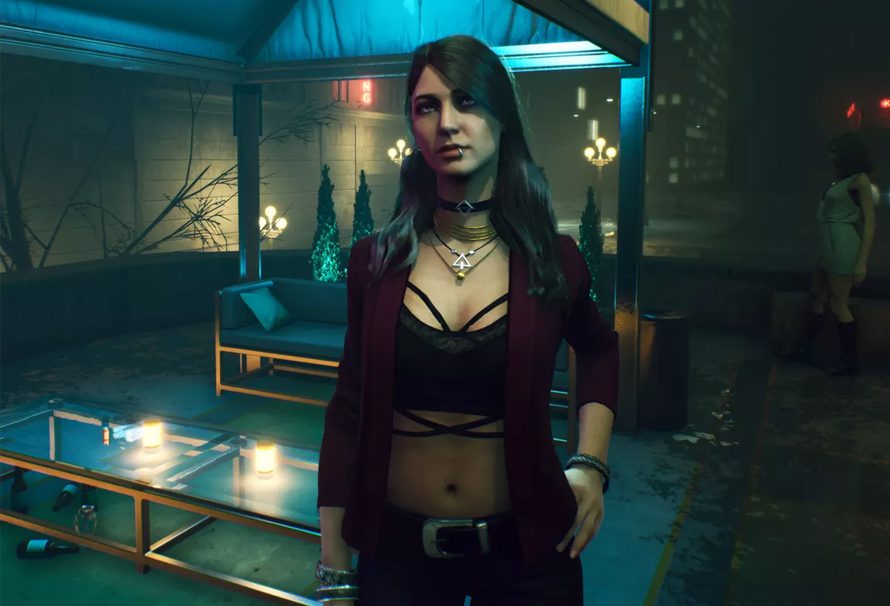 If you’re here, chances are you’re a long time fan of Vampire: The Masquerade – Bloodlines (VTMB for short) or have recently seen the Xbox trailer and thought “Hey, that looks kinda intriguing”. Well lucky you, VTMB has had a long legacy in gaming and you are fortunate enough to have 7 whole games to play while you wait for its release later this year.

Vampire: The Masquerade – Bloodlines 2 is the long-awaited sequel to VTMB from way back in 2004. It promises an immersive sim-style environment with a mix of third and first-person perspectives. One of the single greatest feats it aims to achieve is the level of role-playing awarded to the player. You choose your background, influence your stats, and are given three initial thin blood traits including vampiric powers, control of bats, and the ability to levitate objects. These are further influenced through your choice of clan affecting your base traits and abilities. This level of choice ensures repeated playthroughs are wildly different. It also has a bustling city with interesting characters, all powered by their own motivations and ideals. Rather than wreaking havoc on the city and bending it to your will, you will crawl in the shadows slowly adapting to it as you learn who really owns Seattle.

The Masquerade in question is essentially the vampiric vow to keep you and the other monsters hidden from the human life sources all around you. This is what makes this base gameplay formula so utterly addicting. You constantly fight the eternal battle between using your powers to accomplish needed tasks and hiding your powers to preserve the Masquerade. This addiction has but one solution, tons and tons of games. If you play only one of these, I can guarantee you will find something to love. If you have somehow played and finished every one of them, let us know and we’ll give you even more to satiate your thirst.

Let’s get this out of the way quick. VTMB has issues. Upon release, certain clans and areas were borderline unplayable and one of the best additions to it is the fan patch. Still, the fact that the fan patch is still being updated 16 years after its release speaks wonders for the game. Even with some of the outdated design choices and all-round choppiness, it is one of the most unique titles I have ever played. It starts rather unceremoniously as you wake up from a wild night with a little more than you bargained for, a complete transformation into a vampire. The majority of the game sees you, as a member of a clan of your choice, make up for the sin of your own existence by making yourself valuable to the Masquerade. While fairly intriguing in premise alone, this isn’t what makes VTMB stand out. What makes it so fantastic is a combination of ideas. Its worldbuilding is fantastic, the characters feel fully thought out and the general atmosphere is unlike any game I’ve played. The level of freedom you get given in your character build is rarely seen outside of tabletop role-playing games. It makes you feel like both your successes and defeats are wholly your own, imbuing a fascinating attachment to what is, essentially, a 16-year-old block of pixels. This block of pixels is wise beyond its years.

Yes, it’s fair to say that Vampyr and VTMB2 share similarities in the whole vampire thing but that’s not all these games have in common. Vampyr is a choice-driven, narrative-heavy action role-playing game where you operate in secrecy from the town around you. You take the role of doctor Jonathan Reid, torn between his Hippocratic oath and his thirst for blood. It’s dark and brooding with occasional moments of emotional turmoil, all of which VTMB is known for. You are able to go through the entire game without killing a single civilian but killing them and draining their blood gives your precious exp needed to progress through the game. Not killing anyone is far more rewarding but much, much tougher – a very interesting system. This is one of the few games I’ve played that have actually punished me for trying to play the ‘paragon’ route, something not enough games attempt.

Admittedly, this one is sort of cheating. Werewolf: The Apocalypse – Earthblood isn’t technically out as of the time of writing but is also slated to release this year so either it comes out before VTMB 2 and you have something to play or it comes out after and you have something to anticipate, win-win. Werewolf hasn’t had a huge amount of gameplay and coverage just yet but shows a lot of promise. It is also set in the World of Darkness, like VTMB, except this time you take the role of Cahal, an eco-terrorist werewolf. The werewolf and human mode have distinct traits and can be changed at will to accomplish your challenges. This offers a familiar yet different setting to that of the vampire in VTMB. Instead of hiding in your form, the werewolf is treated as a distinct and separate role you choose to undertake. If I could take the role of my choosing, it would be one of me playing Werewolf. Oh and I’d have snacks.

If you were aware of We Happy Few before seeing the recent VTMB2 trailer, there’s a good chance you saw a similarity. They both feature similar art styles, they both have a twisted humour to them and heavily focus on the idea of blending into hostile environments. We Happy Few is a very different game but all of those similarities are certainly worthwhile. We Happy Few takes you to the dystopic land of Wellington Wells, a city drugged up with “joy” changing their perception of reality to allow the emergence of an Orwellian surveillance state. Your goal is to see through this and escape to somewhere that’s hopefully much better. Get going!

Deus Ex is widely acclaimed as one of the greatest RPGs of all time and rightly so. Set in a Dystopian world in 2052 where a multitude of real-world conspiracy theories are true, you, as a UNATCO agent, are tasked with solving many covert operations. The genius of Deus Ex is not in the missions themselves but the way you can solve them. Like the original VTMB, most levels are like small playgrounds with a multitude of ways of beating them. You can go in, guns blazing and kill everyone in your way or you can sneak through vents and shafts to achieve your goal. Not only does it do this but it often gives you unique scenarios based on your decisions which makes you genuinely care about what you have done and why. I hesitated including this on this list as it is perhaps one of the most popular answers for games like VTMB but it’s so good I couldn’t not include it.

Pathologic 2 is dark, gritty, and unforgiving but will stay in your head long after finishing it. It is a total reimaging of the first Pathologic title and, as such, can be played without prior knowledge. In it, you are Artemy Burakh, the son of the local physician. You come home, on request, on the train only to experience visions and hallucinations. Upon arriving you are informed that the town accusing you of killing a resident. You are given 12 days to attempt to prove your innocence and help with the awful plague destroying the town. The central gameplay involves investigating the town, witnessing its horrors and talking to residents. Pathologic 2 is a tough and brutal game that requires a lot of patience to understand and traverse through but it is definitely worth it.

From one cult classic to another comes System Shock 2, one of the most influential titles ever. It is a first-person role-playing survival horror game designed by Ken Levine, the mind behind the Bioshock series. This is a game that’s easy to recommend regardless of the game in question but this is relevant as its inventory systems and way of looping back on itself when your skills are high enough is something VTMB does very well. System Shock is a much lonelier game relying on much less dialogue and human interaction but the influence on VTMB and the whole of gaming is very clear. It may be a little outdated now but if you can look past that as you have with VTMB, you’ll receive one of the greatest video games of all time.

And that’s the list. These are 7 games I personally love and, for different reasons, are something I would recommend playing if you are looking forward to VTMB2. They all have a clear identity and purpose and will stay in your mind long after finishing them. Enjoy!