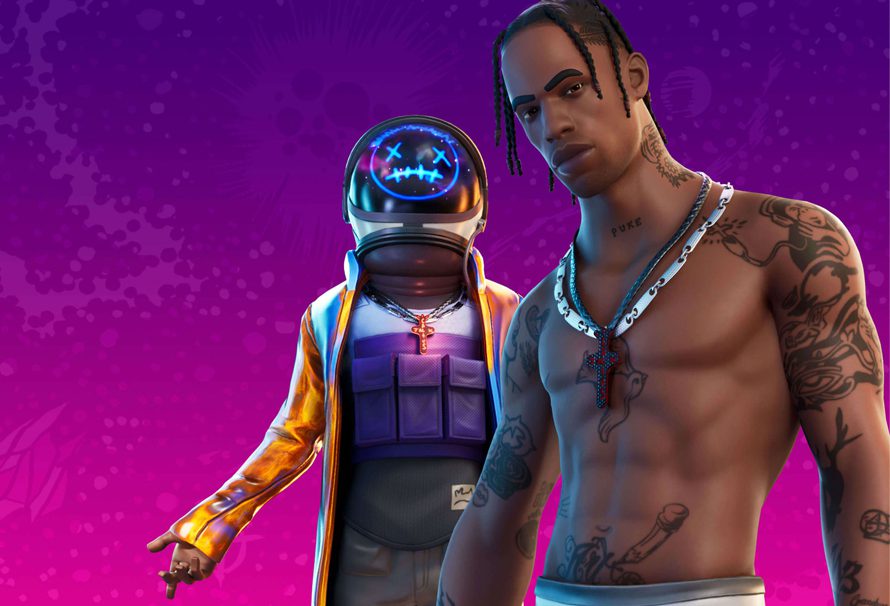 Yes it’s true! The music world and video games have crossed over many-a-time before. With Drake being a player of Fortnite and now Travis Scott performing an awesome virtual concert within the game. Video games have always been a prominent part of a modern day artists’ life growing up and this can sometimes reflect in the music they write. The odd reference here or there and sometimes even whole dedicated songs to video games really shows how far the games industry has come from being an obscure form of media to the billion dollar industry we all now know. Here are some of the ways gaming culture has influenced the R’n’B and Hip Pop world.

These days, It’s like I can’t even turn the radio on without it giving me a sudden flashback to some of my favorite games as a kid. Usually a sonic coin “ba-ding” or a “Finish Him!!!” usually does the trick and you’ll be surprised as to how many artists pull sound effects from some of gaming’s past. High up on the list are mostly sounds from old school Nintendo games as a lot of current artists are from the generation where these games were popular which is what makes including these sound bites really pull on the heart strings. For example Jay Rock’s ES Tales which samples the Super Mario coin sound effect or Thunder Cat’s Hi which samples the Mario growing sound effect. One artist, DJ Smokey, even had the Skull Kid’s laugh as a signature stamp of his, at the beginning of every song he’s involved in.

Now, we can’t talk about sound bites and not mention Street Fighter II. This game was a 2 D fighter and arguably one of the best of all time. The game featured fighters from all over the world, and the now iconic “perfect!”, “hadouken!” and many more sound bites, ironically can now also be heard all over the world, in a lot of music. Artists that have used these in the past include Kanye West, Big Narstie, Skepta, Lupe Fiasco and was also in the summer hit Boasty with Wiley, Stefflon Don, Idris Elba & Sean Paul. The noise is often placed in music to exaggerate how good a rap verse may be, akin to doing well in a Street Fighter match.

But by far the best use of a sound bite is in Frank Ocean’s Start which opens up his legendary album channel ORANGE with the sound of a PlayStation turning on. Ironically it then goes into what sounds like… you guessed it! Street Fighter II. In his previous mixtape Nostalgia Ultra, Ocean also dedicated a few of his song titles to what fans assume are some of his favorite games. These tracks are called Street Fighter, B****es Talking (Metal Gear Solid), Goldeneye, and Soul Calibur. Most of them are short interludes but the album is still definitely worth a listen.

“Super Nintendo! Sega Genesis!” Were expensive consoles to buy back in 1994 which is what led the Notorious B.I.G to flex on us in his song Juicy, but these days having games consoles doesn’t quite equal the height of wealth as it used to, so we make like Cardi B (in I Like It) and be “‘Bout my coins like Mario” until we reach Big Sean status (in Supa Dupa) – “’til I am the king of my castle–Koopa.”

Chun-Li herself aka Nicki Minaj doesn’t seem to be a stranger to the Street Fighter series as she frequently refers to herself as the female fighter and even has a song called Chun-Li, which was released in 2018 and charted 10th in the US Billboard Hot 100. The song itself has many nerdy references to Xmen, Storm and Lara Croft too. The music video even features Minaj in an edited version of Chun-Li’s outfit. However, this isn’t the first time this cosplay queen has referenced Street Fighter. Back in 2011 Willow Smith collaborated with Minaj and this is the first time she referred to herself as Chun-Li. The references are as follows

Built the guest house to put the coupe in

Cause i’m a fireball, hadouken!

This isn’t anything new for Minaj as she says herself “I been hot since hedgehog, Sonic The”. Honorable mentions still go out to Lupe Fiasco who, on a few occasions, has mentioned the Street Fighter series and Lil Wayne who’s fighting game of choice seems to be Mortal Kombat.

Sampling music has always been a slippery slope. We can see this in the incredible Cha Cha by D.R.A.M which sampled Star Road from Super Mario World. To be able to dance to a song which is essentially a slowed down version of the Starman theme from the Super Mario series makes me so happy, some could even say… invincible! I challenge you not to dance when you hear this song, but unfortunately the sample was soon removed and replaced with an edited version of the sample which can be assumed to be for copyright reasons. Nintendo are known for not being too kind to people who infringe on their trademarks as we can also see in Lil Yachty’s song Run/Running which samples Mario 64’s File Select song and as a result the whole song was left out of the physical release of his album and also on streaming services.

Another great song which sampled from Nintendo is a bit of a hidden gem. SVW’s I Missed Us sampled the Great Fairy Fountain Theme, which is the file select screen music in most Legend of Zelda titles. Now, you’re probably wondering how such a relatively unknown song managed to sample from Nintendo without falling victim to the Nintendo ninjas? The song features an ever so slightly altered version of the theme which manages to stay just different enough to not be sued over whilst also staying uncannily familiar.

Other great artists who have sampled video game soundtracks include J.Cole’s Dollar and a Dream III which samples Kingdom Hearts II’s Darkness of the Unknown, Childish Gambino’s Eat Your Vegetables which samples Donkey Kong Country 2’ Haunted Chase, Janet Jackson’s China Love which samples Moonlight City Roa from Legend of Mana and so much more. Check out the link to my Spotify playlist featuring all the songs mentioned in this article at the bottom of this page.

As you can see samples from video games are used a lot in R’n’B and Hip Pop but the king of video game samples is Wiz Khalifa. His songs Never Been and Never been II sample Schala’s Theme and Secret of the Forest, which are both tracks from one of the highest critically acclaimed JRPGs of all time, Chrono Trigger! His track Ms. Rightfornow also samples the classic Green Hill Zone from Sonic the Hedgehog.

Where artists show the most appreciation for games is when they create whole songs featuring a mixture of sampling, sound bites and lyrics all together to create music which is solely dedicated to the appreciation of games. Grime music is a category which is no stranger when it comes to this but the greatest track has to be D Double E’s Street Fighter Riddem. The track references a multitude of characters and includes soundbites from the game and what’s interesting about this one is it manages to stay up on Spotify.

The next song however is not available in many places and that’s Doja Cat’s Nintendh**. The song really proves she’s a gamer, including references to GTA, XBOX, Animal Crossing, Sims4, Mortal Kombat, Super Smash Bros and more! To know that a chart topping singer who has recently had a number 1, is also a gamer, gives me hope for the continuing success for the gaming community.

There are many more artists that could be included on this list but the last one to mention features the return of Wiz Khalifa, along with Ty Dolla $ign, Lil Yachty & Sueco the Child, Speed Me Up was made for the Sonic the Hedgehog Movie and feature the lot running along Sonic whilst turning into 8-bit versions of themselves. Obviously.

If you’re looking for more video game rap crossovers I recommend looking into the grime scene, especially at artists like Offica who wears a mask from Naruto and often mentions video games in his lyrics. Also, Chrono Jigga is a whole album which mixes Jay Z lyrics to the soundtrack of Chrono Trigger by a musician called 2 Mello and is free to download online. Finally you should check out Shofu. He’s a gaming Youtuber but also raps about Pokemon alongside his many friends.

Now you are armed with all you need to fall down this rabbit hole of video games in Hip-Pop and R’n’B. Check out my Spotify playlist by clicking the Spotify logo below, which features the tracks mentioned in this article plus a few more.