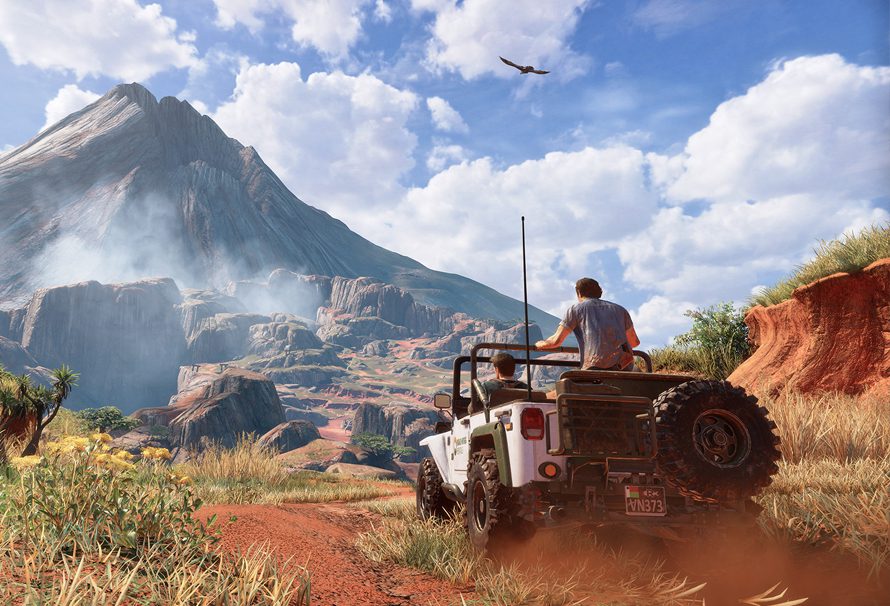 With the release of Uncharted: The Lost Legacy only a little while away we thought it would be an awesome idea to list our favourite moments from the Uncharted series. Here are some of the most epic and best moments in Uncharted.

We also ranked the Uncharted games from worst to best, you can check that out here. Then fight us, go on, you know you want to.

Before The Last Of Us was a glint in Naughty Dog’s eye the closest the publisher had ever come to zombies/mutants/monsters that want to rip your face off, was in Uncharted Drake’s Fortune. What starts off as a pretty bog standard platforming level quickly turns into more of a survival horror affair as Drake finds himself battling against monsters with only torch light and a machine gun to keep him company. It’s an adrenaline fuelled chapter where players will more than likely be caught off guard by a cavalcade of howling zombie dogs.

Talking of being caught off guard, there is a moment in Uncharted 2 where Drake has to help defend a Tibetan village from a warlord’s tyrannical army. All goes relatively smoothly in this mission until the tank arrives blowing up everything in it’s way. This is another mission where players have to think quickly on their feet in order to take this tank down. You will be using countless rocket launchers and heavy artillery in order to take this beast down, and cover really doesn’t last long either.

Uncharted 2: Among Thieves : Chapter 1 – A Rock and a Hard Place

It can be argued that this is probably one of the most iconic Uncharted moments of all time. In the opening chapter of Uncharted 2 Drake has to battle for his life as he wakes up on a crashed train overhanging the side of a mountain. What follows is some of the is some pretty amazing platforming as Drake has to climb up the over handing train. This opening sequence just goes to show that Naughty Dog are capable of making some of the best moments in Video Games. It would be hard for anyone to play this chapter and not be awe struck.

If scaling a train dangling over a mountain side didn’t cut the mustard for you then how does a shoot out on a cargo plane that is on a collision course with the ground sound? In another epic chapter, Drake has to fight his way through various enemies on a cargo plane in mid flight. Things take a turn for the worse as mid battle the plane gets so damaged it starts on its collision course with the ground. Players then have to navigate their way through what can be only described as a disintegrating plane in one of the best parachute jumps seen in video games.

Probably one of the Uncharted franchises most elaborate puzzles, this chapter has both Drake and Sully finding the entrance to Avery’s secret chamber within the King’s Bay clocktower. Players have to ring bells in a certain sequence in order to open the secret entrance. Not only is this one of the best puzzles the franchise has to offer, (as it uses the whole clock tower) it also has some fantastic chase sections as Drake again has to run for his life as the whole tower collapses around him.

It’s safe to say that Chapter 11 in A Thief’s End is probably one of the best Uncharted Chapters you will ever play. not only do you have to escape a collapsing building, you are also thrown into an epic car chase sequence. This part of the mission has Drake swinging off of cranes, making heart stopping jumps from various vehicles and even has him being dragged through the mud by an army truck. It is a pretty epic chase scene that you will be reminiscing about probably for years to come.

Before Drake goes on his plane escapade in Uncharted 3 he first manages to escape a sinking cruise liner. much like Uncharted 2’s iconic opening chapter (instead this time around it’s a huge boat not a train) Drake must find a way out of the sinking ship before it takes him to a watery grave. It’s true, the reason why the ship is sinking in the first place was due to the huge gun fight Drake got caught up in at the start of the chapter but the highlight of Sink Or Swim is the death defying platforming moments players have to go through in order to escape.

Naughty Dog’s take on Game-ception, Uncharted 4 has players play through a level of Crash Bandicoot in a cute scene between Nathan and his wife Elena. In game the boot up a PlayStation and Elena challenges Nathan to beat her score, it is then up to the player to play the level of Crash and see if they can get to the top of the leader board. It’s a great little easter egg that when first discovered had many gamers reminiscing about the good old Crash Bandicoot days, well, if you like Crash Bandicoot.

So thats it for our best ever Uncharted moments. Do you think The Lost Legacy will have anything on a similar scale? Or have we missed one of your favourite moments? Let us know in the comments section below.