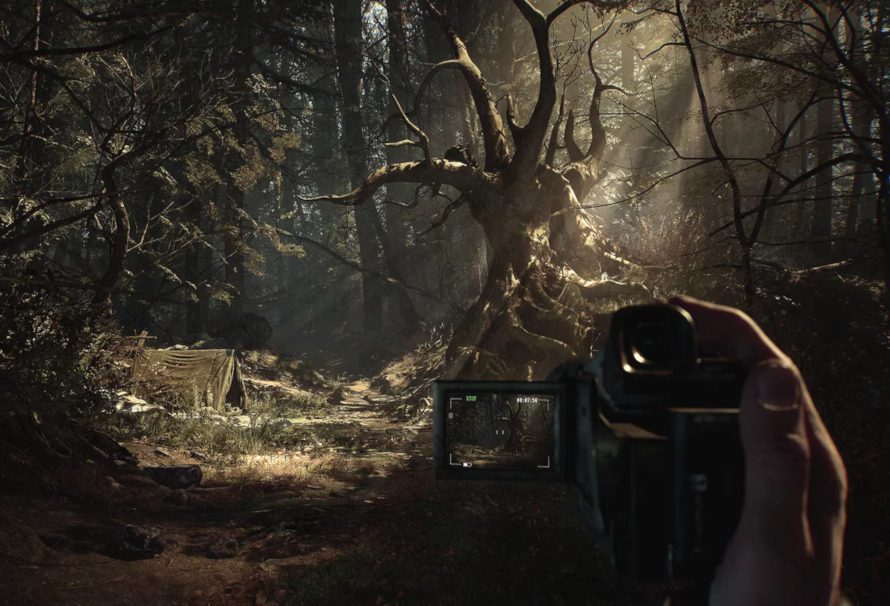 One of the things that are present in the trailers for the game is the humble camcorder. Camcorders were what people used before we all had supercomputers in our pockets, and they were a huge component of the original Blair Witch film, especially as it was one of the first ‘found footage’ bits of cinema.

It makes perfect sense then, that we’d be able to have a camcorder in the Blair Witch game, and that it would be (seemingly) an integral part of things. In the trailers so far, the main character seems to be watching footage on the camcorder of things that have happened before, filmed by some unknown, and presumably missing, person. This isn’t an unusual thing in horror games though, and there are a few notable games that have either something similar or the exact same idea.

Perhaps the most notable early example of a camera being a key component in a game is the Fatal Frame series, or Project Zero, depending on where you’re from. This series started in 2001 and is set in 1980s Japan, and you play a character using a device known as the Camera Obscura. While in many other games the camera is merely used as a viewing device, here, the Camera Obscura is actually your only means of defense. You had to take pictures of the ghosts that were haunting the world around you in order to seal them away. It was truly terrifying, as you were also at your most vulnerable when looking through the camera.

A more recent example comes in the form of Outlast. Outlast and it’s sequel, Outlast 2, had you using a camcorder in order to survive, not by damaging the things you point it at, but by being able to see them at all given how dark the world was. You used this to scout out the horrors that were hunting you, and to try and give yourself some chance against your nightmarish foes. The battery life was a key component of gameplay here, with the camcorder being substantially less useful if you let the battery run out, and the fear factor is upped considerably when this happened.

Finally, we have Resident Evil 7, which didn’t use a camcorder as such but did use VHS tapes in order to convey things that had occurred before. Your character finds these tapes hidden around the map and can replay them to see puzzles or events that have happened, it was one of the ways the game messed with the player’s head, and it was used to great effect,

Blair Witch looks to use the camcorder in a way that is a mix of all three of these examples, with your character clutching the device as they walk around the haunted woods, watching memories of victims that have been there before them. It’s a chilling idea and one that suits the Blair Witch perfectly.