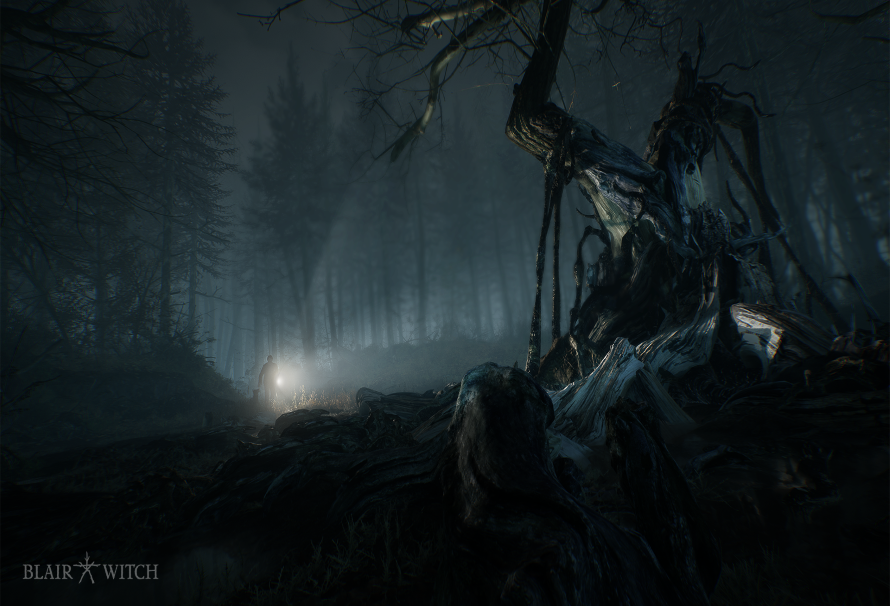 Blair Witch is the upcoming game from Bloober Team, who are probably best known for their work on the Layers of Fear games. It’s based on the classic franchise and specifically set two years after The Blair Witch Project. Not only that, but the team have been given permission to go as wild as they want with the franchise, so while it is sure to include a lot of nods to the films themselves, it could well be an integral part of the canon going forward. That’s nice to know, but what is the game actually going to be like?

Well, thanks to a wealth of new information from Gamescom, we know that it’s going to be a fair bit more interesting than just another first-person horror game. You play as an investigator looking for a missing person and enter the woods alongside your trusty partner, Bullet the dog. Bullet isn’t just a pretty floof though, he’s an integral part of the game.

You can actually issue him commands, like seek or stay close, and can even pet him if you’re feeling a little scared. That’s not all though, due to the way that the Blair Witch curse works, you’ll constantly lose your way, the curse doesn’t affect dogs though, so he’s going to be essential if you want to make it through the experience alive.

Let’s Do The Time Warp Again

Another main component of the game is the camcorder, which acts as a gameplay device in and of itself. Not only will it let you see things that your measly human eyes can’t, it can also be used to control time to a certain degree. You’ll find tapes to watch using the camcorder as you go, if you watch those in certain areas then they’ll have an effect on the environment, like closing or opening a door to match the video itself. It’s an interesting mechanic, and it’ll be good to see how much they utilize it in the full game.

Then there’s the fact that there are multiple endings, all of which apparently hinge on what you do in the game. Now, that sounds like fairly standard fare for games these days, but it’s the apparent detail that it takes into account that makes it interesting. Everything from the items you interact with to how you treat the good boy Bullet will affect what kind of ending you get, though what these will be remains to be seen.

If Blair Witch can deliver on all of these rather fascinating ideas, then it could well be a horror game worthy of standing shoulder-to-shoulder with the likes fo Resident evil, and even the ill-fated PT, if not, then it could just be another horror game that never delivered on its premise. Hopefully, it will be the former, because the ideas here are so unique that it really does deserve it, but we can find out one way or the other when it releases on August 30th.

Read more about cameras in horror games. Blair Witch isn’t the only game that features a camera as a key component.