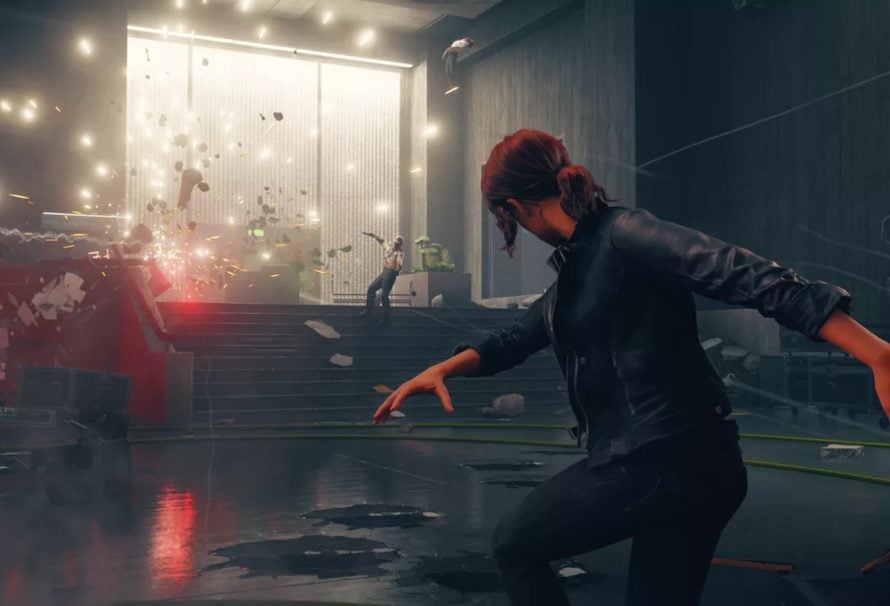 SPOILER WARNING – This article goes into depth on the ending of Control, so if you haven’t finished the game yet, be aware of the spoilers that follow from this point.

Given the super dense lore of Control and the fact that, while prescriptive to a degree, Control’s ending nonetheless leaves plenty of room for healthy speculation, it’s fair to say that you could well be left with more questions than answers after the credits have completed their upward climb (twice).

Simply put, Control is much more narratively sophisticated than anything Remedy Entertainment has done to date, and that includes previous games like Alan Wake and Quantum Break. So with that in mind, and a fair amount of stuff to get through, let’s get stuck in shall we?

Control Ending Explained – Dylan, The Oldest House, and The Future

Right, so as you probably know (assuming you’ve finished Control), the game has not one, but two credit sequences. The first time the credits kick in is just after Dylan’s part in the Hiss takeover is revealed, as Jesse seemingly fails to prevent the Oldest House from succumbing to the Hiss before apparently doing the same herself.

After the first credit sequence has completed, we then end up in some kind of different reality where Jesse finds herself locked within the walls of the Oldest House as a pen-pushing jobsworth.

It’s not long until Jesse manages to liberate herself from this predicament – thanks in no small part to her friend Polaris, and then she shuts down the projector, severing the connection that exists between the Oldest House and the Hiss dimension.

After this, Jesse finds that she has ascended to the FBC’s director’s chair, underlining the vast capability that she was hinted at possessing whilst she was a child in her sleepy hometown of Ordinary.

Despite such success, the Oldest House still remains in a state of lockdown thanks to the pockets of Hiss presence that are threaded throughout the building. Equally, Jesse and some of the other FBC folks are also locked within the walls of the Oldest House too, neatly leaving a nice chunk of unresolved tasks to tackle that will likely be addressed by the forthcoming Control DLC expansions.

One of the biggest and most enduring mysteries that Control weaves is the relationship between protagonist Jessie Faden and the mysterious inter-dimensional presence in her mind known as Polaris. In the pursuit of her wayward brother Dylan and the paranormal slide projector, Jesse finds herself wandering in the Dimensional Research sector within the Oldest House.

Surrounded by what appears to be a boundless desert of crimson-stained sand, Jessie eventually finds her way into a massive projection room where she beholds an echo manifestation of five towering pillars with amber sands on all sides. The significance of the amber sand and the pillars is that they stand as evidence that an object of power was used to contact Polaris, but a bigger reveal lay in wait – that the scientists which kept Polaris imprisoned (in a physical sense) refer to this being as ‘Hedron’, causing other pieces of the narrative puzzle to tumble into place. That’s right – Polaris and Hedron are one and the same.

You remember the Hedron Resonance Amplifiers (HRAs) dotted throughout the game, and how these machines successfully prevented some FBC employees from being possessed by the Hiss? Well, the very same being (Polaris) that lurks within Jesse’s psyche and which makes her immune to the possession attempts of the Hiss, is also the same presence which is amplified by the HRAs to protect others who might be nearby.

As such it is thought that Polaris is part of some sort of interdimensional force that stands in direct opposition to the Hiss – effectively appearing as Control’s take on the light versus darkness dichotomy seen in countless other stories to date. Jesse’s wayward brother Dylan, meanwhile, remains in a coma, capable of waking at any time. The kicker though? We’re not sure just how much of ‘Dylan’ is actually left after his possession by the Hiss.

Control Ending Song – What was the music that plays during Control’s Ending credit sequence?

Though having little bearing on the story itself, a lot of folks have been curious as to what the song was that accompanied Control’s final credit sequence. Well, the Control ending song is something of an irresistible earworm called “Fear of a Blank Planet” by English progressive rock band Porcupine Tree. Definitely one to plonk on your Spotify playlist methinks.