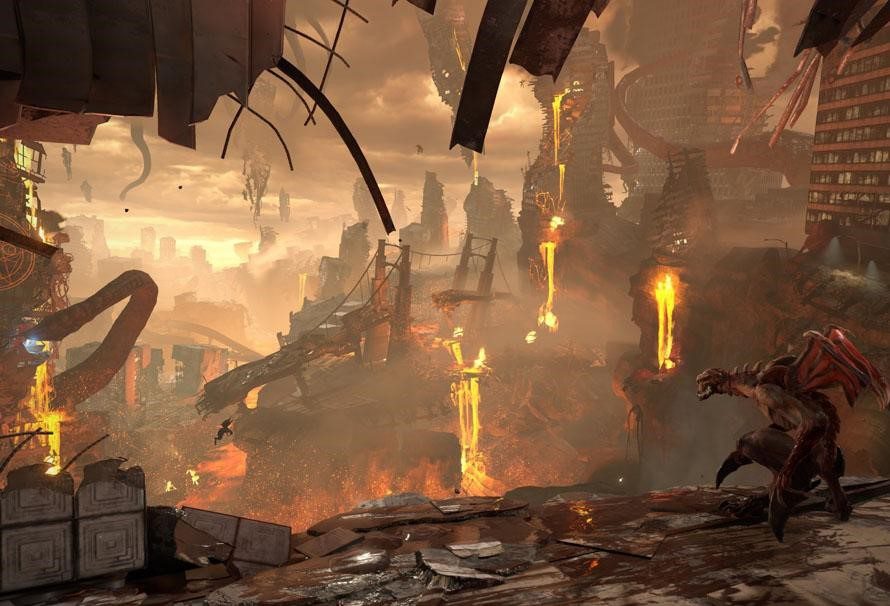 Doom Eternal follows up on 2016’s explosive and brutal Doom with more everything. More action, more weapons, more abilities, and more destruction. Launching later this year, you’ll need to have your wits and a huge amount of weapons around you in order to survive.

Thankfully we’re here to share with you the latest information about Doom Eternal, so check below to make sure you’re ready for hell on Earth.

Initially announced during E3 2018 to a raucous reception, Doom Eternal is being developed by id Software and will be published by Bethesda Softworks. Doom Eternal is the first game to be developed using the id Tech 7 engine, which promises to offer ten times the graphical fidelity of id Tech 6.

Doom Eternal has been announced for a November 22, 2019 release date, for Windows PC, Xbox One, and PlayStation 4.

Players familiar with 2016’s Doom will be right at home with Doom Eternal, the same extreme mobility run-and-gun action is back, but this time there’s a few twists on the formula. The focus on Doom’s unique ‘push-forward’ approach to combat is back with the player rewarded for aggression and mobility with powerups, health, or ammo. You’ll also be seeing some familiar faces on Earth, with some classic enemies from the Doom series making their return, in particular the Arch-vile, Pain Elemental, and Arachnotron. Extra lives will be making their first appearance in the Doom series, found around levels they can allow you to continue the carnage without reloading.

Mobility is seeing a revamp in Doom Eternal. The Super Shotgun has now been upgraded with a grappling hook, for use on enemies or the scenery. In addition, poles and lifts are scattered throughout the game’s levels, allowing access to more areas.

Multiplayer, though not the focus of the original game, has also received an upgrade. An asymmetric multiplayer mode called ‘Invasion’ will be present, allowing players to invade other players games, similar to the PvP mode from the Dark Souls series. Traditional multiplayer modes will be making a return, more of which can be seen in the multiplayer trailer from E3 2019.

The initial teaser released during E3 2018 showed off a little of the carnage awaiting the Doom Slayer on Earth.

The first gameplay trailer was released later in 2018 at QuakeCon, where we finally got to see the Doom Slayer in action.

During E3 2019 two further trailers were released. The first showing off the new multiplayer mode added to the game.

With the second E3 2019 trailer giving a little more insight into the story of Doom Eternal.

Now you should have all the information you need to be ready for Hell to be unleashed upon Earth. Grab your shotgun, grab your green armour, and grab Doom Eternal at a great pre-purchase price right here at Green Man Gaming. Are you excited for this next chapter in the Doom series? Let us know in the comments.