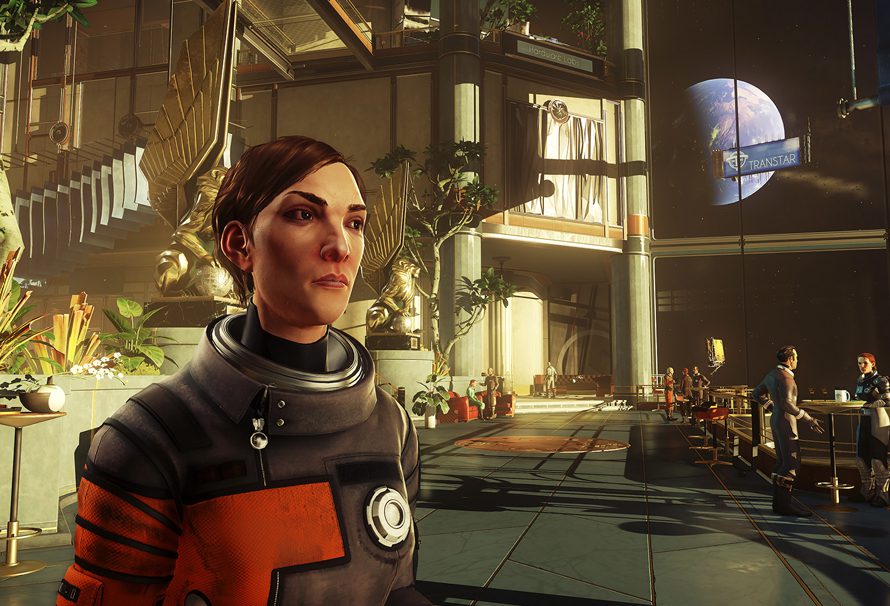 Prey launched at the start of the month, if you have been living in a cave for the past few months with no access to the internet then you may be unfamiliar with the game. Prey is an epic sci-fi game where players take on the role of Morgan Yu. Morgan’s mission is to uncover the secrets of the Talos 1 space station and battle the frightening alien species known as the Typhon.

We got the chance to speak with Prey’s lead producer Susan Kath on the work that went onto Prey and how she became the lead producer for the game. You can check out our exclusive interview below.

Hi there, what’s your role in Arkane studios, and how did you get there?

Hi! I’m the Lead Producer on Prey. I’ve been with Arkane a bit over 4 years now, and making games for over 20 years. (!!) I knew I wanted to make games from a pretty early age, but 20 years ago, there were so many less options and resources than there are today. Back then, the only real path through university was getting a Computer Science degree, and I knew I wasn’t well-suited to being an engineer. (In fact, I suggested to someone here yesterday that if they wanted to create a monster that would terrify me, they should make a calculus equation to chase me around.)

I got a bit lucky in getting my foot in the door. I was spending my off hours playing an online multiplayer text game and unknowingly was playing alongside a number of the developers of the game. The game required a lot of creativity to play and one day they approached me, revealed who they were, and asked if I’d like to interview for a position as a designer. Of course, I jumped at the chance! Nowadays, there are so many options out there for getting into the industry. Universities have great programs covering all the roles across the spectrum of game development.

There’s also so many more opportunities for indie game development – to just jump in and make your own game – or to hone your skills in the modding communities. In fact, we’ve got a couple designers and artists at Arkane who came to us along that path.

One of the great things about being in production here is that my role is constantly changing based on the day-to-day needs of the team. I often describe being a producer as being the equivalent of the sweeper in the sport of curling. We run along in front of the team, clearing things out of the way, and helping to keep things moving along for everyone.

Are you pleased with how Prey has been received so far? What’s your favourite piece of feedback you’ve seen?

I am! The response from fans has been so great and enthusiastic! The dev team have been sharing around links to comment threads on forums, watching Twitch feeds and YouTube videos, really cool fan art popping up everywhere, and really just enjoying watching people play the game we made. Our favorite moments are when players try things we never even tried ourselves. Often those moments are what inspire us with new ideas to try out in the future.

The game is set in an alternate universe, how much time was spend working up the backstory?

Quite a bit! Ricardo Bare and Raphael Colantonio spent a great deal of time creating the backstory of the world of Prey. One of the interesting things from my vantage point over the last few years was watching it refine and shift over time. Raphael and Ricardo sit directly behind me, so I got to listen to them throw ideas back and forth while they worked on the story. I think it’s pretty cool that there are some elements of the story that have remained very true to the earliest conversations we had years ago.

Prey’s style of storytelling has been compared to System Shock, Deus Ex, Bioshock, Half Life and more titles held in very high esteem. Do you know during development that you’re working on a game that is “nailing it”?

We’re all big fans of those games, so it’s a great honor to be listed alongside them. They certainly inspired us! To the question at hand, I think making games is like any long-term creative endeavor. You set out to make the best game you can and along the way you have “Aha!” moments where you know you’ve nailed elements, and then you’ve also got other elements that you noodle over for ages before you feel you’ve got it right. We always believe we can do better and push things further, so I think for any game there’s probably never a moment where you think “Annnd done! Perfect! Nothing could make this better!”

The abilities of mimics are probably our favourite feature in the game, was this a founding design idea or did it come about later?

The mimics have been around in some format since almost Day 1. They were one of the original ideas for the game and the first alien we set out to create. They are actually very true in nature to their original design. Prey trivia: the first item a mimic ever actually turned into in-game was a medkit. J

What is the best moment in the game in your opinion?

It’s hard to talk about great moments in Prey without spoiling! I’ll just say that some of my favorite parts of the game are revealed through reading all of the emails you find in the station and following the stories told within. The stories of the people who worked on the station are revealed through those emails and some of them are (spoiler-free wording) very memorable.