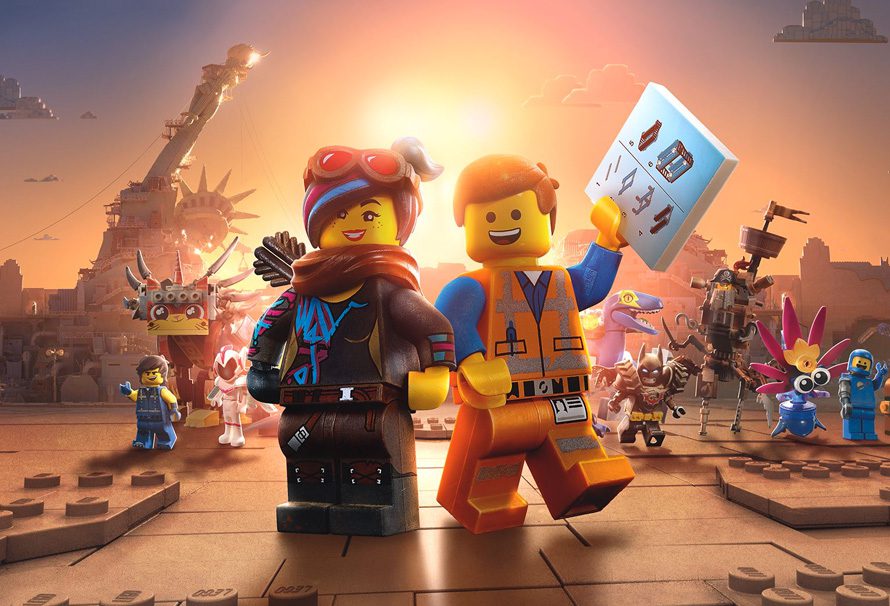 The first LEGO Movie exploded LEGO onto our movie screens, showing us that everything might is absolutely awesome.

The second LEGO Movie is out now, and there’s a brand new LEGO Movie 2 Videogame coming on the 26th of February. We played a little bit of it, and it’s looking like it’s shaking up the LEGO series quite a bit.

We had the chance to sit down with Jamie Eden, Game Director at TT Games, the developers of The LEGO Movie 2 Videogame and ask some questions. Here’s what they had to say.

Green Man Gaming: Thanks for talking with us. What exactly does being Game Director mean?

Jamie Eden: Basically it’s just responsible for sort of creative direction and the creative vision of the game, so we’ll have a meeting, go right we’re gonna do a LEGO Movie 2 video game, what does that entail? What bits of the film do we take? What mechanics are there in the game? What characters do we feature? It kind of all gets filtered through me.

JE: You basically go through and look for what are the kind of really cool locations that you see, what’s visually different from one place to another so everywhere feels different from each other. Just big action points, where really, where are the cool moments? And the more you work on film tie-in games the more you’ll pick out which bits would make good levels or good sections. It’s a curse as well – you can’t sit at home and watch a film or go to the cinema and not go “Ah that’d make a really good bit in the game, that would!”

GMG: The first LEGO film even was one of the most frenetic things ever made, there’s a new idea every few seconds. How do you cope with that in a game, where you’re going to be spending much longer in each scene and setting?

JE: I think one thing is with the film being 90 minutes, whereas the game’s obviously much longer, you can kind of pace out those frenetic points of being bombarded with stuff and characters and things and all sorts of craziness. It’s much more digestible spread over the course of hours of gameplay.

GMG: It’s pretty refreshing to come to because one of the things in a LEGO game should be building. The toys are building sets, you’re always constructing them, and we’ve probably not focused on that enough in the past, whereas the LEGO movie is about everyone being a master builder, people are building stuff, chucking things together and combining them into new crazy things. It’s a very LEGO thing and its’ a very LEGO movie thing to focus on the building, and it works perfectly for us in games.

GMG: One of the things we noticed when playing the game was that along with the focus on building, there’s a hodgepodge of styles and eras in there too, was it a conscious choice to include older sets?

JE: I think that’s one of the really nice things about the LEGO movie and the games as well is that they just appeal to a broad spectrum of ages and people’s LEGO familiarity. So kids, their first experience with lego could be Emmet and Wyldstyle, but then you’ve got the older characters like Benny the spaceman from the 80s range, and the Blacktron Alliance and Johnny Thunder and Pharaoh’s Quest and all those types of things that pop up in the original LEGO Movie, it’s kind of ultimate LEGO fanservice.

GMG: The levels in The LEGO Movie 2 Videogame are much more open-ended than in previous LEGO games. How did you find that switch from making levels around individual scenes, to these more open-ended levels?

JE: I think because the locations from the second movie are so cool, and there’s a wealth of characters that barely get touched upon in the movie, you meet them for seconds, that we’ve just got a tonne of stuff to expand on, which we work with the filmmakers and go “What about this guy, what’s his story?” and they go, “Well we’ve not really thought much of him, he just looks cool so we chucked him in the film.” And we go, oh well he looks like this so we’ll give him this whole side story about how he always wants to find a missing pair of pants. I don’t think we ever, we never really struggled to make the worlds as what they are because we know that’s the sort of gameplay that people are gravitating towards with our games now. It goes back to that thing of when you’re leaning on a IP that’s 20, 30, 40 years old, you want to play those iconic scenes, those bits, whereas if a movie’s fresher, you just kind of focus in on the overall theme and story of the movie with the characters.

GMG: You mention there that you’ve almost got a lot to dig through, and also that you were working quite hand-in-hand with the creators of the film. So your relationship hasn’t been just a case of “Here, make this game out of our film”, are you actually having that conversation with the filmmakers?

JE: Oh yeah, yeah, definitely, we do that. We need to because there’s places you see for all of five seconds, or you see this location from one angle, which is great for a movie, they don’t have to worry about what’s behind this door over here or what’s on the other side of a window, whereas we do, in the game. So there’s lots of, oh, what would be on the other side of this door? What’s above here in this shot that you’ve got? What does this look like from here? There’s lot’s other things that we take into account in the game, such as the animation style. In the movie, they get a lot of movement with arms moving out of sockets to make cool poses, but when you can rotate a camera, we’ll lose a bit of the trickery that they get to use in the movie.

GMG: This obviously isn’t the first LEGO game, how do you approach keeping it fresh while also incorporating that LEGO-ness?

JE: I think we always try and approach it from, if this was the first LEGO game someone’s picked up you know we have to teach them these things regardless of whether the gameplay element is from 10 LEGO games ago We always approach it as, this is new, this is a new start for the player. We ask what are the key things that people come back to our games for, such as collectables, characters, building, memorable things such as red bricks that are a staple, but try to package them in new ways.

For example, how can we take the essence of red brick, which is a super item, and fit it into a more current context? So in LEGO Movie 2 we’ve got the Relic system, which are these mystery pods that you open up and get new things, but there’s red ones that are really rare, and each of those contains one of these cheat codes, super-extra-type thing that we’d had in past games.

GMG: One of the things about the original LEGO movie was this overwhelming sense of joy and exploration. Is that something your’e trying to bring through into this game, to have the player feel that joyfulness at being able to play and build?

JE: Yeah definitely, I think that’s one of the reasons why we’ve got this kind of, we call it a safe haven, where the worlds all come together and mingle with one another to build this cool unique location in the Sispocalypstar sandbox area. It lets you take a step back from being on the run, or trying to track down your friends, it’s just a safe area, you can chill out, you can play, you can build, and then go back to the story path and go back to that frenetic pace.

GMG: I’ve got to say, when I got to Sispocalypstar, it’s the first time it’s really felt like playing with lego, that freedom just opened up.

GMG: One of the things about LEGO is that you do get sets but you can rebuild them or have them alongside each other, it’s one of the things to look forward to is to having your unique take on that area.

JE: We’re obviously restricted to what we have in the LEGO Movie universe, so there’s old west, there’s space people, but the kind of idea was from my kitchen table where my kid’s LEGO is stored. You’ve got Rapunzel’s castle next to the arena from Thor Ragnarok next to a Jurassic World dinosaur pen. If a kid is playing with LEGO, they’re seeing these things come in as a town. What do you do with them? Can you go and talk to the person at the castle to go and get something that you can take back to the dinosaur pen, who gives you a vehicle that opens up somewhere over in the gladiator arena? It’s trying to get that in. It’s very fitting with the fourth-wall step back of, like, “kids are playing with LEGO”, that is the story of the LEGO movie.

GMG: It all fits together but it doesn’t have to have an underlying logic because after all, it’s LEGO.

GMG: Thank you for talking to us.

The LEGO Movie 2 Videogame is out on the 26th of February, and you can pre-purchase it here.