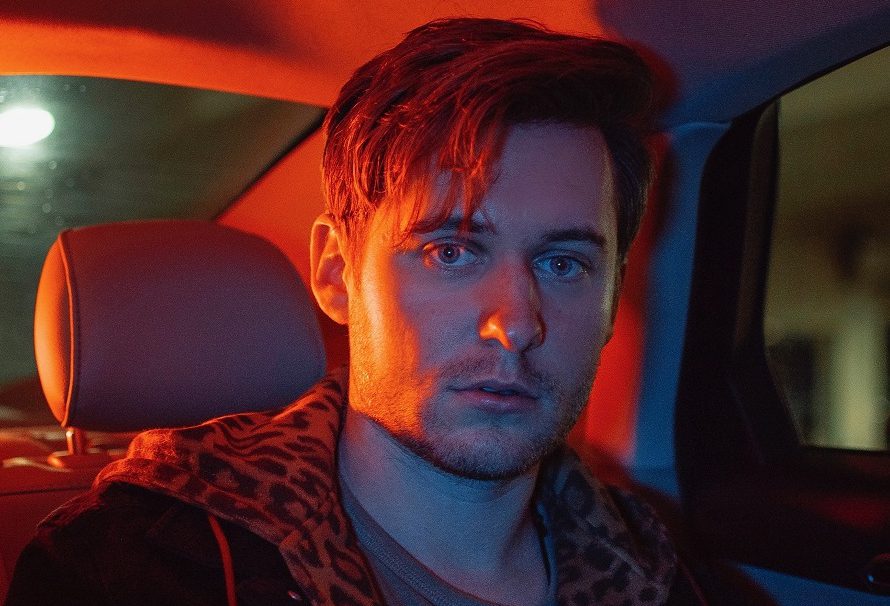 Gaming culture takes many forms and many shapes these days. One of the biggest is in music, whether that be an orchestrated soundtrack which elevates a game to levels unimaginable without, or the use of in-game audio that brings the surreal world into reality. There’s also a large community of influencers and creators that release music surrounding the biggest titles on the market today. One of these is NerdOut, a pop culture YouTube trio that write, sing, rap, and produce music on everything from Marvel’s Avengers to Apex Legends and Sonic the Hedgehog.

Launched on November 4th, 2015, the group has grown to amass a sizable following of devoted fans across several platforms. Most notably, NerdOut has approximately 50,000 followers across Twitter and Instagram, 537,000 monthly listeners on Spotify and close to three million subscribers on YouTube globally. The largest video of which features influencers Ninja, Dakotaz, H20 and more, in a ‘Fortnite Rap Battle’ that has been viewed by more than 123 million people.

Now poised to release his latest album – New Roaring 20s – it was actually Schuller’s solo work that was spotted by Taylor and lead the singer to join NerdOut before its inception.

“I’ve been making music since I was a kid,” Schuller tells Green Man Gaming.

“I went to school, studied voice and entrepreneurship. After that, I graduated and moved to Nashville to try and get into the music industry. NerdOut gave me this world that collided with music, which I didn’t know even existed.”

“There’s really a market and niche for everything,” he adds

“I stumbled on this world where fans of music, gaming and nerd culture are all combined, and we found this great middle ground between all of these things with a great audience who really love this content.”

Schuller grew up an avid gamer, however it’s not something he dedicates as much time as he used to when young. A lot of his love for games stems from nostalgia, with Pokémon in particular standing out as a cornerstone of where it all began.

“Me and my brothers would stay up all night playing our Game Boys without our parents knowing,” he says.

“This was before they had a backlight, so we had to try and be sneaky and have a light underneath the covers to see what we were doing.”

Frequently, Schuller would bring his Game Boy into school to continue training Pokémon, but it wasn’t until a particular Nintendo console made its way to his household that the possibilities with gaming began to explode in his mind.

“Our parents bought us an N64 with Super Mario, and that was a big game changer,” says Schuller.

“At the time, to me, Super Mario was as close to open-world as I’d have ever imagined.”

“As music became more of my focus, I really loved Guitar Hero, Rock band etcetera… ways that I could combine my love of music with games,” he continues.

“Even though I don’t play as much, I still have those feelings way back when I was a huge gamer. It definitely helps with the inspiration for what we’re writing today.”

Alongside comicbook movies, Star Wars, anime and more, gaming has been one of (if not the) biggest factor to the success of NerdOut. Each week, the three members collaborate over the web, writing and releasing a new song every Saturday inspired by all things nerd culture. What connected NerdOut from the start was their love of gaming, with their first song being a Call of Duty: Black Ops III tribute which “helped get them on people’s radar” according to Schuller.

As opposed to most fandoms, NerdOut and Schuller’s is made up of both fans of games and music, making for some crossover between the two. Balancing between the pair in an interesting conundrum that not many influencers have to deal with.

“There is some crossover but they come from two very different places of the internet – it’s two completely different crowds. Both are engaging in their own way. They love responding, they love commenting, hearing you engage with them, meeting at shows etcetera.

“I can’t really say that either fanbase is more passionate. Both are excited about the things they like and it’s been exciting to see those worlds collide with each other.”

A lot of success for artists over the years has stemmed from appearing in the likes of FIFA, Fortnite, or the Tony Hawk’s Pro Skater series. Something that the NerdOut singer admits “it’s something that everybody dreams of doing – especially when you’re just starting out”. It’s also similar to what the group experienced when partnering with Ark: Survival Evolved, after the studio reached out about putting the song in the game. An important milestone.

“It started out as this little indie game – and it’s still not massive – but it has a very dedicated fanbase” says Schuller.

“The song we made for it really resonated with their audience.”

“That grew our audience a ton as that was one of our first real successful songs. At the beginning when you’re small on YouTube, having that momentum was huge for us,” he adds.

“So, I do think it can be very important. It’s definitely not like you can hit it big and your set for life, but it can open you up to new audiences.”

This is now something the singer is looking to do via his own solo work, concentrating more on the struggles of people in their twenties and how social media has become so dominating.

“I got to a point about a year ago where I started to realise how burned out I was on caring about this and how social media and the internet had become way too big in my life,” he says.

“I was addicted to validation from people I didn’t know from studying algorithms, and everything I did seemed like I wasn’t on the internet for fun I was on it because I needed to figure out how to best navigate it.

“NerdOut and my own career was a big part of that,” Schuller continues.

“I owe everything to the internet and YouTube as it helped me find my audience, but at the same time I didn’t realise it was damaging me. I was getting way to invested in how to please people I didn’t know.

“This album is about realising how burned out I was on that and how it was negatively affecting my mental health.”

Engagement party, the most recent single on Schuller’s album, was described as an almost “more satirical take about how much we care about social media engagement”. The over obsession with likes, follows and comments, with users hosting events such as a gender reveal or an engagement party, just to have the opportunity to social the occasion. Social media addiction is a real thing that millions deal with. Schuller still struggles to this day and confirms it’s an ongoing issue yet the album helped as a “therapeutic” experience.

“The thing with this album is that it’s talking about how negative it is and how it’s so bad but it’s very self-aware, in the sense that I’m still addicted to it and still need it,” he admits.

“I’m singing about this in real-time not in the sense that I used to be addicted. It’s kind of like I know this is my reality and I can’t see a way out but singing about it was a way to help me cope with it. Obviously, there’s a healthy balance that you can find but I’m still on my search to finding that. The album is a way to get those feelings out there in the world.”

With Covid-19 running amuck, social media engagement continues to rise. For instance, analytical and market data platform App Annie reported that app usage has risen by 20% since the pandemic began. An easy distraction for some, for others a chance to focus.

“It did come at decent time for writing this album, as I was already starting the whole ‘hold up in your room and write an album phase’ when this all happened,” says Schuller.

“If anything, I didn’t have anything else to do, so it’s been good for the creativity side.”

“It hasn’t been good as I had a tour I should have gone on around May and June and obviously that got cancelled, so that was a huge bummer. That was supposed to be my first tour.”

In the meantime, Schuller will be debuting new songs on NerdOut weekly, releasing new singles for his upcoming album, all while still tackling the world of social media and the world’s obsession with the internet.

“We’ve got a couple of big projects that we’re underway before Covid-19 that had to take a break because we couldn’t travel, so I’m excited for those.

“I’m excited for more opportunities to bridge the gap in the future,” he concludes.

“The sky is the limit and we really don’t know what to expect.”

Ben Schuller’s latest single “Engagement Party” from the upcoming New Roaring 20s album is now available to listen to on YouTube and Spotify, while all NerdOut content can similarly be found on the official NerdOut channels.