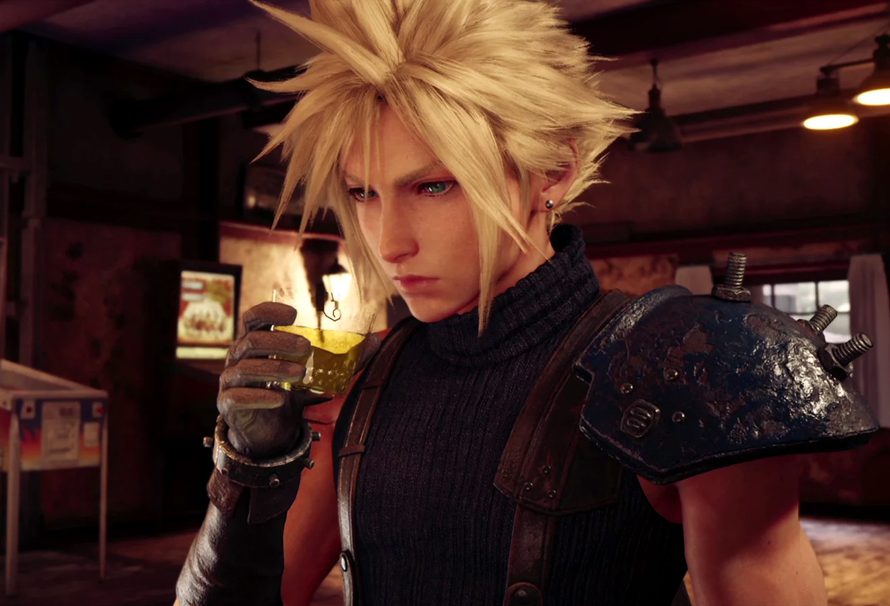 After beginning life as an ambitious PlayStation 3 tech demo nearly 15(!) years ago, Final Fantasy 7 Remake is now finally here. Much more than just a contemporary polishing up of the game that we all fawned over two decades ago, Final Fantasy 7 Remake instead goes much further, expanding on previous plot points and creating all new stories for the player to experience.

As a result, the game is a fairly mammoth undertaking to say the least. So in this guide we’ll be listing off each of the Final Fantasy 7 Remake chapters, whilst also providing an insight into how long the game actually is and what could come after. Buster Swords at the ready!

How Many Are There?

Despite the fact that Final Fantasy 7 Remake ‘only’ takes into account the Midgar section of the traditional Final Fantasy 7 story, this is still quite a large game indeed. Split into 18 different chapters with a total of some 26 side quests to be taken on (some of which cannot be done on your first playthrough), Final Fantasy 7 Remake is certainly one action RPG that will take a good chunk of your time and then some.

You can catch the full number of Final Fantasy 7 Remake chapters and their respective names below:

Now that we know just how many chapters are in Final Fantasy 7 Remake and what they’re each called, it begs the question; just how long is the game? Well, funny you should ask…

How Long Is It?

Clocking in at 18 chapters strong and with a multitude of side-quests, you’d think that Final Fantasy 7 Remake is quite a substantial effort – and you would be right, but just how long is Square-Enix’s latest epic?

Ultimately, the length of a single Final Fantasy 7 Remake playthrough will depend on a number of factors. Chief among these is just how much of the game’s considerable side quests and extra content you decide to take on.

A quick whip through the game without doing any of the optional content will, in all likelihood, take you between 30 and 35 hours depending on how much you’re rushing around (or not as the case may be).

If however, you’re wanting to go through Final Fantasy 7 Remake whilst doing a dollop of side content you’ll be looking at a playthrough time of around 40 hours. Finally, if you’re something of a completionist, to complete all the side content that you can in a single playthrough, in addition to the main story scenario, will take around 45 hours.

However, there are some side quests or ‘odd jobs’ as they are called, that require more than one playthrough in order to discover and complete, thus pushing that 45 hour total play time even higher as a result.

Is It A Standalone Game?

Well here’s the thing about Final Fantasy 7 Remake, whereas the original Final Fantasy 7 which released back 1997 was very much a self-contained game, Square-Enix’s bold re-imagining most certainly is not.

As mentioned previously, Final Fantasy 7 Remake only includes the Midgar section of the narrative which when compared to the old-school original, accounts for much less than a quarter of the locations and content stored on its first disc.

As to how many additional episodes of Final Fantasy 7 Remake we can expect to have in the future, the answer to that is much less clear. Given how this year’s release only accounts for what is a small portion of the first disc of the original game, it stands to reason that we might have many more episodes of varying sizes in the future.

Of course, Final Fantasy 7 Remake is remarkable not least because of how deeply it reimagines certain parts of its legendary mythos. As such, don’t be surprised if in future episodes some areas and plot points are melded together, expanded upon or even removed completely.

When Can We Expect To See Whats Next?

Ah, the 64,000 Gil question! The answer, as of right now, is that we can probably expect to see the next part of Final Fantasy 7 Remake sooner rather than later, if comments from Director Tetsuya Nomura are to be believed.

Speaking in the latest volume of Square-Enix Japan’s Ultimania book, Nomura said that we will likely get smaller episodes instead of larger episodes in the future. His reasoning? Developing and releasing smaller episodes can be achieved much more swiftly, as opposed to larger more unwieldy instalments which would require protracted development, release and marketing timetables.

As to a potential release window for the second part of Final Fantasy 7 Remake then, Nomura has said that he wants to get it out ‘ASAP’, meaning that details should be forthcoming probably a little quicker than many of us think. Given that the engine has already been created and established for the game, along with the template for combat and other key features of the game we would be surprised to see it any later than early 2022.

Want to know more about the Final Fantasy VII Remake? Check our Remake Character guide to see who you’ll encounter, or find out how the game has changed from the 1997 original.