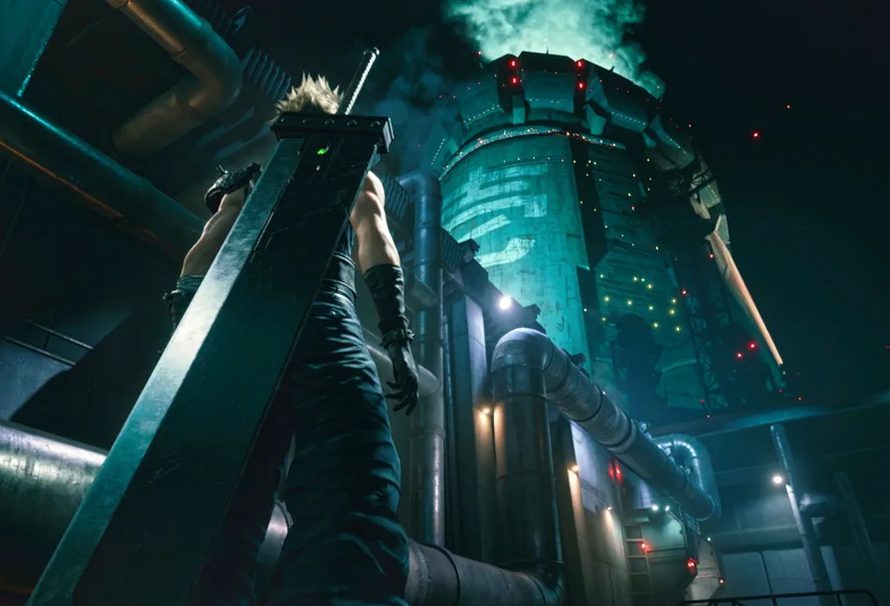 It’s been a while since fans got their hands on Cloud Strife’s Buster Sword in the original Final Fantasy 7 in 1997. Long enough that the game has been remade from the ground up, reinventing old vistas and recreating those impressive set pieces from the past that captured the minds of millions. But what exactly has changed in the remake from the original? In this article we’re going to compare some of the 2020 remake’s features with that of the original.

It’s worth noting that this brand spanking new remake is only focusing on a certain part of the storyline of the 1997 original. What would have been five or six hours in the original game has been expanded into 30, with a keen focus on Midgar and Midgar only. This is by no means a bad thing given the incredible set-pieces and scope of the green-hued dystopia, but keep it in mind before you hop in.

This means you’ll join AVALANCHE and take down Shinra Corporation guards in a similar fashion to the original, becoming fast friends with old characters that have been fleshed out for the Remake. For example, Biggs, Wedge and Jessie appear in the Remake but their role in the storyline has been expanded greatly. The same can be said for the core cast like Barrett and Tifa. You’ll spend more downtime soaking up their personalities than you did in the original. The story is also not strictly the same as it was in 1997, meaning you may be blindsided by some unexpected plot points as well as the familiar broad strokes. It doesn’t fall too far from the source, but the narrative tangents are certainly fun to experience!

The Materia system is much the same too, with a lot of the fan-favourite spells returning for the remake. Yet the system has been expanded somewhat to accommodate a new progression style where players can level up their materia and weapons to finely tune their characters.

Final Fantasy 7 remake retains some of the best parts of the combat system that you will be familiar with if you played the 1997 original. Back then both the player and the enemies in battle had a constantly charging meter that would allow them to perform spells once charged. In the 2020 remake, the same rules apply. Essentially, a battle is not actually turn-based as you may be expecting from playing other JRPGs. Enemies don’t wait for your turn nor do you wait for your enemies turn. In the background, you will also be charging your limit break and your summon, which you can activate when things get difficult to change the tide of a fight. The summons have been expanded in the remake, and limit break’s have new custom animations. If you’ve played last year’s Kingdom Hearts 3 then you should quickly become acquainted with it, as the combat system is very similar, albeit a little more tactical in Final Fantasy 7 Remake.

So which do you prefer? the original from 1997 or 2020’s “Remake”, comment below and join the Green Man Gaming Community to join the conversation.