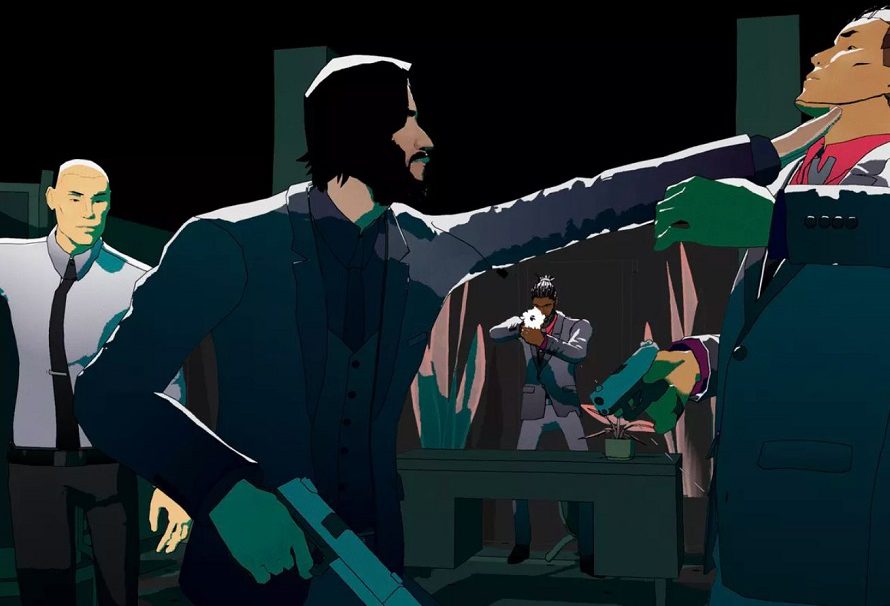 With there being enough depressing stuff in the news regarding good ol’ Blighty to shunt the Earth off its axis, we thought it would be both timely and nice to celebrate some of the best British indie developers out there today.

So without further ado, here are five of the best indie developers plying their trade on this sceptered isle of ours. Starting with…

Debuting with the surprisingly heartfelt platform puzzler Thomas Was Alone in 2012, Mike Bithell made an immediate splash on the UK games scene. In 2015, Bithell would follow up with Volume, a Metal Gear Solid style stealth-based actioner set in a dystopian British society where players must hack terminals and enemy robots to expose a corrupt regime (it’s really good).

A breathtakingly ambitious space odyssey where whole galaxies are procedurally generated, No Man’s Sky somehow seemed a far cry from the pint-sized studio at Hello Games that was putting out two-dimensional stunt bike games just a few years prior. Indeed at first, it appeared that No Man’s Sky was almost too much for the small studio to handle, with delays and somewhat lackluster launch dragging the studio down in the early goings.

Still, Sean Murray and his crew stuck with it, constantly patching and adding new (and more importantly, free) content to the game until we have what we see today – No Man’s Sky Beyond, the latest version of the game that boasts multiplayer support, VR support and a veritable avalanche of content. Crazily, this looks like just the beginning of another cycle of new updates and content for No Man’s Sky too – a grandiose achievement from a remarkable British indie superstar.

A British indie that’s been around for so long that he remembers when the Dead Sea was still alive, Jeff Minter and his tiny Llamasoft outfit have carved out a massive niche for themselves in hypnotic and often psychedelic arcade shooters.

At the zenith of Llamasoft’s offerings is Tempest 4000, a 3D shooter where players must maneuver a laser spitting claw spacecraft around a series of geometric prisms, laying waste to a horde of incoming enemies. With a superbly judged difficulty curve and a premium on old fashioned high score grabbing, Tempest 4000 is emblematic of one of the best and longest-running British indie outfits out there today.

Absolute masters of the two-dimensional plane, Roll7 came to prominence off the back off of its OlliOlli games – a pair of sublimely playable, BAFTA award-winning two-dimensional skateboarding titles that effortlessly sat at the top of the genre. Stick that up your Tony Hawk etc.

Since then, the prolific British developer has gone onto release NOT A HERO, a hugely enjoyable and hyperviolent 2D assassination shooter where players must murder various gang kingpins for a crazed city called ‘Bunnylord’. So er, yeah, that’s a thing. Also a thing is Roll7’s little known next title called ‘BeatFighter’, to which the developer says on its website,
“This is so far off that you might just die of old age before it is released. We sincerely hope not.” We hope not too.

Though relatively new British studio White Paper Games is only two games deep into its tenure on the British indie games scene, the Mancunian (That’s Manchester based to the rest of you) outfit has shown a keen eye for well-told stories, sophisticated characters, and an atmospheric setting.

Proving such superlatives true is White Paper Games latest offering, The Occupation, a first-person detective adventure where players play an investigative journalist attempting to expose a political conspiracy in a late 1980s dystopian North West England. Though we’re not sure what comes next for the studio, we’re certainly sure that whatever it is will be worth the wait.

Did we miss out your favorite? Comment below with some of your own favorite Indie developers and tell us what makes their games so good. You can also head over to our Community Pages to check out our latest giveaways.