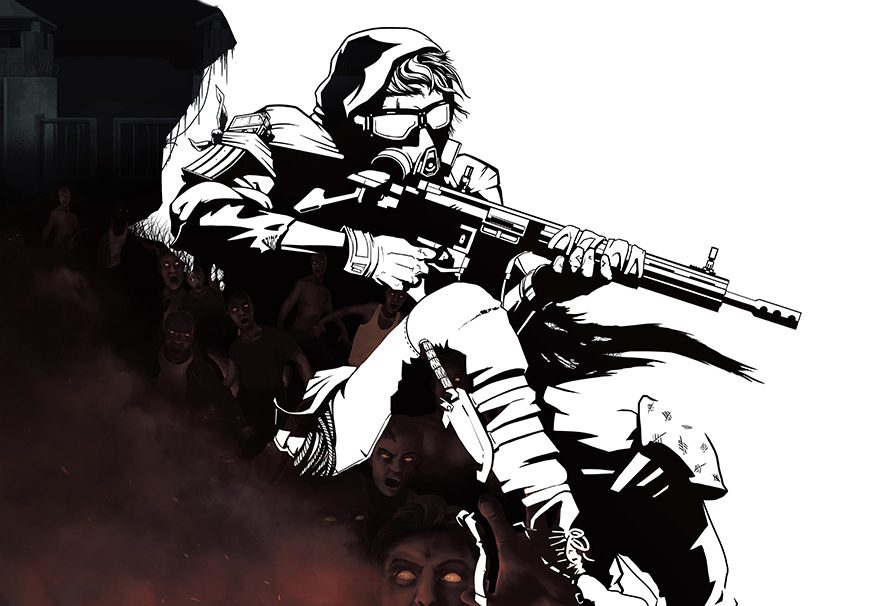 We’re showing a slew of titles at Gamescom, we are pleased to bring you Lifeless! A title we’re currently selling in Early-Access! 10 years have passed since the world collapsed into a zombie-infected wasteland. The remaining survivors fight over the small amount of resources, as they fight off hordes of unrelenting and deadly undead.

Lifeless is a Massively Multiplayer Survival game, so you can team up with your friends and play together in PvP or PvE Areas! Set in a vast open world, players must co-operate in order to survive this dark, grim and hostile environment. Pick from two main factions in Lifeless, will you take the side of the Nova Guard, a noble clan trying to find a cure for this plague? Or will you join the Spartan Phalanx? An organised, cannibalistic group, who are on the lookout for tasty, tasty flesh.

Players must stay alert at all times as they navigate this post-apocalyptic world, as you search for supplies you’ll be looking over your shoulder at every turn, as not only are the zombies out to get you, but the competing faction as well. You never know who might be watching.

In a similar vein to Day Z, encounters are completely player driven. You can trade with other factions and even team up to fight off hordes of the enemies, but will they betray you and leave you for dead?

Choose from a variety of combat styles, from close range melee or play it safe and shoot from a distance. Getting up close and personal is our favourite way to get rid off all those nasties in the game. The melee combat system is intricate, requiring strategic forethought before you smash a poor zombie’s head in.

The game is currently in Early Access, you can explore and survive in the hostile world but more features are on their way. Grab a gameplay demo at Gamescom!

You can purchase Lifeless here on Green Man Gaming!

Get all the details about what else we’ll be up to at Gamescom 2016 here.

#FreebieFriday - Win 1 of 5 Copies of Lifeless!