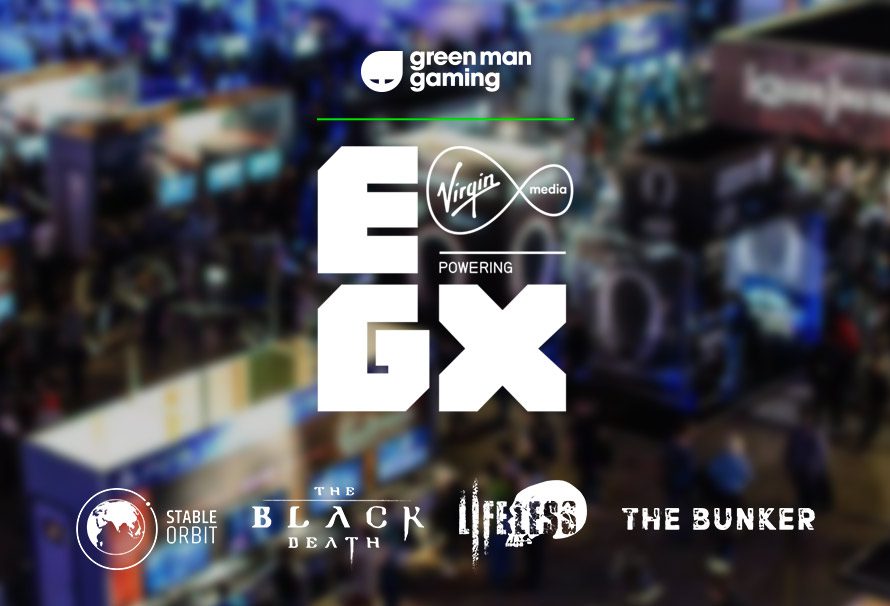 Eurogamer is almost here! The Green Man Gaming Publishing team are going to be in attendance, showcasing 4 fantastic games. You’ll be able to find us in the Rezzed Zone (right by the entrance), so make sure to stop by to get hands on with the games and have a nice long chat with the developers behind them.

The Bunker is a live-action thriller that has already received positive feedback from the gaming community.  Starring Adam Brown (The Hobbit) and Sarah Greene (Penny Dreadful) and written by award-winning screenwriters (SOMA and The Witcher) at Splendy Games, the game (available on PC and console) will be making its UK debut at EGX. You play as John, who lives alone in a Nuclear Bunker and must fight the creations of his own, twisted mind! Here’s the trailer!

Swedish studio, Rigid-Soft, launched Lifeless in early access on Steam PC in June.  Following frequent updates, today the refined MMO Survival game includes an economy system, new quests, the ability to collect booty and lots more locations and weapons to choose from. Set in an infected, post apocalyptic wasteland in the year 2021, survivors must fight over the small amount of resources available, as they fend off hordes of the unrelenting and deadly undead. Have a look at the game here!

The Black Death developed by UK based Small Impact Games, has come a long way since launching in early access in April. Set in the 14th century during the plague that ravaged Western Europe, this dark multiplayer survival title forces players to choose a medieval profession in order to survive in this huge multiplayer open world! Looting, crafting, exploring, fighting in combat and even begging are all viable ways to help you survive. The most recent update features a new bounty system, revamped areas, enhanced combat, an updated UI and skill tree! Here’s the trailer!

Stable Orbit will be making its UK debut at EGX 2016!  Create new space stations and command the future of Space Station development 5 years after the destruction of ISS in 2029. Get hands on with the game and meet sole developer Jim Offerman to find out more about this beautifully crafted game before it launches in early access in October 2016. Here’s a wonderful trailer!

Wondering where to find us? We’re right by the entrance and super easy to spot! Check out the map here!

We’ve also got giveaways and special deals happening too. We’re going to be running some exclusive EGX competitions which offer some great prizes! There will be a mystery game giveaway, plus a chance to win some swag and other awesome prizes from Overclockers UK! Also, our Community Team will be tweeting live from EGX, so make sure to keep an eye on our social channels for the latest updates from our stand and the event!