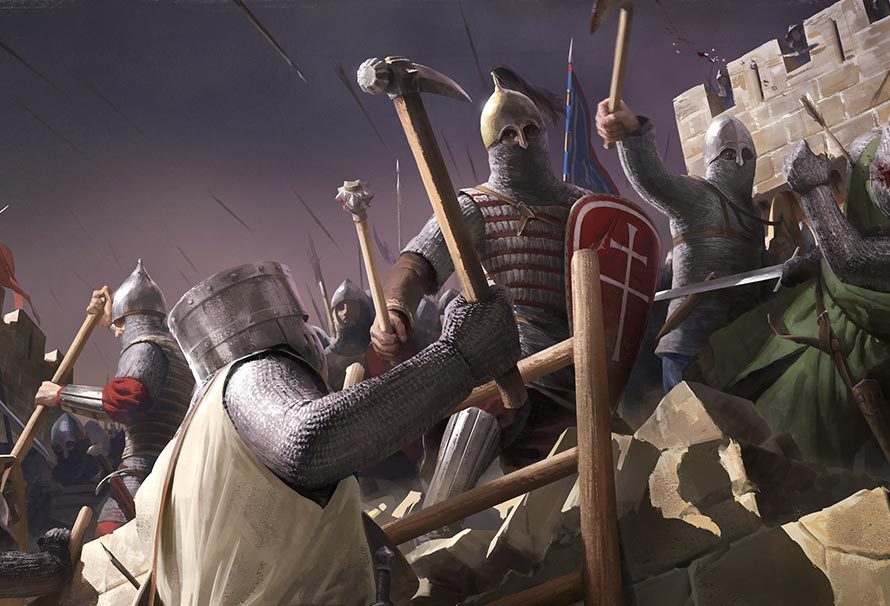 Another game that we’ll be showing off at Gamescom 2016 is Of Kings and Men! From the minds that brought you the cRPG mod for Mount & Blade, Of Kings and Men is developed in its own engine from the ground up to bring you huge multiplayer battles, customise your own character and fit into your own playstyle accordingly.

The game also sports a variety of weapon types that you can master, including spears, bows, swords and more! The game is releasing into Early-Access and will be fully supported by Green Man Gaming Publishing and the developers post-release, bringing in some incredibly exciting new features that we can’t quite talk about yet.

The intuitive Melee combat has you strategically taking down your foes in real-time. Join armies and take control of points of the map to gain political control over these huge maps. Join up with a faction and fight in battles with over 200 players! These large-scale battles will have to be fought hard, with players everywhere looking to kill you. Post-launch the game will also feature strategic elements that will completely change the nature of the game and you can get your first hands-on with it at Gamescom 2016! Just swing by our stand to give the game a shot!

Green Man Gaming Publishing further comment on Of Kings and Men by adding;

“Many independent developers start out working out of their bedrooms over evening and weekends, and no one quite embraces that more than the team behind Of Kings And Men. Having worked on modifications in the past, they decided to go it alone and create their own title. With the help of Northern Ireland Screen, they moved across Europe to work on their epic vision together in Belfast, and we can’t wait to see what the public make of their take on Persistent Medieval War”

Are you excited to see what Of Kings and Men holds yet? Give it a try at our stand! All the details can be found here!

While you’re at it, why not check out a trailer here!

Of Kings And Men - New Update!