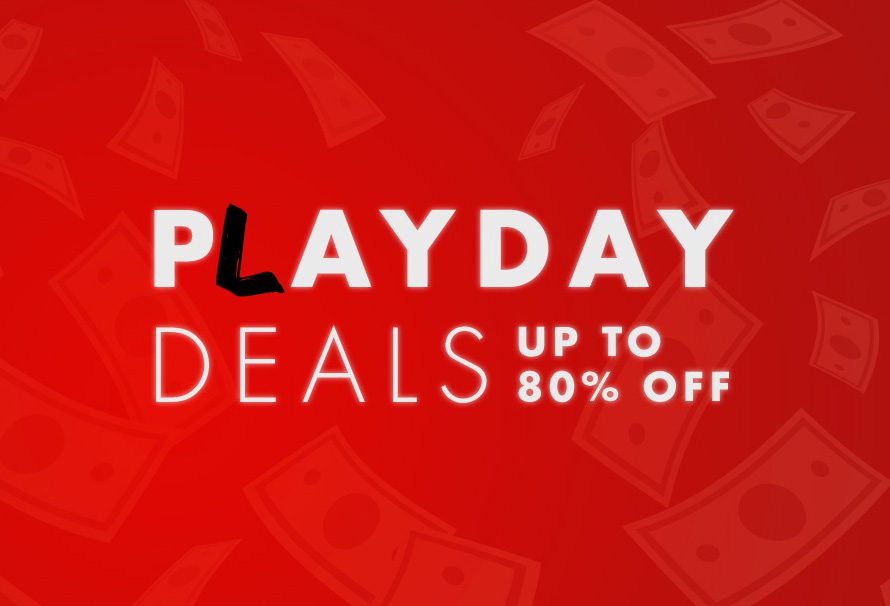 It’s been a long month hasn’t it. January is always the longest of months, especially for the ol’ bank balance. You spent everything on Christmas and maybe your work even paid you early for it, which is a lovely idea but you just ended up spending EVEN MORE on Christmas.

But it’s nearly over. Payday is on its way and you’ll be back in the black soon enough.

Why not celebrate your upcoming salubriousness with a videogame or two? We’re here to help you out!

What is the Playday Sale?

Simply put, it is videogames, that are cheap.

Less simply put, we want to celebrate the end of January (the month that never ends) and give you the chance to pick up some games for less. We’ve even stuck a voucher out there that lets you save EVEN MORE on your order, and you can check it out on the VIP page once you’ve signed in.

Alright, what games are included in the sale?

This is only day one of the sale; we’ll be adding more, and more, and more, and more as we go through the coming days. The sale ends on the 2nd of February, so head back to our front page EVERY SINGLE DAY until then to see what’s new, what’s good, and what you can pick up at a price that’s frankly robbing us.

Here’s some highlights from day one:

This is a game where you can be the Flash, punching Gorilla Grodd in the face, then slamming him back and forward in time and eventually smashing him into himself.

I mean c’mon. It’s ridiculous, and stuff like that is worth the entry price alone.

The game that everyone made a big fuss about, turned out they were wrong, and then never actually seemed to say sorry afterwards. Its Shadow of War! It reviewed well, and it’s much like the first game only bigger in every way. Check it out if you wanna kill some orcs and make some orc buddies!

It’s Rocket League, the game of rocket powered cars and football. I mean it’s a winning combination, unless you let the ball into your own goal. Then you don’t win so much. Put it in the other goal, and gloat over the opponents for the rest of time.

Climb, hack enemies to bits, kill some dogs, skin the dogs, wear the dogs, make friends, make enemies, loot tombs, learn Greek, it’s Tomb Raider! Lara’s back and she’s got issues, and she’s going to work out those issues by shooting a load of bad dudes in the face.

Have some emotions, go on, you’re not just a soulless automaton, you want to feel, to love, to laugh, to live! This is the game for you.

Alternatively you can play this and scream at your friends as they PUT the DAMN TOMATO in the WRONG PLACE AGAIN.

If you like superheroes or LEGO, then this is the game for you. We enjoyed it! Read what we thought here.

There are few genres that are more ‘PC Gaming’ than the immersive sim, and the Deus Ex series is some of the best immersive simming about.

This game is old now but you can get it for less than a coffee, so yeah. Check it!

Have you escaped prison recently? No? Then this is a game you should definitely check out, you never know when you’ll need the skills you learn in its pixel schoolroom!

Check back here regularly as we’ll be adding top picks from every day of the sale!