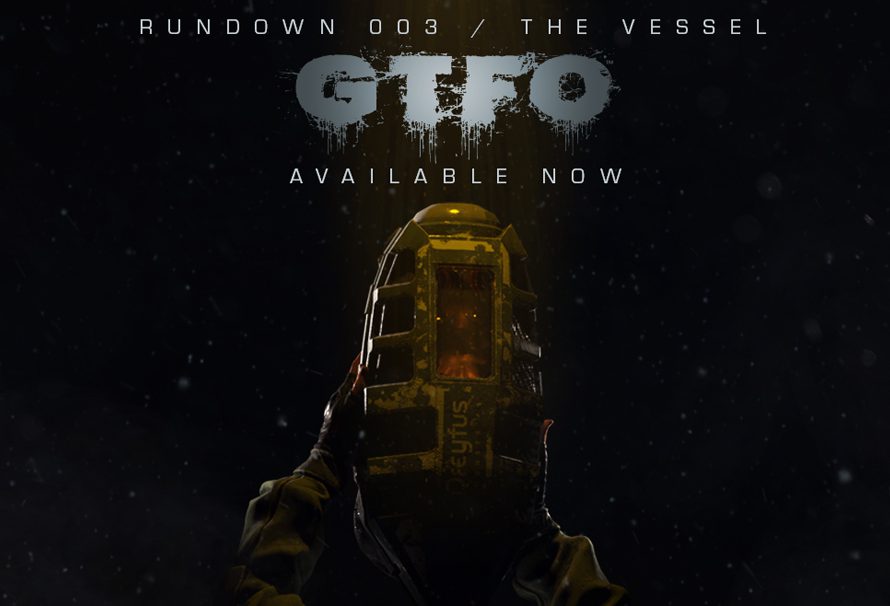 GTFO Rundown 3 ‘The Vessel’ is here. The Left 4 Dead meets aliens hardcore co-op shooter has just evolved to bring players all new content to be terrified of.

Firstly, if you’re unfamiliar with what a Rundown is, it’s essentially a fixed set of missions or expeditions given to you by the Warden. They’re all set within the Complex and are playable for a set period of time – usually a few months. The further down in the Complex you go, the harder those missions will become. Once the time expires on that Rundown, all those expeditions will be replaced by brand new ones.

Rundown 3 will include 7 new expeditions for players to drop into, each will provide new tests to face, new missions to complete and… other secrets.

Alongside the new set of missions, Rundown 3 will be bringing a host of new content too.

The first major addition with this update is the new environment called The Lab. This area has a brand new look and feel to it, with a more sterilised and clean aesthetic. Although it’s safe to say that it’s inhabitants will be anything but. The Lab has a distinct Alien feel to it and will be filled with all sorts of interesting rooms for you to cower in the corner as a horde of terrible beasts descends upon you.

Secondly, there is a brand new enemy coming to the game. “sounds coming out of it was recorded by one of our developer’s younger family members!” Is the quote being used. As per usual 10 Chambers are being very tight lipped about revealing too much, but you can see in the extended gameplay trailer a little tease of what’s to come. They look like alien crabs scuttling across the floor, fast and lots of them. Quite frankly they look horrifying, so they’ve nailed

There are also going to be a ‘bunch of new weapons’ added to the game. Again, no real specifics on what. Although you can see a new Gauss Gun in action during the video. It looks to fit in the secondary slot and has a low ammo count but can dish out some big damage. It looks great and has a really nice sound effect too.

The final major part of this update is that there will be more story added to the game. There is a lot of mystery around the Warden, the Complex, why you are there and why you’re being forced down into this hell hole. Rundown 3 will start to piece together some of the answers to those questions.

Up to this point, the community have just been providing their own theories on why all of this is happening. However, now the Complex will contain clues as to what happened and the new Rundown will allow players to seek out more information and start to uncover the truth.

The team has brought in Adam Gascoine who has previously worked on Doom, Doom Eternal and The Last of Us, to help create a compelling and interesting story.

There is one other area that needs to be quickly mentioned and that’s match-making. It is a hugely requested feature for the game, but it won’t be coming with Rundown 3. 10 Chambers have said that they’re still working on the match-making system and that they will only introduce it when it feels ready.

That being said, there is still a fantastic discord community of players out there who are willing to help new players or dive in with veterans.

GTFO has had an excellent first six months of early access. The game has progressed well and brought in new and interesting gameplay mechanics and content. The future is bright for this game.