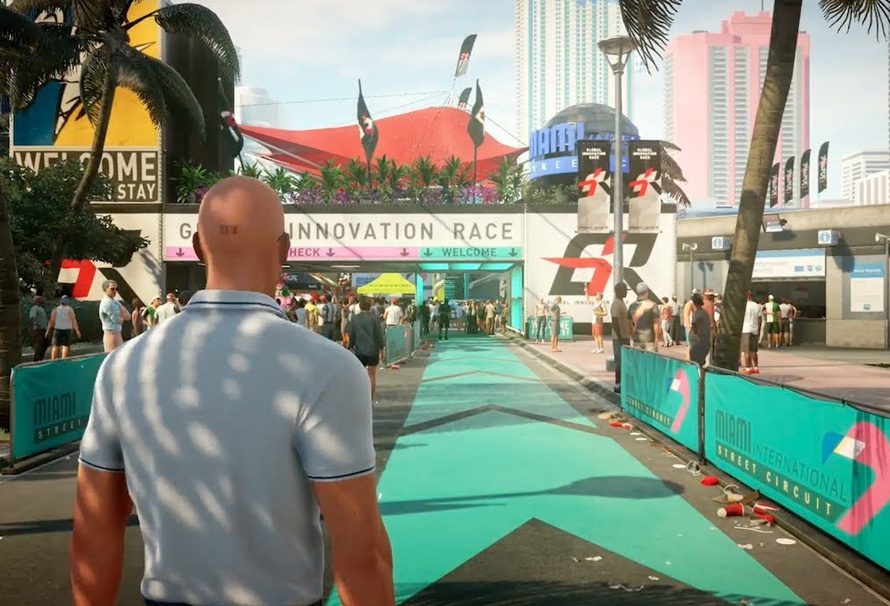 There’s always been a knee-jerk reaction to multiplayer modes being added to games, especially games that have focused on single-player experiences in the past. Hitman has always been primarily a single-player series, so it’s understandable that in some sectors the news that it’ll have a competitive multiplayer may be treated with a mixed reaction, at best.

After playing the Hitman 2 Ghost mode, we’re here to report that developers IO Interactive might just be onto something special. Here’s how it works:

Hitman 2’s Ghost mode is a 1v1 competitive multiplayer murder-a-thon. You and an identical bald clone face off to be the first to successfully murder 5 targets across one of Hitman 2’s trademark massive maps. All the usual tools and abilities are present, in effect it plays like a slightly streamlined version of the main game.

Where it differs, however, is in how you interact and don’t interact with your opponent.

Whilst you can see your foe as they walk around the map, you can’t actually directly interact with them in any way. All you can see is them, whited out, walking about the level. You can see what disguise they’re in, but that’s it. You can’t see what they’re up to, but you’ll know they’re narrowing in on your shared target as their location, as well as your target’s, is visible on screen at all times.

The only way you can interact is through the Ghost coin, and crates scattered throughout the level.

The Ghost coin works exactly like coins do in the main game – you ping it and off guards trot. The difference is that it doesn’t do anything in your world, but it will affect your opponent’s world.

Imagine you see them nearing the target, but you know there’s guards nearby. Toss your coin and cackle with glee as guards in your opponent’s world flock towards them. Then the kill is yours for the taking.

The other means of interaction is via crates. Each one is visible through walls as you approach, and each one contains two pieces of equipment. That can be weapons or disguises, but the twist is you can only take one. If you’re the first to reach a crate you have free choice, but if you’re second then you’re left with whatever your opponent didn’t want.

This means your approach can be decided for you, which as we all know is a danger in the world of Hitman.

I ain’t afraid of no ghosts

The competition in Hitman 2’s Ghost mode comes from the killing, of course.

The goal of the game mode is to be the first to reach five undetected kills, where both you and the corpse remain undetected for five seconds after taking them out.

After this happens a countdown appears, signalling to your opponent that they have twenty seconds to take out the same target, undetected, for the score to be negated. This gives you a chance to even the odds, to stop your opponent from gaining the point and edging closer to winning.

This makes the game not only a deadly game of cat-and-mouse as you stalk your target, but you need to keep one eye on your opponent and their location at all times. If they get too close to the target the panic sets in; you need to get moving, get a weapon, get anything, and take your target out.

But is it a good addition?

Hitman 2’s Ghost mode feels like a welcome diversion from the main game. It gives you a more bitesize Hitman experience, with the constant and tense reminder that your opponent is also out there, hunting your target.

By not having direct interactions between players it means that IO Interactive have been able to preserve what makes Hitman games great. Unlike many multiplayer modes added to single-player games, Ghost mode doesn’t detract from anything and actually manages to add a mode that’s fun, easy to pick up, but filled with that Hitman planning and stalking that’s the series’ staple.

The Ghost mode in Hitman 2 feels like the kind of multiplayer mode that’ll develop a dedicated following, and given what we’ve played of it, it certainly deserves one.

Hitman 2 will be released on the 13th of November 2018, and is available for purchase here.