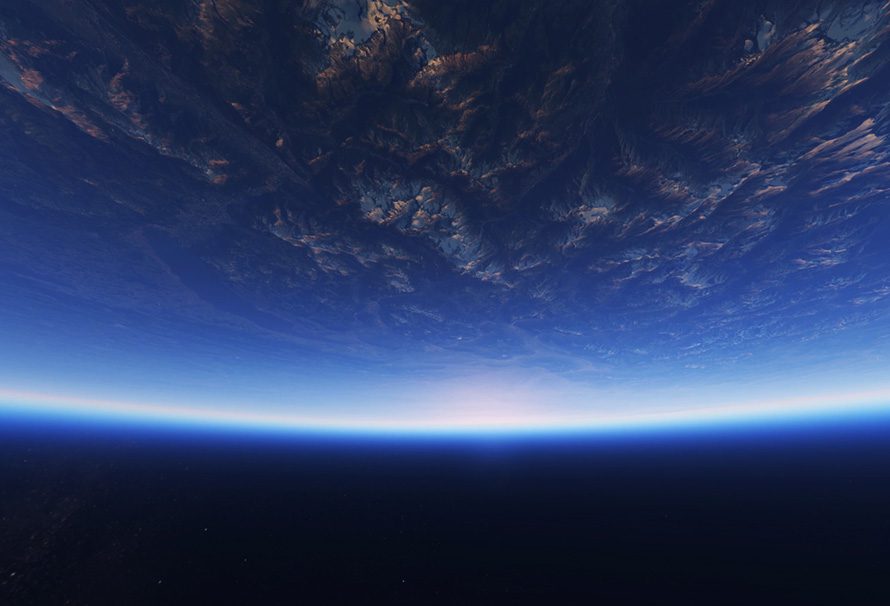 Earth Day 2018 falls on Sunday 22 April, and given recent revelations concerning widespread plastic pollution and accelerating climate change, it will surely be given more public attention – and trigger more environmental activism around the world – than ever before. So, if you’re concerned about what is happening to the environment (and who isn’t, beyond American right-wingers with big business interests?), can you square those concerns with being a gamer? Do videogames pull their weight when it comes to saving the planet?

The answer, superficially at least, would appear to be “No” – first and foremost, games are a form of popular entertainment, and most see their role as offering an escape from the everyday troubles and cares of the real world. However, there are games which at least manage to signal a concern for the state of the environment, in ways which encompass an entire spectrum of subtlety.

You could, for example, argue that pretty much any game set in a post-apocalyptic universe is effectively displaying concern for the current state of the Earth – although in many such cases, those concerns tend more towards the geopolitical than the environmental. But there are some which demonstrate an unequivocally environmentally aware vibe, and we thought it would be appropriate to bring them to your attention in the run-up to Earth Day.

Fate of the World: Tipping Point

This 2011 game developed by Red Redemption for PC and Mac is one of the very few efforts to build its gameplay around environmental concerns – indeed, it aims very overtly to provide a decent education about green issues facing the Earth. Essentially a turn-based, Civilization-style sim-game, it puts you in charge of a fictional global organisation with responsibility for social, technological and environmental policies (if only such a body existed in real life).

It lets you take environmental decisions and see how they pan out, both in terms of reducing global warming and trying to avoid social unrest. As such, it does a fine job of examining the issues that real-world governments face when attempting to get to grips with climate change.

This gorgeous-looking 2009 effort for the PlayStation 3 and PlayStation 4, developed by Thatgamecompany, is all about giving gamers a visceral connection to the environment. It’s pretty experimental, lacking any form of narrative and with gameplay that is minimal and defies convention. But it’s also incredibly Zen-like, and does a fine job of stirring both a surprising amount of emotion and generating deep thought into how we treat the environment.

In Flower, you control the wind using the Dual-Shock controller’s motion-sensing, blowing a petal around and thereby causing various effects in the game-world, such as bringing previously barren fields into bloom and activating windmills. Flower may be quite abstract, but it leaves one in no doubt about its desire to get us all thinking about the natural world.

Flower is actually the spiritual successor to Flow, also made by Thatgamecompany, and released in 2007 as a launch PSN title for the PlayStation 3. It’s less overt about providing an environmental call-to-arms than Flower, but shares a similar calming ambience that mimics natural-world processes.

Flow puts you in control of a plankton-like organism, swimming around in a sort of primordial soup. As you eat other creatures, your creature evolves into more complex forms, and eventually, you have to deal with predators.

You might imagine that a game which involves slaughtering giant monsters with huge weapons is unlikely to possess much by way of green credentials. However, Monster Hunter World is shot through with an undeniably environmentally-aware ambience.

That’s because it isn’t just about hunting monsters. One of its key gameplay mechanics involves collecting flora, fauna and natural resources in each area of its game-world, for which you are royally rewarded, and pretty much everything you collect has some use — as ammunition, a crafting component or food.

With all sorts of rewards and perks available for researching specified types of flora, fauna and resources, Monster  Hunter World gently but insistently encourages you to form a deep affinity with its environments. And what amazing environments they are, taking in rainforests, deserts and the like, all of whose superbly constructed ecosystems operate in a highly visible manner. The nature in Monster Hunter World may derive from the imaginative realms of fantasy, but anyone who plays the game will feel utterly immersed in it.

This 2016 offshoot of the much-loved open-world first-person action-adventure franchise was something of an aberration, but proved surprisingly compelling. It took Far Cry’s trademark free-roaming action way beyond its comfort zone, to a prehistoric world.

Although it isn’t a game which has an overtly environmentally friendly message, you can’t help thinking deeply about the modern world, with its growing cities and urbanisation, when you play it. Because it depicts a time when even the most rudimentary buildings had barely been invented, it puts you right in the thick of nature, at a time when mankind still struggled to dominate nature – indeed, that’s what the vast  majority of the gameplay is about (along with a healthy dose centred on mankind’s tribal nature, which also proves to be thought-provoking).

There’s nothing rose-tinted about Far Cry Primal – it’s in no way some sort of nostalgia-fest hymning a time when humans were at one with the environment. But its utterly plausible depiction of a pre-urban world offers vast amounts of food for thought for those who are concerned with what we are now doing to the environment.

This lovable 2003 action-adventure effort from Ubisoft’s resident genius Michel Ancel alludes to various themes, and concern for the environment is definitely one of those. It may even have inspired Monster Hunter World’s environmental investigation element.

That’s because protagonist Jade, painfully penniless at the beginning of the game, soon lands a job documenting the wildlife of Beyond Good & Evil’s game-world with her camera, and is rewarded for doing so with money, which is something you’ll need in order to complete the game.

Again, that mechanic puts you at one with the game’s environments – there are genuine thrills to be had every time you encounter a species you haven’t come across previously. Ancel is now hard at work on Beyond Good & Evil 2, and it will be interesting to see if he chooses to develop the original game’s element of environmental awareness in that.

Last year’s feted PlayStation 4 exclusive is another game which doesn’t ram an overtly green message down your throat, yet provokes deep thought about the environment, in a similar manner to Far Cry Primal. As with Far Cry Primal, that’s mainly due to its premise: protagonist Aloy occupies a post-apocalyptic world which has largely returned to a natural state, apart from the presence of predatory, often dinosaur-like robots.

The game’s juxtaposition of unspoiled environments and dangerous yet useful technology (which provides a source of weapons and ammo for Aloy) functions as a great what-if scenario, providing a snapshot of  what might happen if global warming caused our civilisation to collapse. And as such, it provides a cautionary tale which will strike a chord among those who care about arresting environmental destruction.