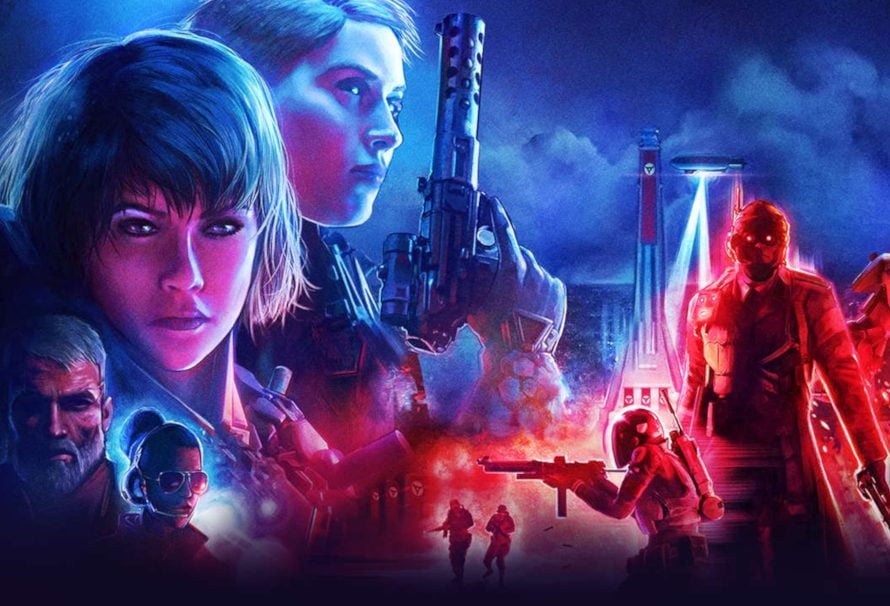 Game developers don’t like standing still, and with good reason too. In an ever-changing industry, refusing to adapt and offer something unique and fresh to gamers is almost like sounding your own death knell.

For MachineGames, Wolfenstein: Youngblood is the literal embodiment of the phrase ‘Out with the old, in with the new’. Gone is the single-player mode only mantra, overreliance on ageing Nazi-killer extraordinaire B.J. Blazkowicz, and core focus on the first-person shooter genre that previous entries depended on. In their place is a co-op title centered around B.J’s twin daughters Jess and Sophie, laced with soft RPG elements, and expansive levels that encourage exploration and new ways to strategically approach combat scenarios.

A new game, a new challenge

Ripping up parts of the development manual that you’ve relied on so heavily could be a recipe for disaster but, for senior game designer Andreas Ojerfors, it was a necessity to prevent MachineGames from becoming too comfortable in their own skin.

“It’s definitely been a challenge, but I think the team was ready to try some new things,” Ojerfors told us at QuakeCon Europe. “We wanted to play around with the format a bit because we had The New Order, The Old Blood, and The New Colossus, so this was going to be our fourth Wolfenstein, so we wanted to give ourselves some new challenges in the studio.”

The where and when…

Wolfenstein: Youngblood takes place two decades after the events of The New Colossus. B.J. has gone missing in Nazi-occupied Paris and, as either Jess or Sophie, players are tasked with finding their dad – in Da’at Yichud power suits no less – and ridding France of its unwelcome overlords.

Youngblood isn’t a complete departure from MachineGames’ well-trodden path. It retains the humor, heart, and heaps of violence that the series has become renowned for. In stepping out of their comfort zone and making a game aimed at two players instead of one, however, MachineGames had to overcome numerous obstacles. Chief among their concerns was their pre-programmed AI that, according to Ojerfors, struggled with an extra playable character to contend with.

“As soon as we threw in another player, the AI became super stupid,” Ojerfors amusingly revealed. “They bounced between the two players and didn’t know how to deal with them because everything we built, when it comes to our AI, is geared towards the enemy trying to understand and respond to one player. So we spent a ton of work on making sure that our AI works well with two players. I’d say we did a really good job there and I’m really happy with it because I think our enemy AI is now more responsive and more dangerous than before.”

Dispatching Nazis with a friend also requires a bigger playground. With little to no experience of creating open-ended levels, MachineGames enlisted the help of a studio that knew a thing or two about developing expansive locations – Arkane Studios.

“This was a full partnership with Arkane from the beginning,” Ojerfors admitted. “We came out of the production of The New Colossus and they came out of Dishonoured 2, so we both kind of had an opening in our schedule. We were thinking about what to do next and our game director and their game director talked and said: ‘Okay, let’s try to do something together’. That made it possible to build Youngblood from a production perspective. We built this thing in a year and a half because both studios were working on it.”

In working together, MachineGames and Arkane Studios broke up development to play to each of their strengths. Arkane created the open-world levels for the game’s mid-section, as well as an entirely new weapon and dictating how one of Youngblood’s biggest boss battles would play out. MachineGames, meanwhile, focused on delivering their archetypal linear missions at the game’s beginning and end, and developing the game’s story, cast, aesthetics, and RPG system.

“Most of the RPG elements that we have are there to allow the player to have the freedom that we wanted,” Ojerfors said. “We want you to play the game the way you want to. That means upgrading your character and weapons in the way you want them to play. You can choose the order of missions and to have progression in both difficulty and player access to different upgrades.”

With Youngblood and its fellow spin-off Wolfenstein: Cyberpilot, MachineGames brings a freshness to the franchise and, providing they’re successful, hope to offer gamers more adventures in the wider Wolfenstein universe in the future.

“Youngblood and Cyberpilot was possible because we worked with Arkane so, in the future, I’m sure we’re going to do more side products,” Ojerfors said. “We’ll probably continue with the rhythm of making a huge game and then making something slightly smaller. That’s a good rhythm for us so far, so I imagine we’ll have other opportunities to do something like Youngblood.”

To find out more you can check out Everything you need to know about Wolfenstein: Youngblood or head to the Store page. If you’ve played the game already come let us know what you think on the Green Man Gaming Community pages.

Tom is a UK-based freelance journalist who likes playing, discussing, and writing about games. Not all at the same time though. That would be silly.