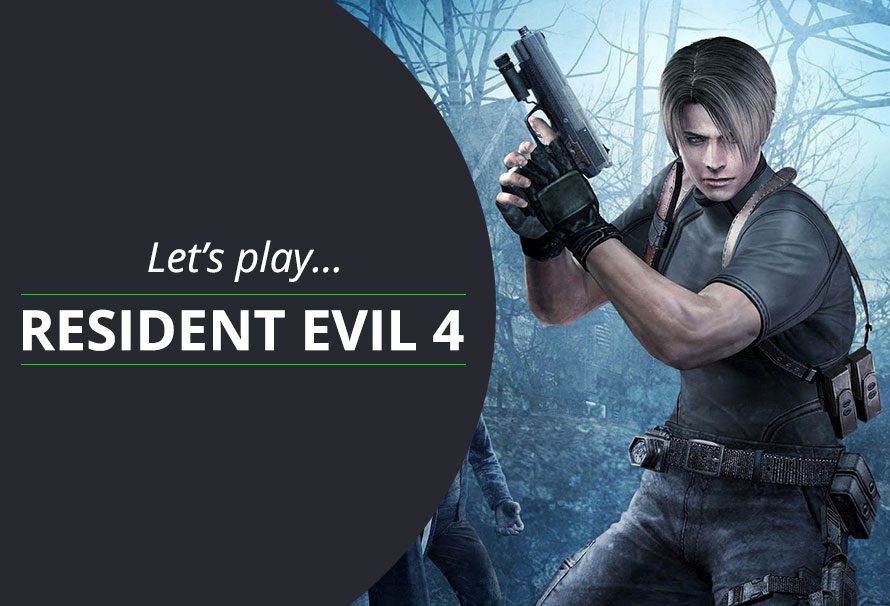 Resident Evil 7 is just a few hours away! To say we’re excited about the next instalment of Resident Evil would be somewhat of an understatement.

You may remember last week our resident video guy Alex played the Resident Evil 7 Beginning Hour demo. This week he took some time out to play some Resident Evil 4. You can check out the epic Let’s Play video below.

Some of the GMG team had some questions afterwards.

My favourite is probably Jill Valentine, but I’ve got to say I do love Leon’s silly one-liners in Resident Evil 4!

Do you think there will be similarities between Leon and Resident Evil 7’s main protagonist Ethan?

I doubt there will be many similarities, as Ethan is just a regular guy who doesn’t have any police or special ops training. I don’t think we’ll see Ethan diving through a window, unloading a pistol into five enemies and then sending them flying with a roundhouse kick. Instead he’d be desperately scrambling for his life!

From playing the beginning hour demo, do you think Resident Evil 4 and 7 are similar?

There are some of similarities In terms of setting, as both RE4 and RE7 feature dilapidated wooden buildings, ancient pots of rotting food, corpses and body parts and creepy crawlies. They both have that Texas Chainsaw Massacre vibe. In terms of gameplay, however, they are utterly different. RE4 has you gunning down entire villages full of cannon-fodder enemies, while RE7 has you fighting for your life against a small number of very dangerous opponents.

Do you think the Baker Family are zombies/been infected by a Virus of some sort or just mental?

I reckon that it will be a similar situation to Resident Evil 4, where they at first simply seem to be a group of crazy people, and then it turns out they have some kind of infection, granting them superhuman abilities but twisting their minds.

Are you more scared or excited to play Resident Evil 7?

I’d say I’m excited to play Resident Evil 7, as I don’t scare easily. It’s been a long time since I’ve been scared by a game or a movie. That said, if any game has a chance of scaring me, I’m betting it is going to be this one!