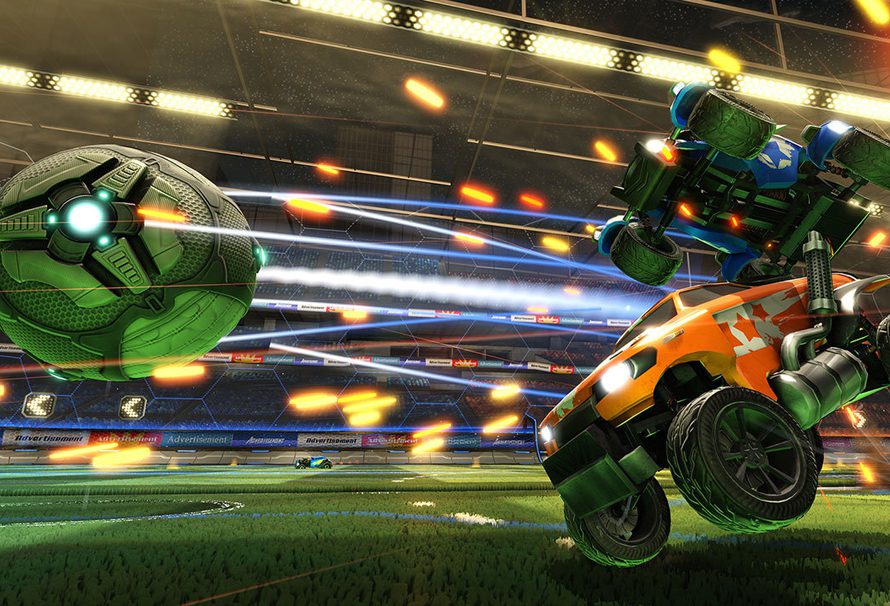 Rocket League is as huge as it has ever been! So We thought now would be the perfect time to give the gaming public some of our top tips, so if you are new to the game or just want to brush up on your rocket car skills then, these tips should help you out!

Keep calm and rocket on

It’s never a good idea to panic in Rocket League, make sure you try to keep calm at all times. It’s easy to rush full speed to reach the ball, but sometimes it’s best to hang back and watch what everyone else is doing and then plan your attack.

Gain more air in your jumps

Most players don’t realise that holding jump rather than tapping it gives you more air. This little trick can come in dead handy to give you that little bit extra in a sticky situation.

More often than not, players will end up chasing the ball at some point. Try to avoid doing this, if a teammate already has position think about supporting him or get in a defensive position, it is a team game after all.

Use the air jump

If the ball has been launched high into the air then we suggest that players press jump, wait a beat, and then press jump again. This always gets you higher up quicker than someone who doesn’t use the air jump and you will soon have an advantage over your opponents.

Driving forward and and double tapping jump will perform a forward somersault, a few of these will get you up to supersonic speed. Do this instead of always burning all your boost, save that for when you really need it.

Keep an eye on your boost

Make sure your boost is always topped up, last thing you want to do is, run out of boost just before you are able to score an amazing goal (This may also result in ridicule by your teammates). So it’s best to keep your boost topped up with the various pick ups that litter the field. Take it from us, it is handy to keep collecting the boost pick-ups as it could result in your opponents running out before they can execute that perfect aerial.