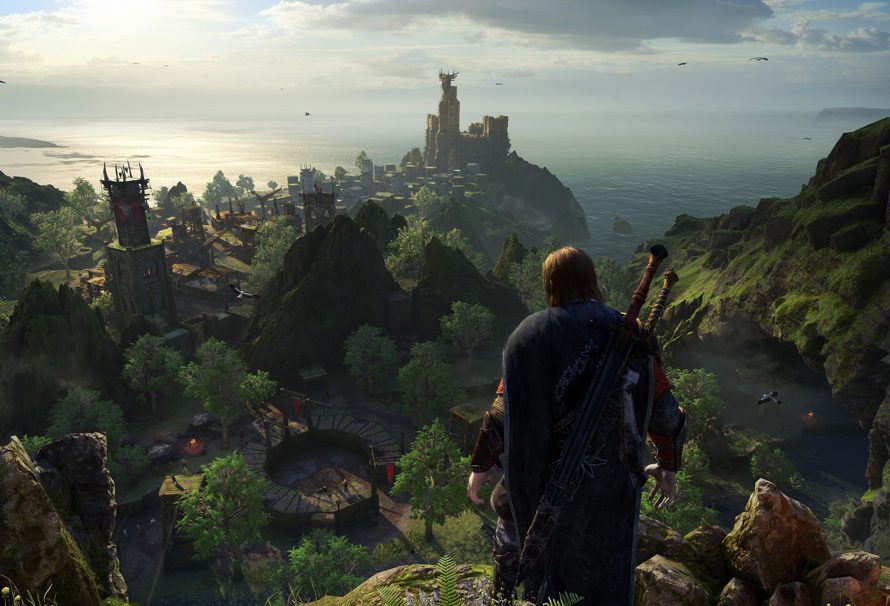 Middle Earth: Shadow of War is coming out real soon, and we can’t wait. The first game, Shadow of Mordor, was a great mash-up of the fighting, climbing and stealth action we’ve learnt to love in the Batman: Arkham series, as well as the world of Tolkien’s Middle-Earth. There are some aspects of the Shadow of War game that have upset certain groups of gamers, making them swear off the title. In this article we’ll go into a little of why we think Shadow of War will be an excellent follow-up to the original game, but we’ll also talk about some of the more divisive topics that have arisen in the run up to its launch.

Before you read on, let’s address the elephant in the room; we at Green Man Gaming make our living by selling games. Therefore, we’d quite like you to buy this game… ideally from us. While this isn’t the reason for this article (you can make your own decisions, after all) it felt prudent acknowledge that we might be trying to persuade you to take a particular course of action.

Okay? On with the show.

Everything we’ve seen so far makes Shadow of War look like it’s going to be everything we loved about the first game, multiplied several times. There’ll be more huge fights, stalking enemies and nursing massive grudges against specific orc captains.

Introducing the new sieging gameplay, Talion will get to storm enemy strongholds and take them over, setting up his roster of orc and troll mates to look after it in his stead. Not only are you a wraith-possessed ranger-assassin, but now you are a commander of a full army, or even several, and your posse of randomised warriors will serve you as you command. The much-loved Nemesis system is getting upgraded, your lieutenants will even start turning against you, or being resurrected to fight on the enemies’ side. Ride dragons, fight a Balrog, chill with Shelob.

This game is going to be huge, and filled with intense Middle-earth action.

The Shadow Around The War

If we left this article here it would surely sound like a slam-dunk for anyone who enjoyed the original game. In the run up to release however, there have been several news stories emerge that have shaken the confidence of some players that were potentially viewing the game as a must-have. Revealing that the game would have a loot chest system, the presence of a $300 special edition, the poor communication surrounding the release of a charitable tribute. All of a sudden we’ve stopped talking about the game and all we can think of is how much we’re being hit in the wallet.

The announcement that a beloved member of the development team would be transformed into the optional DLC character Forthog Orc-Slayer with all the proceeds going to the family of the developer should have been seen as a nice gesture. Instead, it rapidly emerged that it was a little more complicated than that: some US states were exempt, as was the rest of the world outside the US, leading to the belief that the publishers would be pocketing the cash. As much as this isn’t the case, that it was unclear furrowed the brows of the exact same people who would have been most likely to donate in this way.

The presence of loot boxes in full priced games (and we’re no innocents here, but we’ll be talking about that soon) is not something that is widely welcomed. Okay, that’s an understatement, but there has been some acceptance of reward crates, loot boxes, call them what you like that offer cosmetic items. While not exactly seen as a Good Thing™ neither were they viewed as a reason not to pick up a game except by a hardline few.

When unveiling the contents of these loot boxes it turns out that as well as cosmetics Shadow of War will be offering captains for your army, training boosts, and weapons for Talion to use It’s okay though! You can buy these boxes with in-game currency, and as milestone rewards instead of real world cash – although real world cash can also be used. Is that actually okay?

Your wallet, Your Vote

If you disagree with games containing these kind of options you may think the best thing for you to do is to not buy the game in order to voice your discontent. You know what, in large enough numbers you might still have an impact and yet, it looks like being a really good game, and this means the likelihood any protest non-purchase may not be significant.

There is another way however.

What if almost nobody bought loot boxes? What if, rather than a rejection of the game as a whole, only the point of contention was vetoed? What if you only acquired the items you felt were acceptable, rejecting the others?

This is what I mean by voting with your wallet – every purchase you make is a vote. If you buy the game, it’s a vote that says, “this is the kind of game I want”. Every loot box purchased states, “I want to have this loot box in my game.”

Modern game development involves a great deal of analysis as to how different systems perform. From weapon strengths and weaknesses, to chapter lengths, player progress and, you guess it, in game purchases.

Changes to the game and all its trappings are dictated as much by this data as they are by public sentiment online, and by how the design team wish to evolve the game. If you’re not in that ecosystem, you’re not voting at all.

To Game Or Not To Game?

My opinion is that Shadow of War looks like being truly amazing, a potential game of the year, and I’m not going to miss out on that. I’ll decide whether or not to invest in loot boxes once I’ve got further into the game.

In-game purchases, whether you like them or not, are here to stay. How they evolve from here is up to you. It’s your decision to buy a game, or not. To buy an in-game item or not. Ultimately the choice is yours, but the way in which they evolve will be dictated by those who are voting… with their wallets.