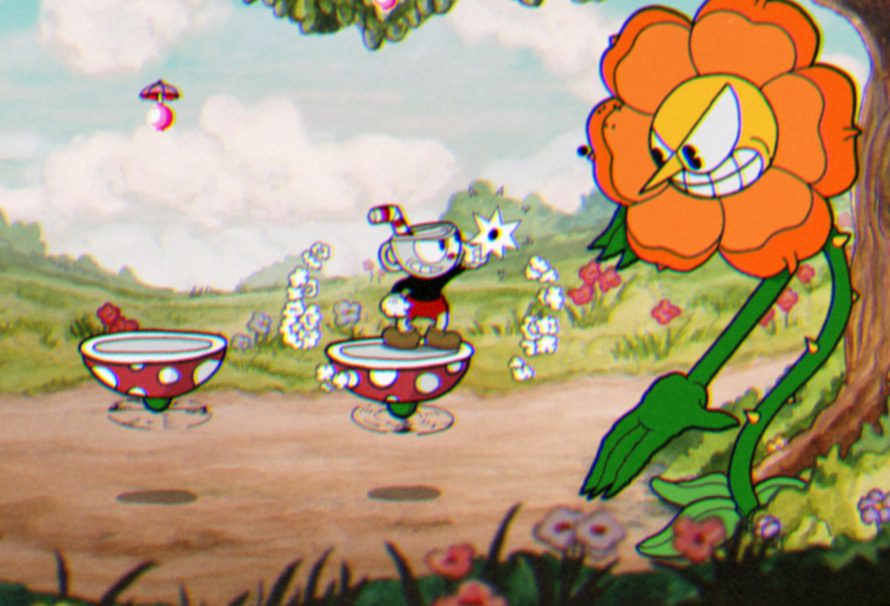 Cuphead is coming! Finally after a lot of development, the Disney-esque platformer is coming to Xboxes and PCs near YOU.

But did you know this isn’t the first version of Cuphead? Before the design was finalised and the Cuppy Boy we now know was created, there were several different versions planned out.

Originally a horror game, this version of Cuphead featured an intense and dark atmosphere with a live cast, all made up to look like their heads had been replaced by Cups. As everyone knows, cups are one of the great fears of the human race, along with spiders, heights, other people, and Gordon Ramsay. Chilling.

Cups weren’t the first crockery thought about after the team shifted to making a platformer, originally Cuphead’s head was going to be a plate! This went down well with the team and they even got so far as to make a test level. Unfortunately it was found that Platehead had a face that was just too big and devoid of emotion, so they went back to the drawing board for a more friendly eating item.

The third variation on Cuphead saw his head replaced with the humble spoon. This had life and a joie de vivre which the development team loved. They game was nearly complete when it came to light that Spoonhead is a derogatory term for the Cardassians from Star Trek. It turned out they’d even managed to replicate Garak from Deep Space 9’s head pretty perfectly, entirely by accident! Paramount’s lawyers are a fearsome thing, so the decision was swiftly made to alter Spoonhead’s head, again.

Late in development, a focus group who played the game complained about being unable to empathise with a simple cup, so the development team went back to the drawing board again. This time they came up with the idea of using the most lovable creature known to humanity – the simple duck. Everyone loves ducks, they thought. Alas trouble reared its head again, as the duck implemented as the head wouldn’t stop quacking, giving everyone who played the game a splitting headache.

The most avant-garde period occurred next, with the development team giving Cuphead an entire body, of Cuphead. The plan was that he would be able to shoot twice as many bullets out of his tiny Cuphead hands as before, and lend the whole game a Terry Gilliam-esque level of whimsy. The issues here arose from the fact that Cuphead’s body isn’t so strong, so he kept falling over, propelled downwards by the mighty weight of his tiny homunculus perched atop his shoulders. Shame!

That’s your lot! All the Cuphead versions that nearly existed but never did. It just goes to show that making a game is hard, and there’s a lot to think about when putting Cup to Head.

Cuphead’s available from our store right now, and it’s coming out on the 29th of September – this time with an actual cup for a head, none of that Duckhead nonsense, what were they thinking.

(Note to Cuphead lawyers, again, please do not sue us).