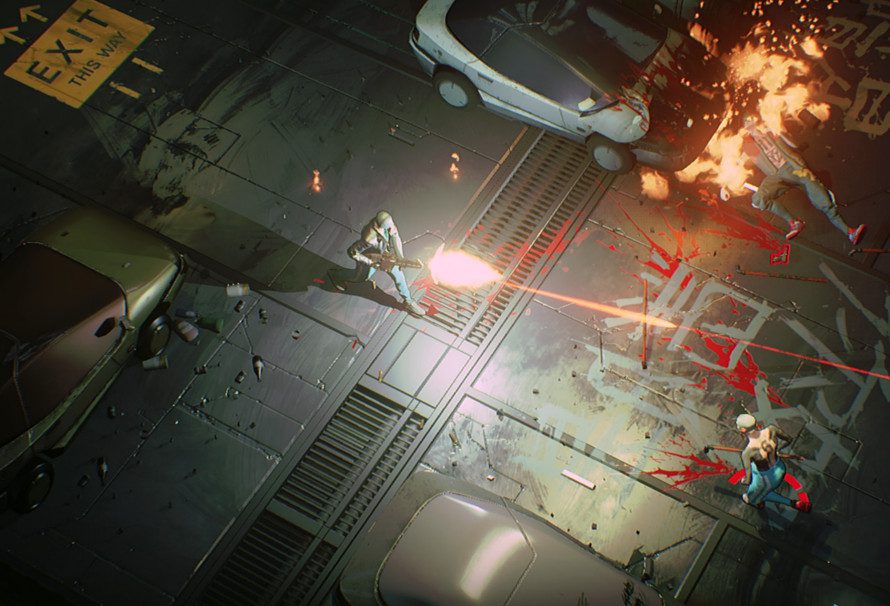 We’ve got great deals on new releases and games coming out as soon as this Friday. So here’s what everyone is buying from us right now and with these prices, do you really want to miss out?

The fast paced action cyberpunk game from Devolver Digital has earned rave reviews and people are blown away by the edgy isometric game about a sociopath out to bring down a corrupt society. Ruiner wreaks of gore and violence, lit up by the electric currents which pulse through the game’s central narrative. A clean cut game, which won’t let you stand still. One for fans of cyberpunk and beautifully bloody gameplay.

The next game in the Middle-earth Shadow series, the team at Warner Bros has released plenty of new gameplay videos for you to feast your eyes on. With our first impressions after a hands on with the game, we were really impressed with the look and feel, the array of characters and the fact that you can hop on a Drake (no, it’s not that easy). The game comes out on 10th October, so it’s nearly time to reprise the role of Talion and take on the Sauron’s perpetual army.

If you’re not throwing yourself off rich mountain cliffs with your mates in the vast planes of Pandora, you haven’t lived! This game is just so incredibly fun and it’s really what you make it. Into rambo style gameplay? Rather hang back and heal? Want to snipe from afar? There is a character, a style and one of over 17 million guns for everyone. The dialogue is pure genius and the characters you meet along the way to defeating the Hyperion Corporation, are incredibly clever.

The first game in the reboot series explores a young Lara Croft, before she became a Tomb…Raider. Thrust onto a remote fictional island as her ship is destroyed by a ferocious storm, Lara must learn to craft, hunt and survive. The game lets you take on the role of a younger, less experienced Lara, who is still finding her footing in the treasure hunting action adventures she finds herself on. The game is full with grit, gore and moments which shape Lara’s character.

The gorgeous new platformer from Studio MDHR has taken the gaming world by storm, proving increasingly popular amongst platformer fans and for players who admire the incredible art style, which has a wonderful attention to detail. Gambling with The Devil is never a good idea, that’s why Cuphead and Mugman have to battle through endless hordes of The Devil’s minions in this 1930s style cartoon platformer. If you ever find yourself gambling with The Devil, we suggest you run!

Out Friday, the annual football event is here and it’s what most people are talking about. Reviews have started to trickle in and it’s looking good, complete with new features for the career mode and ultimate team. The game has so far been praised for its variety in game modes, presentation and constant detail to updates. It appears that if you want an authentic football gaming experience, it’s time to get out on the pitch in FIFA 18.