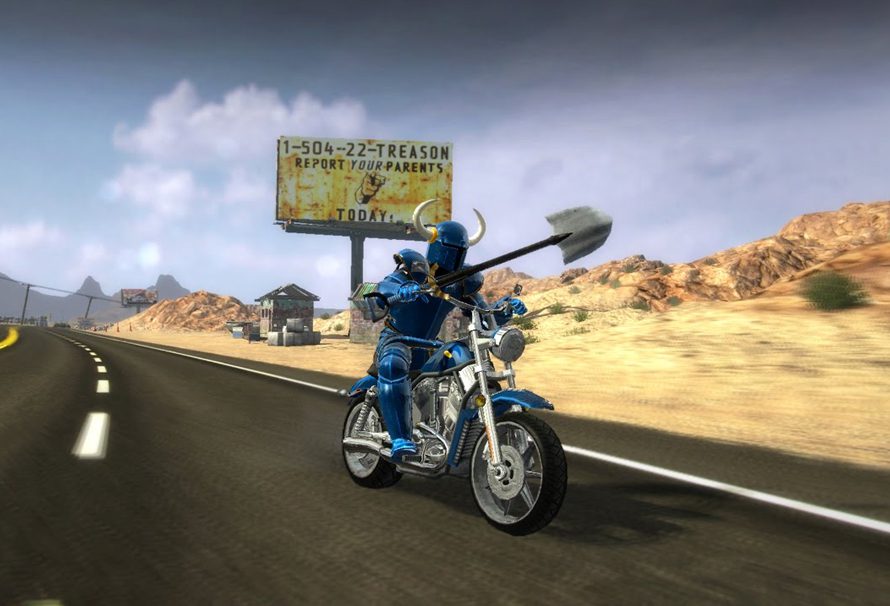 Back in the 90s Road Rash was all the rage, players could race motorcycles, brandishing all sorts of melee weapons in order to defeat their opponents and take the gold. It has been a while since we have seen another game like it, true, it can be argued that Grand Theft Auto has now filled the Road Rash void, but Pixel Dash Studios and EQ Games heard the calls of the hardcore Road Rash fans and  created what is considered to be the spiritual successor to the 90s motorbike brawler. Welcome to Road Redemption.

What Is Road Redemption?

At it’s core, Road Redemption is a bike racing game that is being developed by indie devs Pixel Dash Studios and EQ Games. Players are thrown into motorcycle races where the only objective is to be victorious by any means possible. Players can use weapons to destroy their opponents and also destroy oncoming traffic that gets in their way. The police will also be involved as well, in order to put a stop to you and your racing rivals once and for all. This is a fast paced, adrenaline fuelled racing game where no holds are barred.

The developer explains on the Road Redemption website that players “earn money by completing races, assassinations, robberies, and other challenges in your path. As you collect loot, you’ll upgrade your character, your bike, and your weapons,”. So it’s great to hear that there is an element of character progression to this gritty racing game.

Road Redemption holds the same gameplay elements that Road Rash did back in the day. As you can imagine Road Redemption is a pretty big upgrade from the from its 90s forefather. Players have several melee weapons to use and choose from but unlike Road Rash players will also have several ballistic weapons to use as well. Gameplay has shown off players taking out racers with various weapons and also taking out oncoming traffic and police with grenades, shotguns and assault rifles.

Road Redemption is a lot more than just a Road Rash successor, its the game that Road Rash always wanted to be. The game is currently in Early Access at the moment and plans to come out of Early Access on the 4th October 2017.

You can check out the latest trailer below.