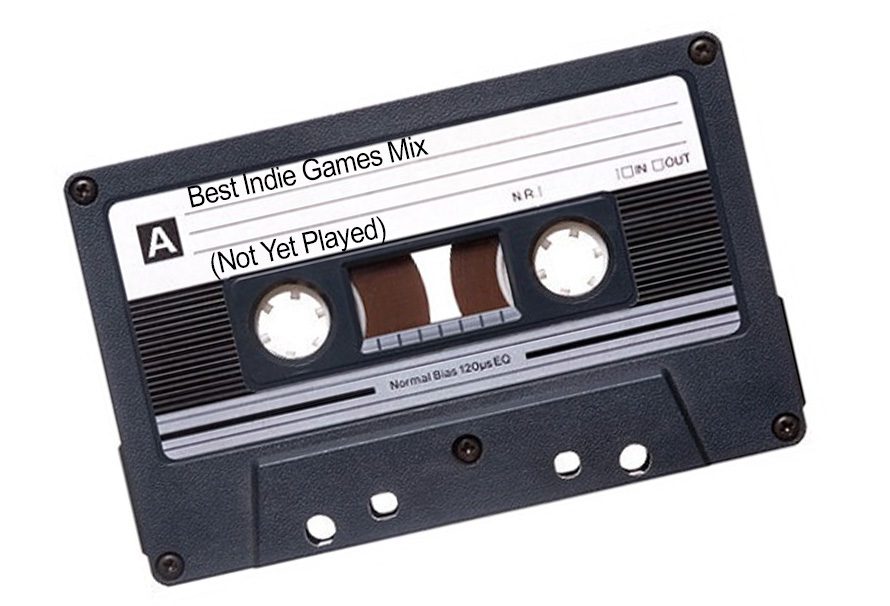 The problem is discoverability. With all these games, how do you find out which ones are amazing? How do you separate the games you will love from rest of the crowd?

Well thankfully we’re here to point your way to the best 10 Indie games that you haven’t played…yet.

Twin Peaks feels like a too-easy comparison for this game, but it is very Twin Peaksy, and also a bit X-Filesy. What it is most though is an absolutely thrilling story told through a bare-bones but incredibly cinematic lens. If you have any interest in cinema, music, or plotting, then this is a required play. You’ll be thinking about it long after you finish it, and you’ll be listening to its soundtrack for even longer.

The Flame in the Flood

If survival’s your thing then forget all the Day-Zs or Long Darks, it’s an adventure with Scout, her dog Aesop, and a raft that’s where you want to be. Taking place in a beautiful world filled with danger, it’s up to you to steer Scout to safety as she makes her way down the giant rapids. Or maybe you’ll steer her to sudden death, you monster.

It’s still in Early Access but remarkably complete, Slay the Spire is a roguelike deck-building game. Confused? It’s a lot simpler than it seems, and also a lot more complex. Building your deck as you race up the spire, and using it to take on challenges or enemies, you build and spend cards as you plough through the spire hoping that you’ll get the right combination of cards that’ll let you deal with the challenges ahead. Die once though…and it’s back to the bottom you go.

It’s emotion time in Last Day of June, a puzzle-based game where you play as Carl who has been recently bereaved. Exploring his memories and solving puzzles, you try to find a way to save his wife, June, from her death in a car crash that also left Carl in a wheelchair. It’s a beautiful and poetic story about love and loss, and it expresses itself through its mechanics and puzzles in a way that not many games manage.

What Remains of Edith Finch

Speaking of loss, here’s a game all about it. From the team behind The Unfinished Swan, What Remains of Edith Finch falls into that genre which has been unkindly called ‘walking simulator’; its real challenge and gameplay comes from understanding its themes, feeling the intended emotions that the developers have seeded through it, and from appreciating and experiencing the world and story that’s present in the game. It’s a story that’ll take your breath away, and one that’ll stay with you long after you close the game.

If FTL is a tale of a crew desperately holding out against overwhelming odds, Bomber Crew is a slapstick comedy about a crew barely able to cope, unready for the skies, and dropping their bombs like pigeons drop crap on your car. Managing a crew of idiots while you’re under attack from multiple incoming fighters, it’s up to you to complete the mission and show the enemy what for, but nothing’s ever that easy and Bomber Crew is a tough game that’ll take a lot to overcome.

When the only thing you have to solve puzzles is your own body, then that’s what you’ll have to use. Human Fall Flat is a surreal adventure set in a dreamscape, where the only way to get out is to figure out how to escape using your own body, and those of co-op friends, to solve your way to freedom. It’s a free-form and chaotic puzzle game that combines co-op physics fun with a series of rapidly escalating puzzles. Your body is your only real tool, and your body is floppy and ready to fall flat.

Brothers: A Tale of Two Sons

Two brothers go on an epic adventure to find a cure for their ailing father, and on the way they meet friends, enemies, and see wonders they had never dreamed of. Using a unique control system on gamepad where each analogue stick directs each brother, it’s a puzzle game that will test your ability to keep track of multiple moving parts as you solve your way to your goal. That’s before the feelings come in, as this game hits hard on the emotion front. Play because it’s wonderful, but play at your own risk.

If you thought this game looked like Journey but underwater, you’d be half right, but what that short description passes over is how wonderful, mysterious, and frankly terrifying the underwater world in ABZU is. Moments of utter joy mix with moments of fear as you explore hidden secrets at the bottom of the world. It’s also a game that just asks you to take a moment every now and then, yes there’s danger and beauty in its world, but also why not take a moment, look around you, and appreciate the visuals. If you’re too timid to venture into the deep, why not let famed underwater explorer Jacques Custard guide you into the ocean?

There’s little else as relaxing as putting your truck into a middle gear, sticking on the cruise control, and listening to the local radio as you eat up the miles on a continental truck journey. Euro Truck Simulator 2 is still the most complete of the Truck Simulators, and it’s a game that’s as deep as you want it to be. Do you want to micromanage your own haulage company and park with precision with each cargo, or are you just looking to drive from Luxembourg to Milan and honk at geese? Euro Truck Simulator 2 lets you set your own pace, and it’s a game that’s unrivaled in letting you do that.

So there’s 10 cracking indie games that you might not have touched yet, and if you haven’t given them a go – give them a go today! Most of them are also in our Discover sale, which means you can get an extra 22% off when you put DISCO22 in when checking out.