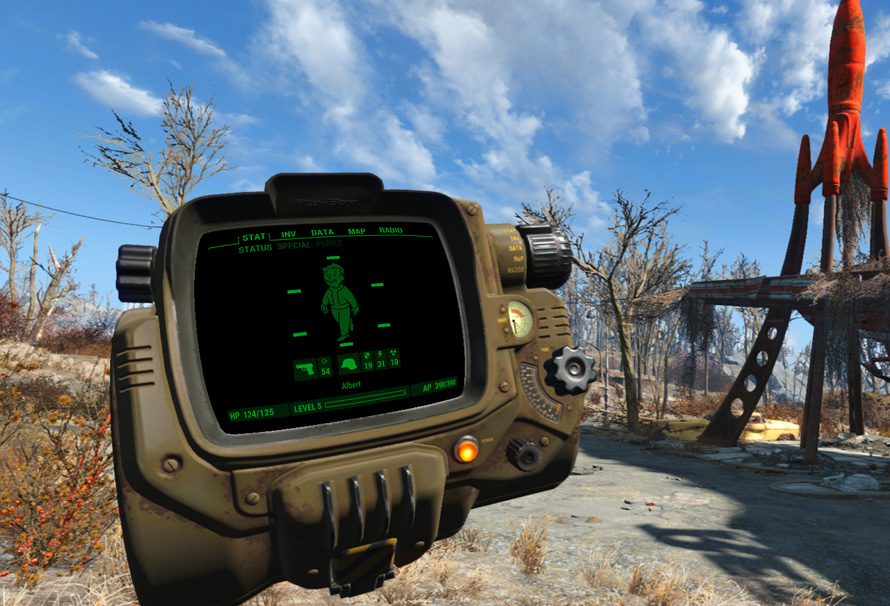 Fallout 4 VR has been announced at E3, and that means one thing. We finally get to experience the Commonwealth the way it was meant to be experienced, all up in your grill.

There’s loads to see and do in the Commonwealth, but here’s my picks for what you should see now you’ve got your VR hat and goggles on.

The Beautiful Face of John Hancock

Look at his beautiful craggy face, I bet you can’t wait to just get up close and personal with this hunk of a ghoul. Rub those crevices and radioactive scars all over your VR goggles, because beauty is skin deep, and he doesn’t have any skin left. John Hancock is the premier companion in Fallout 4, as proved scientifically by me, so Fallout 4 VR is just the perfect chance to grab that ghoul and never let go.

Go on, give him a smooch. He doesn’t bite! He stabs instead.

The Reflection Of Not You

We don’t know if Fallout 4 VR will have same character creation as the original game, but if it does, starting the game with you looking into a mirror and seeing…someone else…looking back is going to be terrifying. Forget Amnesia, this’ll be the true horror game that’ll haunt a generation.

The Reflection Where You Aren’t

Everyone does it right? You run up to Codsworth and you look into his shiny chrome body, and you look for yourself. This’ll be so much more disturbing when your actual body isn’t there! You’ve had someone else’s face staring back at you out of a nightmarish mirror, now your entire body will be missing, are you a ghost? Maybe the bombs fell and you didn’t survive.

These guys are terrifying already. You hear that beeping and you instinctively panic, firing shots off and running backwards at the fastest pace imaginable. It doesn’t matter, because they were to your side all along, and now you’re just a sludge of red smeared across a post apocalyptic floor, time to reload and try again.

Now do all that in VR! Won’t that be ABSOLUTELY HARROWING.

OK taking a break from the horror to be found in the Commonwealth, the weather effects in Fallout 4 are amazing. Imagine sitting on a hill somewhere, watching the radioactive clouds flow over the land. Or you’re hiding under a tin roof, hearing the rain pitter-patter above your head.

Building a settlement in Fallout 4 can be a little difficult sometimes, but when you start getting it together and you start building your home, it really begins to feel like your place. Now imagine getting to walk amongst your own little wasteland outpost and see it as if you were really there. You’d see your TV, your Radio, your Bobblehead collection. It’d make ‘home’ feel so much more real than it currently does.

It’s hard to get an open world game as big and as complicated as Fallout 4 without a few bugs, and thankfully most of them tend to be the funny variety in Bethesda’s masterpiece. Think how much more funny it’ll be when you shoot an enemy only to have them stretch out like elastic and ping off into the distance, but you’re in first person and seeing them like they’re real. Maybe it’ll be horrifying, but I’m betting that it’ll be absolutely hilarious, and there’ll be a billion reaction videos of people freaking out due to in-game physics glitches within the first week.

So that’s just some of the stuff I reckon you should look out for when you get your hands on Fallout 4 VR. Disagree? Send your tweets or Facebook comments my way! I’ll fight you.

Until then, you can pre-purchase Fallout 4 VR here!