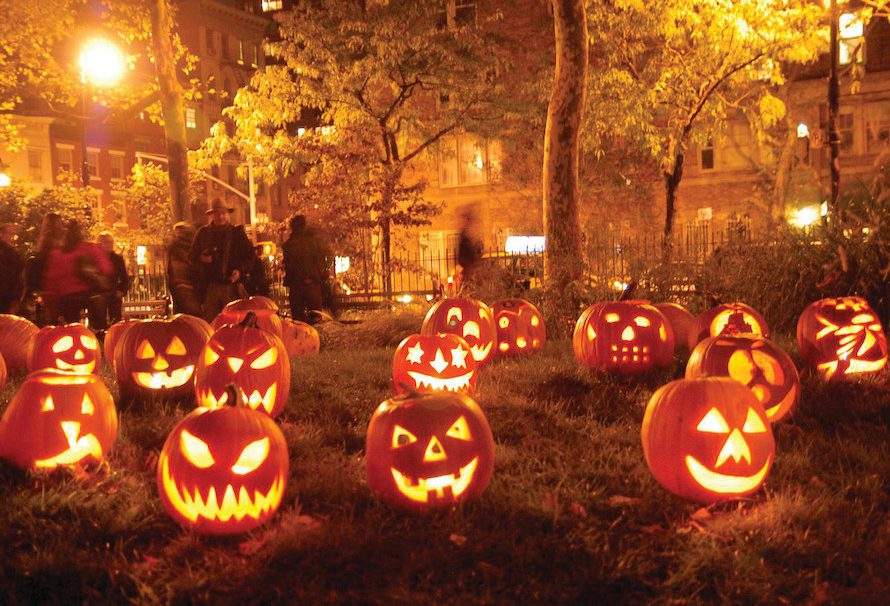 When the night grows dark and the spirits rise there’s only one thing to do – play one of the top 10 Halloween games you can play in 2020, of course. We’ve scoured the darkest places, the most fearsome corners of the world and returned mostly unscathed to give you a true taste of fear.

So turn the lights down low, put your headphones on, and come with us on a spooky ride through the most terrifying Halloween games you can play.

If there’s one name synonymous with fear, it’s Amnesia. Now, a sequel has arrived, and it’s filled with more of the absolutely gut-chilling tension that made the original Amnesia such a Halloween hit. This time the action is transplanted to the depths of the desert as you investigate mysteries, uncover hidden truths, and try to stay sane in the face of terrifying, mind-shattering creatures. Amnesia: Rebirth is everything we wanted from a sequel, and it’s sure to cause your heart to race as you clamber into a closet, hiding from its roster of fear-inducing beasts.

It’s time to go to your job working nights at The Convenience Store. From its beautifully lo-fi visuals to its incredibly unsettling atmosphere, The Convenience Store is a tour-de-force of how to make the ordinary into something scary. And when things start to go awry – and they will – you won’t be prepared for the sheer horror that this game can inflict. It’s short and perfectly paced, so we definitely recommend it for a cold Halloween night.

Outlast is a game that builds upon the found footage genre of cinema and makes it into a chilling, horrifying game. As you explore an asylum through the lens of a camera, you’ll be assaulted by its inmates in a world gone mad. If that isn’t enough for you and you’re someone who isn’t normally scared by games, we recommend checking out its DLC – Whistleblower. You’ll find it extremely eye-opening.

Re:Turn – One Way Trip is that rare thing, a game that’s both filled with scares and a spooky atmosphere, but one that has a story that’s full of heart. When your friends go missing on a camping trip you set off to find them. A haunted train and mysteries involving the past all await you as you explore Re:Turn’s creepy world. With a stunning pixel-art style and a soundscape that fills you with dread, Re:Turn – One Way Trip is a great way to spend Halloween.

The Resident Evil series has brought chills and fear to millions over the decades, but it’s never been better and more terrifying than during the Resident Evil II Remake. Heading into Raccoon City you battle against the zombie apocalypse, and many things much worse. There’s a reason this was one of the best selling and most critically acclaimed games of 2019. It’s a scary, tense, and action-packed game that is worthy inclusion in our list of the top 10 Halloween games for 2020.

Alien: Isolation brings the dread back to the series. After many films and games where aliens became little more than cannon fodder, this terrifying creature stalking you through Sevastopol Station lets you know just why the original Alien film caused so many nightmares. With a perfect atmosphere and attention to detail that can’t be beaten, Alien: Isolation is a near perfect horror game. Just be warned, humanity’s creations may bring more fear and be more dangerous than any alien. Be careful on Sevastopol Station, you are never truly alone.

If you want a series of spooky games that are both bite-sized and with an aesthetic that’s ripped right out of the 90s, then The Haunted PS1 Demo Disc is our Halloween recommendation. This free series of games is filled with shocks, scares, and an almost never-ending roster of imaginative callbacks to the golden age of PlayStation gaming. From Resident Evil-style action horror games to experimental first person shooter-style games, there’s something here that’ll be sure to grab you and give you a spooky Halloween fright. Give them a try, there’s bound to be something for you hidden away in this haunted demo disc.

In GTFO (did you know we recently filmed a cool mini documentary about this game in Sweden? Check it out!) you’re both the hunter and the hunted as you, and a few friends, try to gather artifacts in a vast underground complex that’s been taken over by creatures from your worst nightmares. If you’re looking for a bit of challenge with your scares then GTFO is definitely for you, as you’ll have to work together, plan your moves, and execute them perfectly if you’re going to survive. Horror loves company, so bring a few friends along and take a step into terror together.

In Phasmophobia you and your co-op friends may be hunting evidence of ghosts, but those ghosts definitely don’t like being found. As you explore, monitoring the world for signs of ghostly activity, you’ll rouse haunted ire with the world becoming far more hostile the more you investigate. The spirits are even listening, with full voice integration meaning you can talk to the dead – just be warned, they can talk back.

In space no-one can hear you scream, except the possessed crew-members, malfunctioning AI, and a strange series of ghostly memories that haunt your every move. System Shock 2 builds upon the award-winning original and brings a scifi horror experience that still hasn’t been beaten all these years later. As you explore the Von Braun to discover exactly what has happened after its experimental faster than light journey, you’ll uncover a story that’s rich and deep, and utterly, utterly terrifying.

Those are our recommendations for the top 10 Halloween games for 2020, but what will you be playing? Will you be curled up with a comforting game or pushing the limits of your fear as you plough into one of the spooky games above? Head on over to our community forum and let us know.