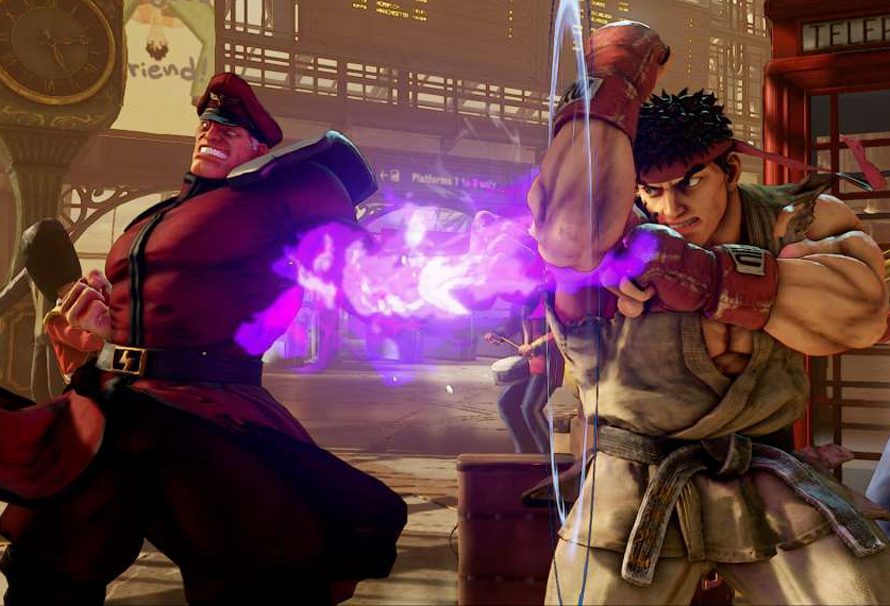 Pro Street Fighter player and Capcom Pro Tour commentator Tyrant_UK has been hailed as one of the strongest M.Bison players throughout Street Fighter IV and V. He has taken some time out of his schedule to give us some Street Fighter V top tips. So if you are brand new to the game or want to brush up on your skills then these tips should get you Psycho Crushing in the right direction!

Okay so here are some tips I would recommend to beginners looking to level up in SFV!

Played Street Fighter before? For most, the answer is yes, but I’m going to assume that most reading this haven’t. The first thing you should do when playing Street Fighter, or any video game is try to understand what everything does! The beauty of fighting games is that compared to MOBA’s or FPS eSports titles for example is that they are extremely easy to understand. Two characters fight till one KO’s the other. Easy right? Well there’s a bit more to it than that… there are the health and stun bars, EX and V-meter, 3 punches, 3 kicks, the timer among other things too. It might seem a lot to take in at first, but the more you play the more you will become aware of everything just like with any game, so stick with it!

Many fans of the classic Street Fighter games (especially Street Fighter II) may have fond memories of mashing one button with Blanka or E.Honda and getting easy wins against their pals. Trying this online or against a wise opponent will get you KO’d faster than you can say Hadoken. Timing is everything in Street Fighter and mashing will leave you open for attacks very often! Learn to place your attacks and try to time your moves so that they hit your opponent without putting your own character at risk.

3. Training mode is your friend

Being able to do what you want, when you want is key. The first step to doing this is to practice your execution, so head on over to training mode and work on moving around the screen, dashes, your special moves and unique attacks as well as V-System and Critical Art attacks. If you have trouble throwing out a specific attack then check the in-game move list for your character of choice and once you feel confident enough, try to pull it off 10 times in a row consistently without messing up, first on the Player 1 (Left) side, then on the Player 2 side. Doing this regularly will help you get it down and before you know it, it’ll be muscle memory and you’ll be using them in real matches!

The unique game mechanic in Street Fighter V is the ‘V System’. This is made up of a few tools to help sway the match in your favor, and getting to grips with them is important if you’re looking to get those W’s. I’ll go over them now:

The V-Skill is a unique tool that is different to every character in the game. It is executed by pressing both medium punch and kick together and is normally related to the V-Meter (the red bar in the bottom right). Some characters even have variations of their unique V-Skill, so your best bet is to experiment and try out a few characters yourself. Using this effectively will build your V-Meter which when full leads us to…

V-Trigger! This is a powerful mechanic which, like the V-Skill, is unique to every character and is mainly used to turn the tides of battle. This is executed by pressing both heavy punch and kick together once your V-Meter is full. Once your V-Trigger is activated, it will start to deplete your V-Meter back down to zero. Doing different actions can drain this faster depending on your character choice, and some characters have more devastating V-Triggers than others. Necalli for example has a V-Trigger that will NOT deplete and last him until the end of the round!!!
The V-Reversal is a similar tool to Alpha Counters for the Street Fighter veterans out there. This is executed by pressing forward on the directional controller while you are blocking and pressing either all 3 punches or kicks depending on your character. Using this will cost you 1 bar of your V-Meter so use it wisely! The power of your V-Trigger and whether your character has a 2 or 3 bar V-Meter will factor into your decision using this move, and it can also be thrown so be careful when using it.

We all play video games for fun, so competitive or not, try to remember why you’re playing. One of the best parts of the FGC (Fighting Game Community) is that we are so open and welcoming to anyone willing to learn. There are plenty of offline events happening regularly not only for SFV but for tons of fighting games, so try to check out your local scene if you have one as learning offline is way faster than learning only playing online.
There are plenty of great community sites to keep you up to date with all the news and players such as eventhubs.com, shoryuken.com and be sure to head over to http://live.capcomprotour.com/ to keep up to date with the Capcom Pro Tour circuit.

Best of luck and Rise Up!

You can follow Tyrant on Twitter, and also make sure to check out his Twitch channel to see him in action!