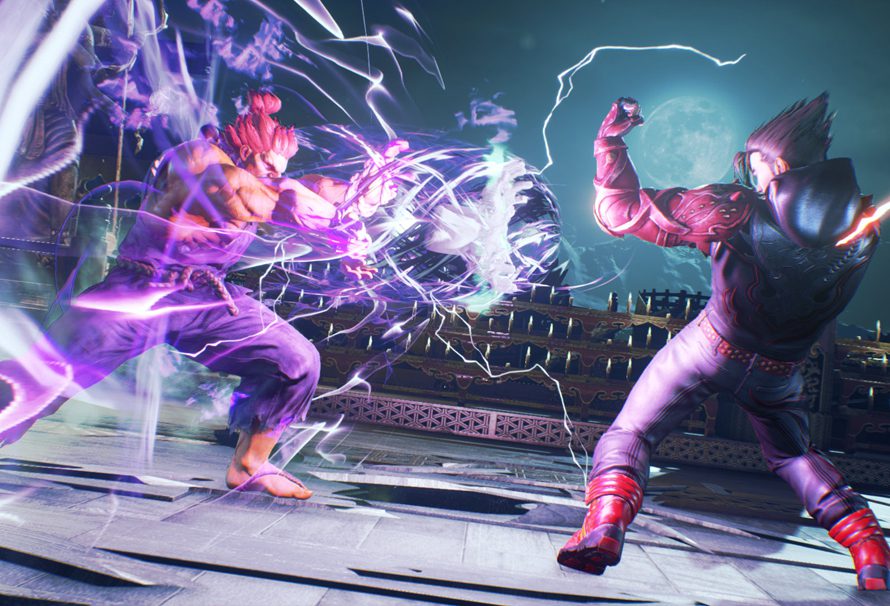 With Tekken 7 coming out on the 2nd of June I thought I would list some of my top Tekken characters that have made the Tekken 7 cut. Do you agree?

Let’s just get one thing out of the way first, my first Tekken game was Tekken 4. Now I know to most hardcore Tekken fans this is basically a cardinal sin so I thought I would just get that out in the air. When I first played I took a shine to Hwoarang and his style of Taekwondo, true it could be the fact that I was pretty new to fighting games and really liked mashing the kick buttons but as time went on I really got used to playing as him and still use him as one of my main characters to this day.

Also who doesn’t like a guy who wears aviator goggles? Or in Tekken’s case an eyepatch, for some reason.

Put simply, Bryan is fun to play. He’s a psychotic powerhouse whose discipline revolves around kickboxing. You could say Bryan is just a misunderstood war vet, and for the most part you’d be right. Thing is he was killed in a shoot out, then brought back to life Frankenstein’s monster style by a mad scientist. So it is no wonder that he is a bit of a loose cannon, which i just thinks adds to his personality. I also approve of his blood curdling evil laugh.

Time for another shameful confession. I tend to use Yoshimitsu more in Soul Caliber than Tekken, but I believe that his inclusion in Tekken series is valid and I am glad he has made it into the Tekken 7 roster. Leader of the honourable Manji Clan, Yoshimitsu has a mechanical prosthetic arm, is an expert swordsman and is a practitioner of ninjutsu, so it is pretty had to not fall in love with the character on those three things alone. Also his sword is cursed so he must kill evil doers or it will lose power, so that’s pretty cool.

Also he looks more like an alien in Tekken 7, taking inspiration from Alien Covenant perhaps?

Xiaoyu has always been a fan favourite and made her way onto the Tekken scene in Tekken 3. She is one of the fastest characters on the roster to date and specialises in various Chinese martial arts including Baguazhang and Piguaquan. She has a graceful style and which is both a joy to look at and very satisfying to use once you have mastered it. It’s also useful to know that Heihachi  trained Xiaoyu’s pet giant panda (aptly names Panda) to fight and serve as Xiaoyu’s bodyguard. Who doesn’t want a giant panda as a bodyguard?

Back in the days of Tekken 1 and 2 King was a ruthless street brawling orphan whose main focus was fighting and to win the King of iron fist tournament in order to use the prise money for the orphanage where he grew up. He also wears a jaguar mask and is a pretty bad ass wrestler. Sadly King was killed by Ogre, the god of fighting, after Tekken 2. King II took up his mantle and is still fighting in the series today, he was brought up in the same orphanage as the first King and was trained by King 1’s rival Armour King (yes there are a lot of dudes named King who wear cat themed masks, it’s pretty cool though)

For those of you who are wondering where Tekken X Street Fighter is (The Bandai Namco answer to Street Fighter X Tekken) then fear not as we don’t know either! It seems as though in order to tide us over in Tekken 7 players will have the opportunity to play as the Street Fighter bad ass Akuma. Father of Ryu, and overall spokesperson of the Dark Hadou, Akuma is a force to be reckoned with, there is a reason they call this guy Devil/Demon.

So there you have it, these are the top characters I am looking forward to in Tekken 7. Are you excited to play any of these or is there anyone else I haven’t mentioned? Let us know in the comments below.

Tekken 7 Adds Negan From The Walking Dead To Its Roster