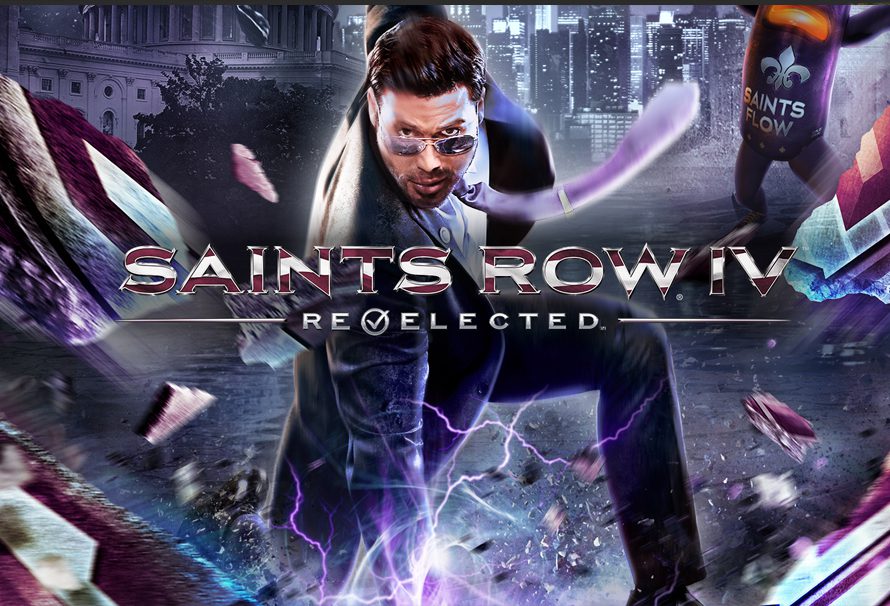 Tales of Mystics and Madmen: Entourage or TMM: Entourage for short is a top down shooter with a couple of RTS mechanics mixed in. You pick one of three sides and fight either the other two in various competitive or just one side in cooperative game modes. Each player character is joined by three bodyguards which may be controlled by your friends at the push of a button on a gamepad. The game offers various objective-based game modes which vary in length and style, with most of them sharing the same principles.

There are two layers of control: You control a single unit directly. You raise defenses by constructing turrets in the field and buff allies for a short time to gain an advantage over the enemy. On top of that you may change the current production order and target focus of your troops. These troops are automatically produced and deployed in your main base. If no specific orders have been given or whenever you yield control, an AI takes care of your troop management.

Although this game can be played by yourself, it is more fun to engage in conflict with your friends locally and with others around the globe.

Three sides fight for supremacy. They are called Primitivists, Progressionists and Royalist. The Prims are deeply connected with nature and draw influences from various African and Asian cultures. Progs have aristocratic origins and happen to be techno-lovers (literally), they tend to invent the next big thing before anyone else gains knowledge of their last big thing. The Royals foster nobility and pride and like to duel each other if not fighting off some bigger threat.

Galaxy Annihilation is a shoot’em up where we need to protect the planet earth from an impending alien attack.

After saving the world from a terrorist attack the leader of the 3rd Street Saints is elected to become President of the United States. Things go reasonably well until an alien warlord named Zinyak attacks the white house and abducts his entire cabinet. Now stuck inside a reality bending simulation, the President and the Saints fight to save themselves, Earth, and the entire galaxy… if that all sounds crazy to you, trust us: we’re just getting started.

Extend your gaming experience of Blood Bowl®2 with the Blood Bowl®2: Race Pack adding 8 playable races to your game. This bundle contains the following DLCs:

Chaos Dwarfs
The Chaos Dwarfs teams come with their Hobgoblins, Minotaur and Chaos Dwarf Blockers and are defence-oriented, benefiting from the great velocity of their Bull Centaur retrievers and from a very powerful front line that can endure (and apply) a lot of pressure.

Khemri
Over 8,000 years ago, the Khemri played the first ever games of Blood Bowl against the Slann with their Tomb Guardians, Blitz-Ras, Thro-Ras and Skeletons. It was inevitable that these ancient players would return. Not only do they possess the Regeneration skill but some players also benefit from Block and Pass.

Nurgle
The teams of Nurgle come with their Rotters, Pestigors, Nurgle Warriors and Beasts. As with most Chaos teams, the Nurgle team is at its best when it can get stuck in and directly take on opposing players.

Undead
The Undead race comes with Mummies, Ghouls, Skeletons, Zombies and Wights players but also their own star players: Ramtut III and Count Luthor Von Drakenborg! Thanks to their Block skills and their good agility, the Wights are central players for the Undead teams.

Norse
The Norse race comes with its own official players: Lineman, Berserker, Runner, Thrower, Ulfwerener, Yhetee. This rolling roadblock may not be the fastest team on the pitch, but with most players benefiting from Block it’s certainly one of the toughest.

Lizardmen
The Lizardmen race comes with its own unique AI and players (skinks, Saurus and Kroxigor) but also their own star players: Slibli and Hemlock! Skinks are very fast and nimble. Bringing the ball to the goal line is not a problem for them. While very mobile, Saurus are also amazingly powerful.

Wood Elves
The Wood Elves come with their Passers, Wardancers, Catchers, linemen, Treeman but also their own star players: Dolfar Longstride and Jordell Freshbreeze! Elves are amazingly agile and almost as fast as Skaven.

Tower across the universe!

Take on the role of Sarah, a single mother and aspiring architect who is commissioned by the enigmatic Boss to build a sprawling tower that stretches beyond terrestrial boundaries.
But as Sarah builds taller and taller, she draws the ire of Craig, the unassuming Canadian who sets out stop her!

The Rosebud Condominium is a new flavor of hidden object games, featuring procedurally-generated levels so that every playthrough is a unique experience, and a quick arcade pace that keeps the player engaged for hours.
Beat your high score, build across the galaxy, and unlock the secrets of the Boss!