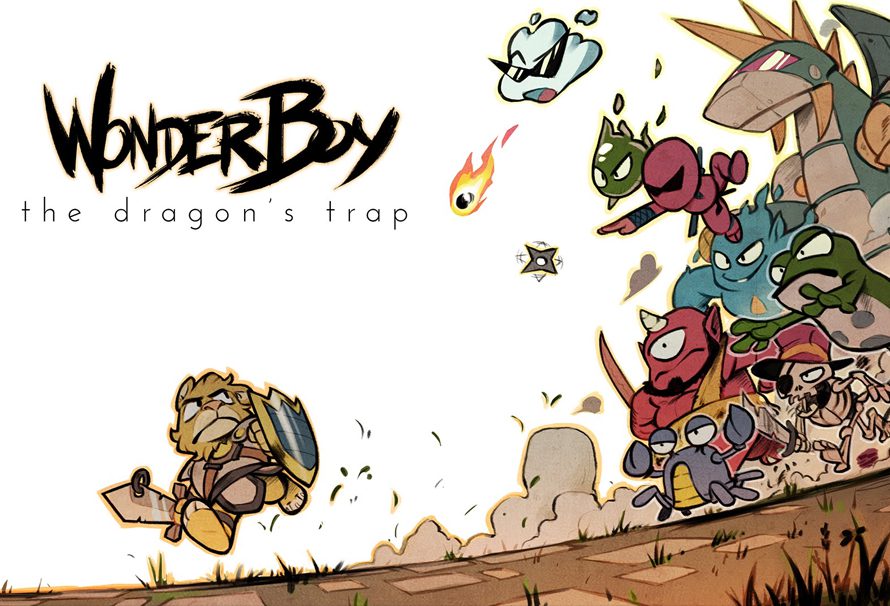 GMG: What was the biggest challenge for you in bringing a classic 80’s SEGA Master System game to the current generation?

Omar: It was a challenge because we tried to build a bridge across 30 years of gaming. We wanted to be faithful and respectful of the original, so we spent lots of time understanding its behaviour through reverse engineering: understanding the physics, how the collisions behaved, how item drops were precisely calculated. Because the original game carried lots of little mystery we want to preserve all those in the 2017 version, and not have them be lost in translation.

Ben: For me, trying to find an art style that resonates with today’s players and in the same time not disappoint fans of the original what very challenging.

GMG: What inspired you to use a hand drawn graphic art style for the game?

Ben: I think it just came naturally as I started to draw. I come from a fine arts and traditional animation background and this is something I wanted to see. I always loved hand drawn animation in video games, ever since the Dave Perry’s genesis era. I think hand drawn graphics captured what I saw as a boy in front of my TV, I wanted to convey what the original developers might have had in mind at the time if they didn’t have the technical limitations.

GMG: Is Wonder Boy The Dragon’s Trap a direct remake of the original game or have you added anything new?

Omar: The aim of the project was to make a game that felt very close to scope and feeling of the original, so that player would be transported to an idealized version of what it felt to play in the 80’s. So aside from the obvious graphics and audio overhaul, we made other improvements, like adding Easy/Hard modes, new secret areas, item descriptions, the character of Wonder Girl. We also improved and smoothed the physics, tuned mouse-man controls, lots of small tweaks. But overall it’s super close to the original. We like to call it a “Remasters Cut”.

GMG: What advice would you give to any developer thinking about remaking a classic 8-bit game?

Omar: We built this one out of a profound love and obsession for the original, so I think that was the driving force behind the project. It was a dream for us and we knew this game had a big fan base so it would be touching the hearts of kids like us who were raised with a Sega. And also those who weren’t! But I would say that one would have to pick the game very carefully, because not all 8-bit classics aged as gracefully as The Dragon’s Trap :). We also made sure to get in contact with the original developers and get their feedback on it! And it was as important for us to please the fans as to reach new players, so we had the game tested by both prior to release.

Ben: Be careful about the shoes you’ll be trying to walk in. Some games can be reinterpreted entirely but some don’t have a lot of margin and you could easily disappoint players . We had the chance to have a game ( and a license) left untouched for 25 years which allowed me to input my vision graphically speaking. If you were to remake Mario for example, you’d have to face the evolution of all the graphic iterations throughout the years.

GMG: Do you plan to make anymore Wonder Boy games in the future?

Omar: It’s too early for us to tell. Right now the immediate step for me is to take a little break 🙂 our hearts are swaying between making a new game or following on the footsteps of Dragon’s Trap…

Ben: We have to figure what the future might hold for us and it would be wonderful to have another go at Wonder Boy… but it’s not an immediate plan for now.

Wonder Boy: The Dragon’s Trap is available from the Green Man Gaming store.