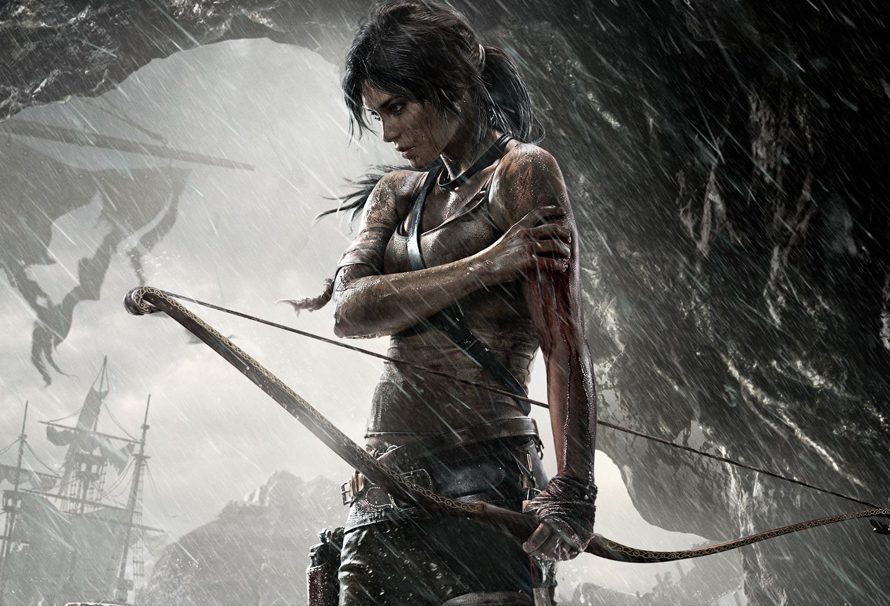 Tomb Raider has a rich history of being a freaking amazing game. So when the reboot of the series was created, exploring a young Lara Croft in her pre-tomb days, it had a lot to live up to for a lot of gamers out there and it really really does. But, how about if you’re new to the series and playing Tomb Raider on you PS1 wasn’t a childhood memory, then it’s still the perfect place to jump in, right from the beginning.

Who doesn’t love a third person adventure game? It combines action, intrigue, adventure, shooting, puzzles and story. It’s a wonderful neat little package and for anyone who enjoyed games such as Uncharted and The Last of Us or third person games in general will love what this game has to offer. It has crafting mechanics and character development in the form of upgrades which you can select depending on how you like to play. Want to get better at hunting? Or are you a survivalist? Maybe you’re a brawler? Well you can adapt and the gameplay has enough choice between sneaky kills and in your face shoot outs to make it varied.

REASON TWO – The Island is a great place to be

Well it not, because there’s a lot of mystical jiggery pokery going on and there’s a lot of empty dried up skulls and bones to crunch over. It’s set in Japan, on a fictional island in the Dragon’s Triangle called Yamatai. It’s a broody, desolate, cold destination for Lara and it gave me chills. I loved it. It takes a slight tangent to normal Tomb Raider games, which normally span several locations, however the island reflects Lara’s young, naive character well and it’s a joy to explore the horrors and beauty of the island as her.

She’s completely stripped back in this game to just pure ‘I need to survive this crazy place’. She’s undeniably realistic and she feels awkward and clumsy in her movements, the way she pick up guns and shoots deer to get some grub. She’s a real mess by the time her ship crashes at the beginning and she lands on the island and it’s not all, ‘oh but I’m Lara Croft, tomb raider’ it’s more ‘what the hell am I doing’ and it’s fun to explore Lara pre-badass.

REASON FOUR – The bow and arrow is a wonderful mechanic

Before the Horizon Zero Dawn days, Lara was the only character shooting baddies in the back with a crossbow. It’s easy to discard a crossbow in games because of accuracy, attack damage, lack of supplies etc, but Tomb Raider forces you to love the bow, to be the bow. You need to use it to scavenge and you can use tree bark to craft more bows and fire them at enemies and speaking of fire, you can create fire bows and these are so much fun. You need a bow to climb walls and access areas and get to new places. You’d be nothing without the bow.

REASON FIVE – The story is actually satisfying, and it slips into a horror game for a bit

When I say horror, I don’t mean The Evil Within, Resident Evil or Amnesia, it’s not like that. It just has moments which are jumpy and slightly horrifying. There’s some gore and the parts when you’re taken into the moments and you’re slipping over human bones and staring into the the smokey storms and the magical events that unleash fully at the end.

The story is a lot of fun and the savage men who live in the mountains, who you are avoiding most the game, make for a great enemy.

What do you think? Will you get it?

Square Enix lifts lid off Shadow of the Tomb Raider