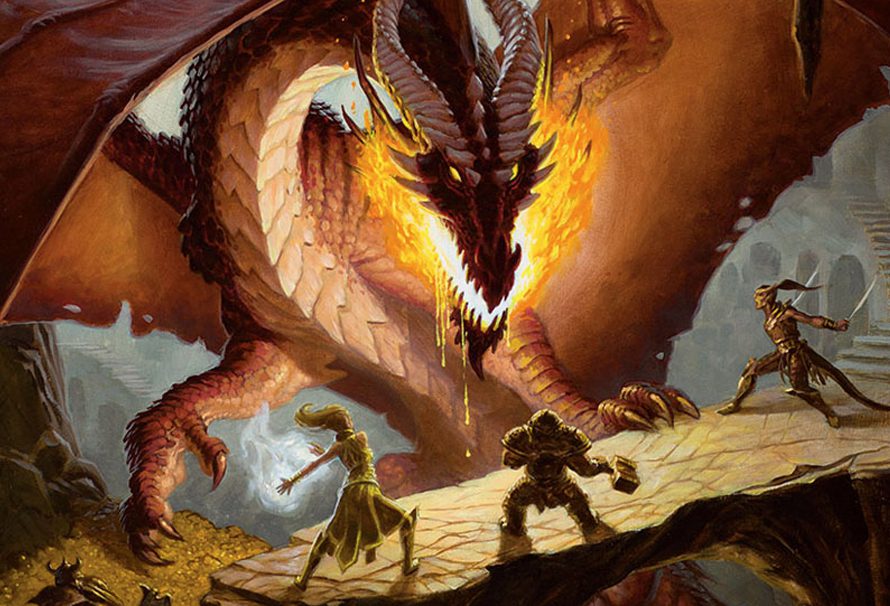 As the resident DM of our team here at Green Man Gaming, I’m here to give some tips for a great roleplay campaign. If, like me, you were nominated to wear the cowl of Dungeon Master either because no-one else wanted to do it, or you were the one instigating the whole affair, then please do go ahead and read my tips. They’ll save you a headache or two down the line, guaranteed.

And if you’re just a player then, well, check out all this crazy stuff your DM is doing for you. Then offer to DM because they want to be a player for once. 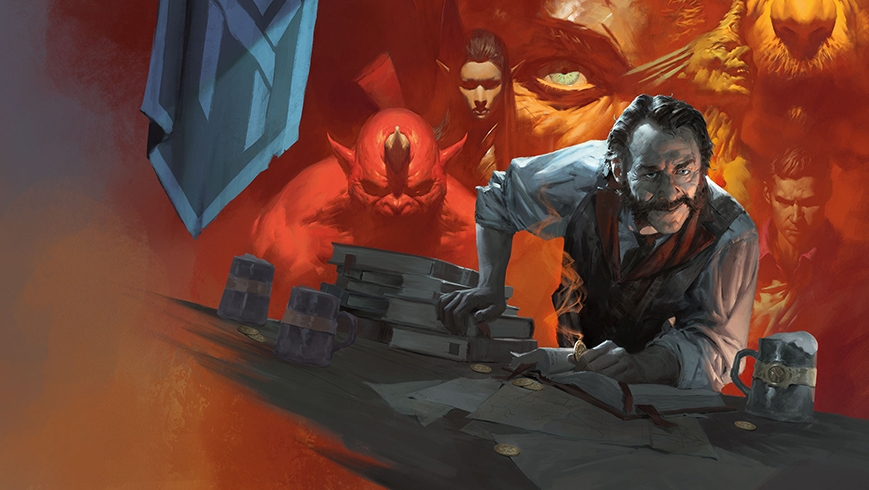 You are not writing a story. You are not a writer, a novelist, you’re not even writing a mildly amusing forum post. You are there to collaboratively tell an awesome story with your players, and your job is to make sure it all makes sense and ties together as it goes. Do not write a story and expect players to run through it as you imagined. Create a world, and tell the players how the world acts, and reacts.

Not a Rollercoaster, But a Theme Park

The world you create should be a theme park. You don’t need to fill out or learn every detail about an entire continent, country or even town. The place you’ve created, at least to start, is an area with several parts to it that are of interest to the players. Know those parts. It’s fairly easy to predict where they’ll go: tavern, blacksmith, and wherever your quest givers point them. Know these places, but do not build a thread through them that must be followed. Let the players wander and discover these places naturally. You have an open park with attractions, not a linear path through them.

Before you start spamming your friends with Google Calendar invites to roleplay sessions after work, it might be a good idea to invite them to a ‘Session 0’. That’s right, it comes before 1. Clever, isn’t it? Technically 0 isn’t a number, and so indeed Session 0 isn’t technically a session either. This is for all the stuff you need the players to do before starting. Kind of important stuff like making characters.

They could do this alone but if you’re there, as a beacon of enthusiasm, you can supplement their character sheet crafting with excited chatter about why that class is so good, and the fact that you once made a character that was that class and their backstory was really cool and see it’s on your blog and everything and maybe one day Severonius the Ranger will get to be in a game one day maybe please DM for me….

The Session 0 is the time when you lay out how the game will be too, and to learn what the players are expecting. If they want a traditional dungeon-crawling, monster-slaying, loot-looting game, then either you change their minds or you better throw away that sci-fi courtly drama you were planning. 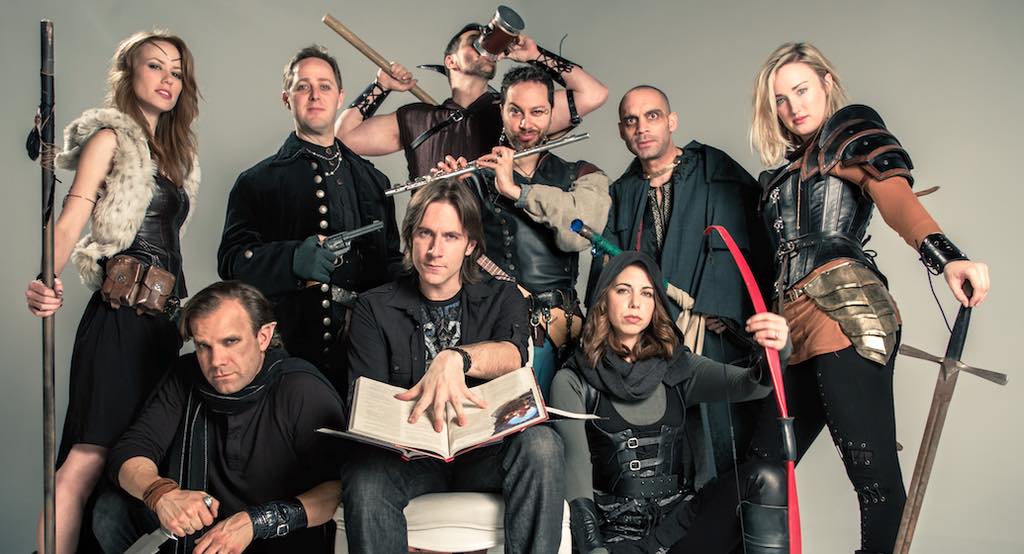 You’ve started playing, everyone has their characters, and it’s going great. Then someone asks “what’s the barman’s name?”.
“Sorry?” you respond.
“The barman I’m talking to, what’s his name? Where does he come from? What’s his innermost desire and can I use Sense Evil on him because I don’t like the way he rolls his ‘R’s.”

Hm, you didn’t plan for this. This is where a bit of improvising will come in on your part, and it’s something that you’ll get better at with practice. And your players are people too, they know that you don’t know this stuff and you have to make it up. That’s your license to make it as silly as you want:

“His name is Perkins, he comes from Walton-on-the-Nayes, he longs to be an impressionist painter and yes you can use Sense Evil but then you can’t again until you rest.”

Or, you can simply tell your player to ask the character themselves. Bring them into the realm of improvisation with you and you can both be as uncomfortable as each other, but that’s the whole fun of it. As a DM you will play so many characters that you’re progression as an improviser will develop way faster than your players, so get on it.

As stated earlier, the story you wrote (don’t write a story) will be changed and railed against. There is nothing worse, NOTHING, for a player, then hitting up against the invisible wall of your world. There is a rule in improvisation comedy where you must always say “Yes, and” or Yes, but”. You never say ‘No’. Apart from when a player asks if they can slaughter the whole party in their sleep (you can mention you’re against this in Session 0).

Just be prepared to shift things around in your head, change your story on the fly and even adopt your player’s ideas. If they come up with an intriguing conspiracy theory about who the real bad guy is, then if it’s better than just the cackling necromancer in the corner, then nick it. Steal it. Write it into the world and the players who guessed it will be thrilled at their own brilliance. Remember it’s not you vs them, you’re all trying to craft an awesome story together. But you’ll get the credit.

One of the key jobs of a DM is to keep the pace of the game. If the game slows down or comes to a halt, that’s when people start to get bored. There is no tv screen, board or book to keep the player’s attention, and so it’s your job to make sure this imagination game keeps momentum. Sometimes players will squabble, or not be able to decide, or spend way too long doing something inane, or one player is hogging the limelight.

You alone have the power to override everyone at the table, so sometimes you will have to intervene. You may need to be tough, so when players start looking fed up, bang your fist on the table and shout “SO YOU GO TO THE TEA PARTY. You go through the entrance, everything is lovely. Player A, what are you doing now you’ve arrived?” You’ve pushed everyone along and now there’s all this new stuff to deal with, leaving all the tangled mess behind. 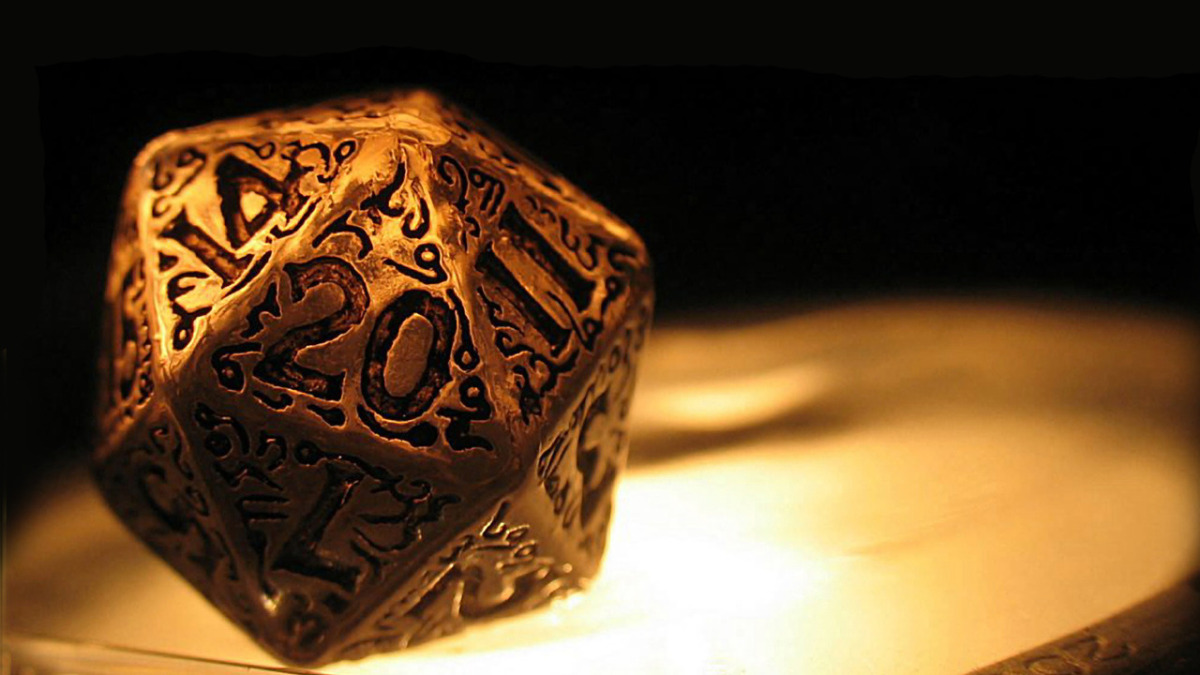 Yeah, you want feedback. Don’t sit back, breathe out a huge sigh of relief that you made it and think everyone seems happy. You may even get one or two compliments from your players, but don’t let that go to your head (forget your ego). Ask them specific questions. Tie it back into your Session 0. Which part was the most fun? Do they want to try something out next time? Are there any rules to clarify? Any story element that someone was uncomfortable with?

You know us nerdy types, most of us don’t want to criticise and be mean. But ask for it, say it’s to make you get better and therefore make the game better. Corner that quiet one and ask them directly “DID YOU FIND THE PUZZLE IN THE TOMB FUN OR NOT REALLY?”.

That’s it for my tips to start a great roleplay campaign. And I didn’t even touch the rules or the ‘social contract’ (maybe I need to write a part 2). Even if you keep half of these in mind you’ll be better than I was when I first started. So get out there and see who’s interested in joining in. Damn that’s something else to cover, actually getting players. Oh well. You can do it. Good luck.

7 Tips For Being A Great Roleplayer