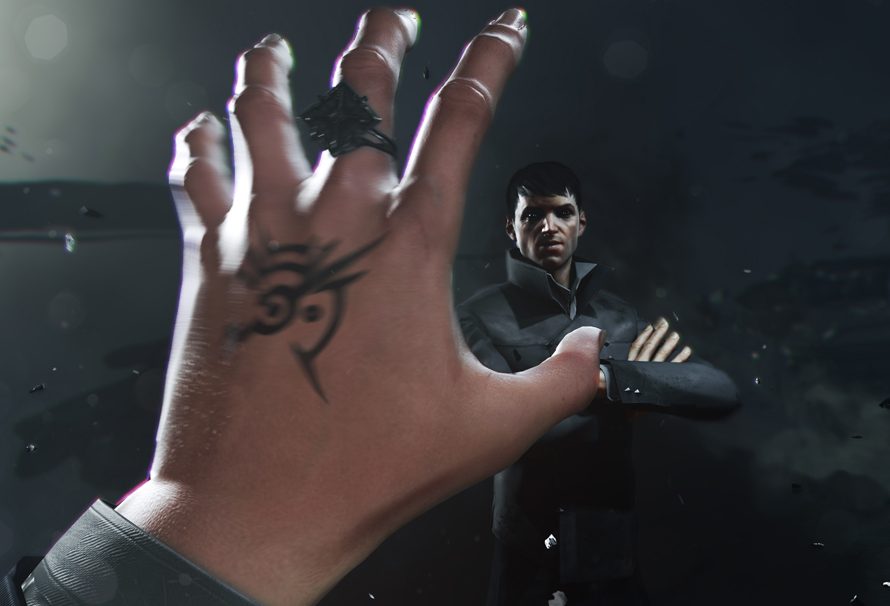 Dishonored 2 separates itself from other assassin-based games by having an extraordinary array of cool powers, given to the protagonists by extra-dimensional entity ‘The Outsider’. The bottom line of all this is Dishonored 2’s levels are an open playground, where different uses and combinations of powers lead to awesome (and sometimes hilarious) outcomes. We’re going to tell you the best powers based on whether you want to play a ‘Low Chaos’ playthrough or ‘High Chaos’. This means stealth or all-out bloodbath, respectively.

Corvo’s signature move, this allows you to teleport over short distances. Considering Dishonored 2’s sprawling cityscapes and buildings, travelling across gaps and higher than you can jump is essential. So essential that there is an achievement for finishing the game with no powers bar this one. Arkane Studios wouldn’t be that cruel. This can be used to speedily get next to someone to take them out, and hastily sneak their body away after.

If you’re an elderly jedi, and enjoy using your powers to trick people into ignoring you (and any droids you may be accompanying), then you’ll love this ability of Emily’s. Mesmerize does exactly that, but can be used on up to four guards or hounds at a time. Beware though as other guards may get cautious when seeing their colleagues bizarre behaviour. This at least puts the quality of the guards of Karnaca ahead of Stormtroopers.

Emily’s answer to Corvo’s possession, except this is much cooler and allows her to take out a trio of guards too. Emily becomes a shadow that crawls along the floor, not completely undetectable, but significantly harder to see. This power allows her to travel through grates, like Corvo’s rat possession, but instead of a rat, you’re a clawing black shadow creature. Its just really cool, okay?

Why teleport to enemies, when you can bring the enemies to you? This is no doubt the question the Outsider asked himself when devising this power for Emily. She can summon a black shadowy hand (The Outsider likes his black shadows) that can drag her to a location. It can also drag enemies towards Emily through the air. Sufficiently upgraded, this allows for some mid-air shish kebabing, which is very noticeable but very fun.

Using this power you can connect enemies together, so that whatever affects one, will affect all of them. So if you put one to sleep with a sleep dart, knock them out or decapitate them, up to three connected characters will share the outcome. Now hiding four bodies at once is a bit tough, so we don’t recommend doing this unless there are exactly four enemies, but if you’re going all out on an opposing force of guards, taking out four in one swing is incredibly useful.

It may not be new, or dark, or shadowy, but summoning a swarm of flesh-eating rats to devour your opponent is just too darn good to not feature here. On the list of “ways to dishonorably win a duel”, this is pretty close to the top. In fact, we have it on good authority that this is how the game series got its name. It was going to be a victorian dueling simulator where one of the characters called Corvo could summon rat swarms. Arkane Studios realised this was way too overpowered, and such a great concept, they scrapped everything else and made the rat-based game from the ground up.

That’s our list, did we miss your favourite? Let us know!

Dishonored 2 is part of our Easter Sale, which you can find here