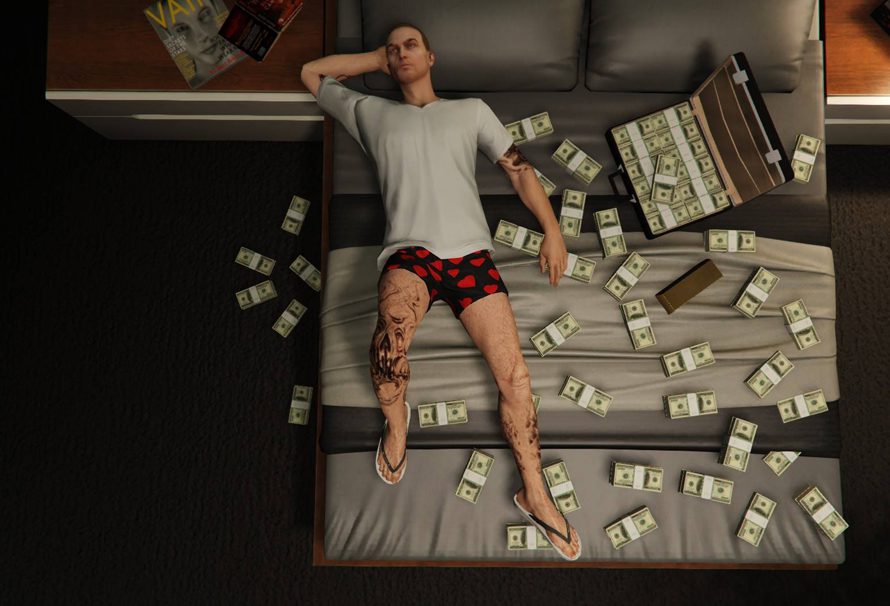 What have you always wanted? A house, yacht, badass weapon? The GTA Online Shark Cards are here to save the day, with instant in-game money, so you don’t have to spend hours saving up for that one thing you’ve had your eye on for a while now.

We can’t advise how you spend your money, but we can make some pretty epic suggestions, including some of our personal favourites.

Being a CEO in GTA Online has never been more important, you’ve risen above the days of being a petty thief or rogue criminal, you’ve now got a good rep. Of course, all of it wouldn’t be possible without some monies and a large office, where you can leave your gang days behind and boss people around. There’s a lot of perks that come with being CEO, including VIP benefits, power and fortune. When you start out your journey to greatness, there are four offices you’ll be able to purchase including the Maze Bank Tower for $4 million, the Lombank West for $3.1 million, Arcadius Business Center for $2.25 million and the Maze Bank West for 1 million… choose wisely.

Just the $7 million for me please. The Pieces Yacht will set you back, but it’s not the most expensive model out there. As well as being cool to own, the Pisces Yacht will unlock Piracy Prevention, a great VIP benefit which will help you out in combat as well as earning you the monies!

Cars are tough to recommend as it does depend on your GTA style of play and if you’re going to purchase a Shark Card, it’s more than likely you have a car in mind, but we can talk favourites. The Dubsta 6×6 was included in the recent Cunning Stunts update as part of the new ‘buy-it-now’ feature, which means it will not have a rank requirement in order to unlock it. It’s also not the fastest or prettiest car, but we’re not sure that matters with its great versatility as an off road vehicle, for when things get a little ropey. If you want flash and fast then opt for the Nero, a fun car to upgrade and customise in at above $1 million.

If you’re going on the defence, then the attack helicopter is just that, savage. It will tear apart your enemies in missions and doubles up as protection when you’re sitting in your swanky high rise offices, ruling the world. In at over 2 million, the helicopter is a great investment and will come in very handy during missions.

Surprisingly affordable, this is our favourite all-rounder weapon and a particular go to for us when things get a bit sticky. It’s just a pretty standard assault rifle, but it feels right and we think everyone should own one of these bad boys, it’s accurate and versatile and although it doesn’t look ‘fancy’, you’ve already got the super yacht to fire it from.

That’s the five top purchases from us, what are you planning on getting with your Shark Card for GTA Online?

What's In The GTAV Gunnrunning Update

GTAV: 8 Reasons Why You Should Visit Sunny Los Santos