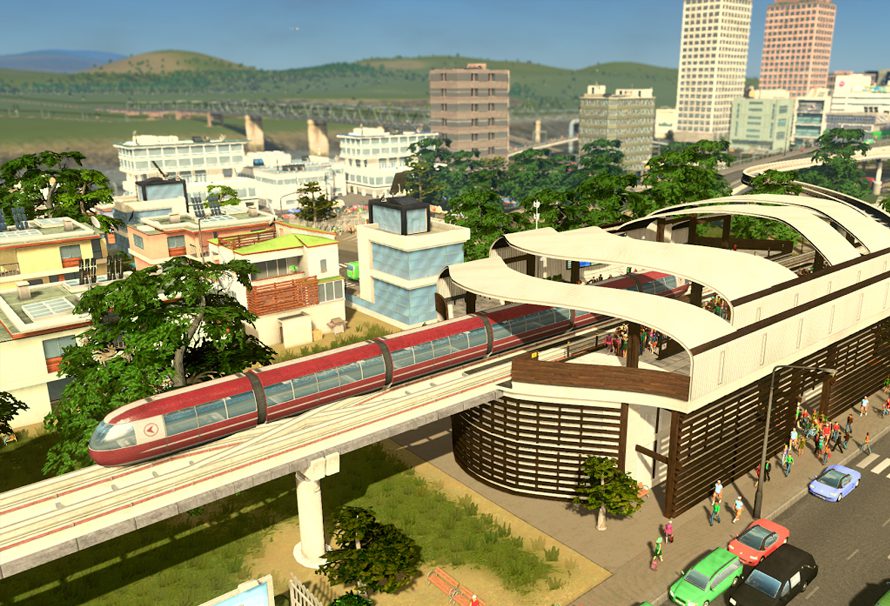 As any Cities: Skylines mayor knows, there are many challenges to building a successful city. Forget about trash and death waves however, the number one obstacle to creating your idyllic urban paradise is choked streets, clogged intersections and stationary roundabouts.

There have been numerous mods dedicated to alleviating your traffic woes by giving you better control over your road network, not least of all Traffic++ and Traffic Manager’s President Edition  which became pretty much indispensable for any aspiring metropolitan commander in chief.

Your traffic options have previously been expanded with the addition of taxis and bus terminals in the After Dark expansion and trams in the Snowfall expansion, but they both pale by comparison to the brand new Mass Transit pack for the game.

For the first time, mayors will be able to speed their citizens around town using blimps and cable cars providing access to those hard-to-reach suburbs and making mountainous regions a little more accessible in the process. There are bigger changes afoot here however, and you need look no further than the emphasis on hub-based terminals to get an appreciation for how your city planning will be revolutionised.

Linked bus, metro, train, ferry and monorail services mean that you can now link all your routes without ever having to deposit cars and pedestrians onto your congested streets. Those streets are also being enhanced with numerous new options ranging from dual line highways, to asymmetrical street layouts that will help direct traffic away from the worst of your red-rated traffic snarl-ups.

Functionality that was previously the dominion of the precision engineering mod has been added to the game officially making it far easier to perfectly layout geometric road systems that align perfectly. Struggled with making the perfect curve in your highway in the past? Those days are over.

If you’ve not tried Cities: Skylines before, what are you waiting for? It has already demonstrated itself as a worthy successor to Sim City 4 with its Rush Hour expansion. With the Mass Transit expansion, Cities: Skylines is going from strength to strength.