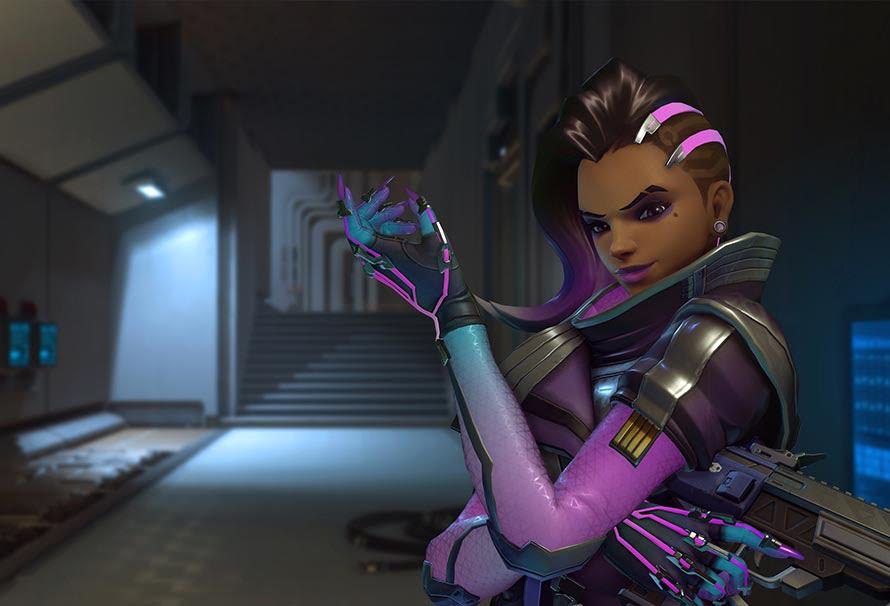 Blizzard’s next addition to the growing Overwatch roster is the infamous hacker known as Sombra, who has self admittedly been driving the player base crazy for the past months after release. With seemingly endless ARG puzzles (that’s augmented reality game’s for the lamen, you and me!) from the infamous tracer code to the cracked emails. The most nefarious member of Talon yet, her hack majesty Sombra of the los Muertos Gang.

Her Abilities are detailed below:

Her Passive ability, Opportunistic. This being one ability activated automatically during game. This allows her to see all character’s Under 50% health within a radius regardless of wall’s and obstacles in the way. Low health characters are given a glow through said walls, allowing a brief burst of her machine pistol to end their current play.

Her Basic Attack uses a Machine Pistol, think of this as a lower powered, closer ranged bigger clipped tracer pistol. It requires on average 40 bullet’s from the clip to kill a target. As stated you do require a small to mid range between you and the target, think tracer’s pistol with reaper’s reticle.

Her Basic right click is a Hack. This stops all abilities being cast, disables shields and can be used to assume control over health packs. The healthpack hack recharges the packs at 70% increased speed and allowing only your team to use them.

Her Thermoptic camouflage is her next ability. What this does is create a mid range sprint coupled with complete invisibility, think soldier 76’s sprint mechanic on a 6 second cooldown that turns the user into a spy from Team fortress 2. Unless passing past enemies very closely or taking fire. Using abilities also takes this away.

Her Translocator is next. This device operates on the same principle as those found in classic shooter unreal tournament, allowing you to throw a grenade like device that you can teleport to during flight or within 13 seconds of throwing.

Finally her EMP. Sombra discharges electromagnetic energy in a wide radius, destroying enemy barriers and shields and hacking all opponents caught in the blast. Turning all those reliant on abilities such as zarya, reinhardt, symmetra into basically mush to be pummelled.

That being said whilst a new character such as Sombra has thrown the metagame of Overwatch into a tizz, the community has been put through it’s paces with an arduous 6 month ARG that felt both massively overwhelming, rewarding and infuriating. Puzzles were solved, timers given, upon completion clue’s were leaked that further deepen the rabbit hole that game detectives were diving into. Each twist and turn was clever, well laid out but at the same time infuriating that there was no Sombra leaks until the final stages.

There are some great uses for the character already, however with more hands on time being announced on the PTR we are now seeing the intricacies of the character being born.

She can be associated to a number of abilities already in the game, but operating distinctly differently. This goes to show that Blizzard are encouraging inventive idea’s rather than flat different ones, with this thought in mind it will allow progression from this first year into the next 25 years of the franchise and more if blizzards show floor is anything to go by.

Leak suggests Blizzard is poised to unveil Overwatch 2 at BlizzCon