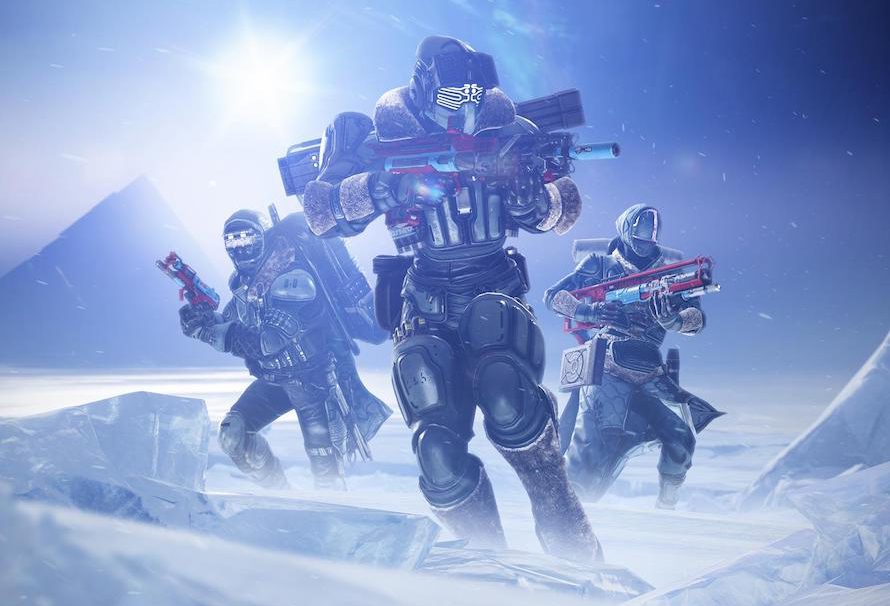 With the release of Destiny 2: Beyond Light, a whole new range of subclasses have now been made available. Powered by the new Darkness power of Stasis, there are now three new subclasses for Destiny 2 new-comers and veterans to get to grips with. Naturally, because we’re nice and all that, we’re going to go through each of them in turn.

Kicking things off rather strongly, the Warlock Shadebinder’s Super is the appropriately named Winter’s Wrath which permits the Warlock to conjure a gargantuan ice staff into existence. More than just cosmetically impressive, this staff boasts two modes of operation. A primary firing mode shoots off a huge Stasis bolt that freezes any enemies that come into contact with it into place, while a secondary mode triggers a Shatter Shockwave that immediately destroys any frozen aggressors in the vicinity.

Rounding things off nicely is the Penumbral Blast ability that the Warlock Shadebinder possesses. A neat melee override ability, Penumbral Blast allows the Warlock to fire out a single Stasis bolt that freezes enemies. The kicker? You don’t even need to have the Super active to use this ability. Happy days indeed.

The Stasis version of, you guessed it, the Titan class, Beyond Light’s Titan Behemoth subclass is quite the tank to be feared in this latest expansion. The Titan Behemoth’s Glacial Quake Super ability is all about cementing that fearful reputation, once activated, it triggers a Stasis wave to solidify around the Titan, resulting in increased resistance to all forms of damage.

More than just used for tanking duties, Glacial Quake also helps with traversal as it enables the Titan to jump farther, faster and higher than before, which proves extremely handy for the next ability – Ground Control. The sort of attack one might expect from Incredible Hulk, Ground Control is an AoE attack – the Titan punches into the ground triggering a wave of Stasis crystals to ripple out, freezing all foes into place who are unlucky enough to be caught in the blast.

When it comes to the melee side of things, the Titan Behemoth has this base covered with the Shiver Strike ability that has two very handy uses. Principally, Shiver Strike enables the Titan to rush towards their foe and launch them into the air with a swift attack. However, a neat side effect of Shiver Strike is that any adversaries that are lurking nearby at the point of impact will find themselves slowed too. Bargain!

With the Hunter Revenant subclass, it’s all about the Silence & Squall Super ability. Once engaged, Silence & Squall summon a pair of Kama blades into existence which, like the Warlock Shadebinder’s Super skill, also boasts two modes of operation.

Players can elect to use the Hunter Revenant’s Deadly Edge ability that hits enemies and then triggers a Stasis blast which freezes any nearby foes. Next, we have the Stasis Storm attack which proves superb for crowd control, creating a whirling storm of Stasis that damages, slows and eventually freezes enemies that are swept up in it.

Finally, the Hunter Revenant balances the melee side of the equation with its Withering Blade skill, allowing the player to throw special Stasis projectiles that not only bounce between enemies, slowing them as they go, but also cause a truckload of damage.

It’s hard to say what the best class in Destiny 2 Beyond Light is, not least because each of them directly correspond to the key roles of damage dealer, support and tank that are required by any group to succeed.

However for sheer resilience to damage and independent survivability, the Titan Behemoth is a safe bet, not least because it allows players of all skill levels to endure much more punishment than they otherwise would.