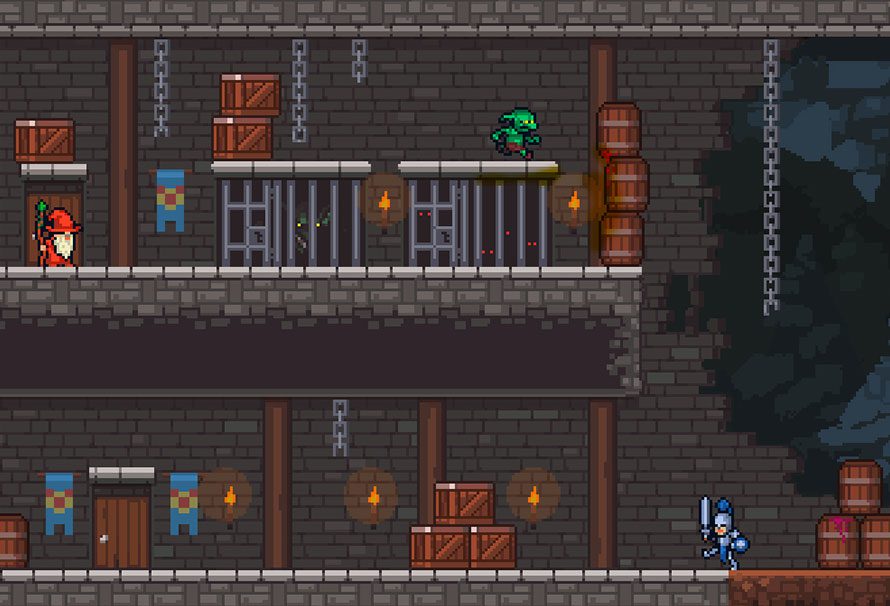 Last week Psychic Games Ltd released a Green Man Gaming themed update for Goblins and Grottos. We got the chance to ask the developers a few questions about the game. You can check out our Q&A below.

How did you come up with the concept for Goblins and Grottos?

Sam: When we decided we wanted to collaborate, we brainstormed some ideas that would suit a fairly quick ‘proof of concept’ development cycle. At the time we thought we had invented the idea of playing as a goblin versus ‘heroes’, but months later a friend of mine from a local gamedev group reminded me that he had mentioned the concept of playing as a low-level monster (his idea was a skeleton; we preferred a goblin).

What have been your main inspirations for Goblins and Grottos?

Sam: Quite a few games I guess. For me, the original Prince of Persia would be the most obvious one – I was blown away by its subtle animation and interactions between character and environment. This is something we tried hard to emulate from the start: if the simple acts of running, jumping, climbing and swinging are joyful, the game is certainly off to a good start. In terms of the narrative content, I’m not really sure if there was any particular influence. It’s just making fun of games and gamer culture generally (especially MMOs). There are lots of geeky gamer references in the story.

Goblins and Grottos, follows the story of a Goblin against many heroes. Have you always backed the under dog in games?

Sam: Interesting question. Now I think of it, I guess there is a trend there. Everyone likes an underdog, but certainly many of my non-puzzle games have taken the perspective of weak characters or at least have been pretty hardcore/unforgiving.

How does the GMG map differ from the other Goblins and Grottos maps?

Sam: We put a huge amount of effort into the puzzle design, story design and jokes, so the simple answer is that our ‘official’ maps are of a generally higher quality than what has been produced by the player community. Having said that, there are quite a few really nice player-made maps too, and we love seeing innovate puzzles being made which we didn’t think of, given the core mechanics which we have presented in the game.

What can we expect from future Goblins and Grottos updates?

Sam: Since our release in July 2016, we have added some new puzzle components (e.g. the ‘helium cloud’ which makes things fly up in the air) — but mostly, we have focused on making new funny/challenging thematic maps such as the Green Man Gaming one which has just been added, or our No Man’s Sky parody map, or our USA “guild election” (Stump Vs. Cheater) map. As well as continuing to do this, we have some more puzzle components in mind, and are also considering a Twitch-enabled multiplayer feature.