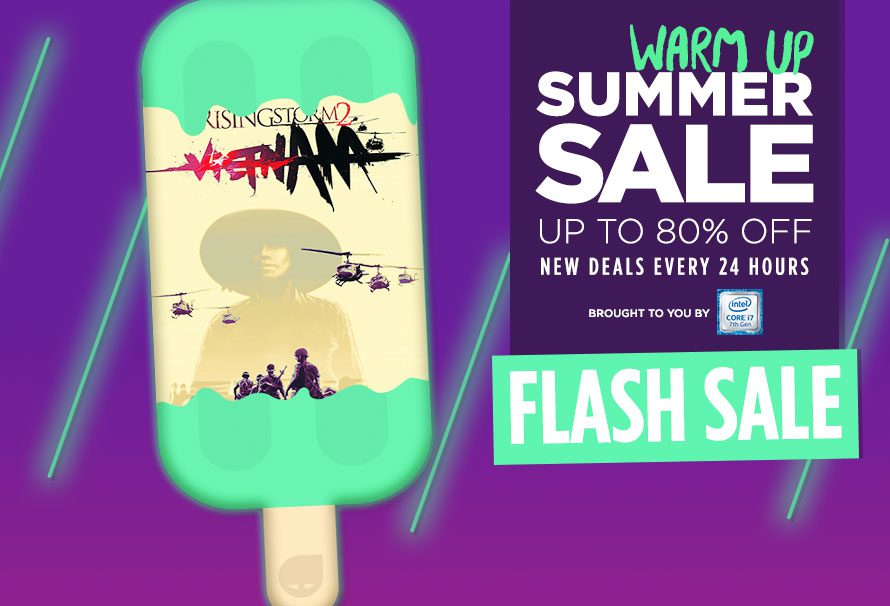 When summer kicks in, three things come to mind, great weather, ice cream and amazing deals on video games! Our Summer Sale has kicked off and we have some amazing discounts for all you gamers out there.

Rising Storm 2: Vietnam is the sequel to PC Gamer’s 2013 ‘Multiplayer Game of the Year’, developed by the same team that created the award-winning innovative asymmetric gameplay – Antimatter Games – in association with Tripwire Interactive.

Conan Exiles (46% off with voucher included)

From the developers of Age Of Conan, Conan Exiles is a survival game set in same universe as the ruthless Conan The Barbarian. Your mission is to build yourself character from the ground up and evolve them into a truly unstoppable force. Taking inspiration from survival games such as Minecraft, Conan Exiles lets players truly create their own characters and take on the harsh landscape to become the next big bad barbarian.

This War of Mine (84% off with voucher included)

In This War Of Mine you do not play as an elite soldier, rather a group of civilians trying to survive in a besieged city; struggling with lack of food, medicine and constant danger from snipers and hostile scavengers. The game provides an experience of war seen from an entirely new angle.

“This War of Mine is a gripping survival sim, and a great study of survival during wartime and civil collapse.” – 8.4 – IGN UK

War of the Overworld (80% off with voucher included)

War for the Overworld is a Dungeon Management Game that employs your favourite aspects of the RTS and God Game genres.

Gal* Gun (80% off with voucher included)

The Flame in the Flood (60% off with voucher included)

From the Art Director of BioShock and a team of veterans of the BioShock, Halo, Guitar Hero and Rock Band series comes The Flame in the Flood. A rogue-lite river journey through the backwaters of a forgotten post-societal America. Forage, craft, evade predators.

There’s also lots more deals of up to 80% off on our Summer Sale page.

How does the Summer Sale Warm up Work?

We are running some amazing flash deals daily on top titles for gamers from 17 July – 4 August 2017.  The deals change every 24 hours so make sure you snap them up quick and include an extra 20% off with voucher code SUMMER SALE (Don’t forget to use this code at checkout)

On top of this, when you receive our confirmation email, you will also be given a FREE Mystery game as a big thanks for buying our flash deal.

So what are you waiting for? Head to the Summer Sale right now for some amazing discounts.